Where do I start with his music? I really like some of his collabs, Songwriting credits and remixes but I don’t really know which of his albums or tracks to check out. Can anybody recommend some of his stuff or do me a playlist. Thanks.

I really like all his albums but I wasn’t really aware of his stuff before Blood Orange or his various writing credits etc.

I’d probably say Negro Swan is a good one to start with but I’ve no idea what the general consensus is.

Cupid deluxe is my favourite of his albums, although they’re all pretty good. You can’t really go wrong.

Cupid Deluxe is pretty good and has some very memorable moments, kind of a case of diminishing returns from there on out. Negro Swan is a nice vibe kind of album for headphones while walking though

remember when he used to be Lightspeed Champion

Freetown Sound is my fave album of his by some distance. Really love it, kinda all runs together so can wash over you a bit but when it clicks…

I think that’s true of all his records actually, if you are looking for bangers or just that kind of blast on a few tracks vibe then he probably isn’t for you. That’s not to say it’s beige or one note, but I think it’s very much a vibe, a sound that builds over the course of a record to be more than the sum of it’s parts. On a personal level I like a lot of soundtracks and a lot of instrumental or largely instrumental music and I think that’s part of why I like his stuff so much. His recent soundtrack for Queen & Slim is excellent.

Agree of his output post Freetown. Didn’t think Cupid Deluxe was like that, but everything he’s done since definitely is. I found Freetown quite a leap.

Cupid Deluxe and Freetown Sound are his two best imo

or when he was in Test Icicles 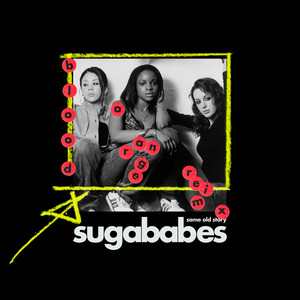 I think I’d be interested hearing some of those remixes, Metronomy doing Overload could be good. Don’t mind this Blood Orange remix at all.

Hard to believe the last Sugababes/Blood Orange collaboration wasn’t a proper hit (also that it came out 8 years ago!), it’s a great song. For a single that only reached number 50 in the UK and was deemed a big enough flop to kill the MKS project stone dead it has an oddly comprehensive wiki page