The BBC has announced they’re going to digitise and release every episode to celebrate the show’s 60th anniversary. This is of interest to me as I was once on an episode and would be very interested in seeing it again (I have no idea where the VHS tape is, and even if I did, I do not have a VHS player).

Did you watch Blue Peter as a child? Any favourite moments? Presenters? Pets? Makes?

At university my friends all realised we had been big Blue Peter watchers as children, I think there is a strong correlation between watching Blue Peter as a child and degree-level education. That or something to do with class. Not sure. 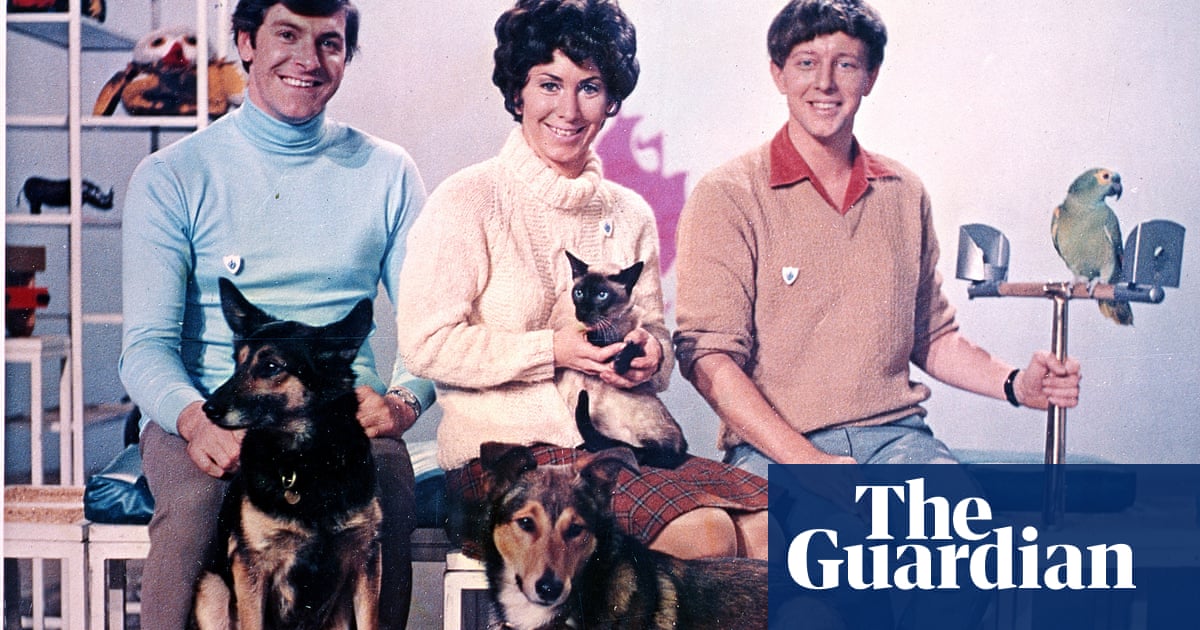 Konnie Huq was the first celebrity I ever fancied. Still do.

I have no other strong memories of Blue Peter.

Not a Katy Hill fan?

I think it’s funny about how Richard Bacon got into whatever that scandal was.

I like it when there is a dog that is on a TV show and the dog just gets on with their life but on tv.

I hated it when they went in the garden because it was dead boring.

Was Newsround on before or after Blue Peter?

That was a solid hour of television there, everything a child needed.

Oh yeah, one other Blue Peter related thing. When I am using mouthwash I use the Blue Peter theme tune in my head and swish the mouthwash from cheek to cheek in time with the tune.

Was it you that fucked over the Blue Peter Garden with Les Ferdinand?

I think it was Newsround at 5pm, THEN Blue Peter / Grange Hill / Byker Grove.

I watched it - starting with the John Noakes era cos I;m old

It was good - I liked watching it when they made things, but I never actually made the things. Every year they made an advent crown out of coat hangers

I have also stood in the actual Blue Peter garden on multiple occasions cos I worked at TV center for a bit and to my surprise it was ok to just wander into the garden. It looked smaller in real life

I remember my mum shouting at the TV as Yvette Fielding completely fucked up her pancake. Brilliant stuff

I’ve fallen down a rabbbit hole

Watching this puts the wind up me now but I don’t remember it terrifying me as a child. Clearly no health & safety at the bbc in the 70s!

#OTD 1977: John Noakes scaled Nelson's Column, on a wobbly ladder... with no safety harness...and no helmet...wearing flares... to clean some pigeon poo. Don't try this. Anywhere. Ever.