Bond - No Time to Die (spoilers)

Do we really not have an actual (serious) Bond thread? C’mon everyone, it’s gonna save cinema!

Just saw it yesterday, biggest screen at the local Vue and must have been 80-90% full? Really had forgotten what it was like to be in such a packed screen, enjoyed it once I got over the uncomfortable aspects. Be interested to see what the figures end up as and if the momentum keeps going, or if it’s just a first weekend rush 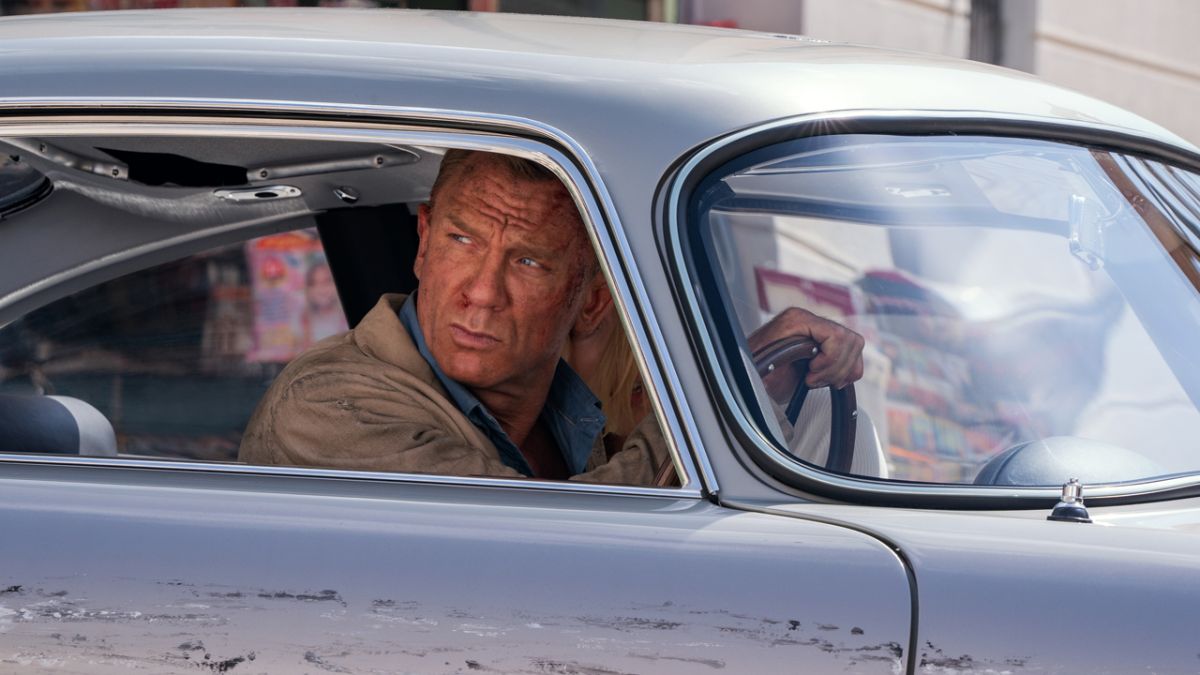 Plenty of time to count all of that money

(Thanks @eltham/others for the joke)

Really quite a big fan of that, up there in my top 5-ish Bonds ever I think. Cinematography was amazing, some of those sweeping vistas and set-pieces in the small towns, and then the “one shot” stairway sequence. Might have been looking for these elements more since I know/like Cary, but still think it stood out from the pack quite significantly.

Thought the Bond/007 elements were handled really well, enjoyed every time they came up and the dynamic the two of them had. Thought it was a shame they gave him back the title though, felt that slightly undermined the set-up later on - should have just stuck with it throughout. Lashana Lynch was really good and Ana De Armas was excellent if severely underused - could have had way more of her character. That little shot with her spinning balletically round on the ground picking the bad guys off with the camera hovering above her … proper great action sequence. And enjoyed that her and Bond clearly had a vibe but it didn’t go anywhere, nice change up. Oh, the daughter was great too! Improved every scene she was in. And not-straight Q too. I liked that touch, just slipped in without being belaboured.

I saw it with a couple of Bond obsessives/traditionalists, and some of the stuff I love really didn’t work for them - one was left basically devastated by the ending, wandering out the screen murmuring “but you can’t just kill Bond!”. So feels like it will divide opinions quite a bit among the real fans. But then they also clued me into a lot of little details I hadn’t realised, like the themes from older films that played through the film, or that the car she drove away in at the end was the same model as from On Her Majesty’s Secret Service. So it also seemed like a very genuine homage/update to the Bond classics, weaving lots of elements into a newer framework - so maybe the old Bond-heads will appreciate that part. The whole thing was apparently like an update and commentary on OHMSS, just with the fates of Bond/the wife flipped around - which is pretty cool if that’s the case.

Thought the ending had some real weight and power, actual got a (single) tear in my eye for it! Felt a bit Marvel-y with the set-up and how big they went, but then it actually had an impact and consequences and the hero didn’t somehow miraculously escape. Tied together all the Craig films well and was as good of an ending as I could have wanted - emotionally at least.

The bad guy/the plot/the danger was really the weakest part, didn’t do much or offer much to the story beyond being the driver for some of the other revelations. Liked the vial of blood that meant he would never see his family, that was suitably powerful, but the rest fell a bit flat. Bionic eye guy was a real damp squib of a villain but hey - cool haircut

Liked: The beginning, the ending, Lashana Lynch, Ana de Armas, the usual Team Bond stuff
Disliked: The villain (Rami Malek is really good in Mr Robot but just seems to be endlessly miscast in films), Billy Magnussen signed up for a nothing role, Blofeld is totally wasted, that Russian scientist guy is really annoying

Yeah I really enjoyed it, I think it’s up there with Casino Royal as a great Craig Bond film. I quite enjoyed Skyfall and remember nothing about the other two (I couldn’t even remember Spectre’s title). Shame they couldn’t have had a stronger middle film(s) and made it a trilogy or something.

It looked beautiful, the locations were amazing and some great action sequences. Lots of nods to Bond tropes (gadgets, cars, the villain’s base etc) but also managed to update a lot of things.

Loved the end, I thought they’d end up having him retire and the new 007 take over so thought it was great they killed him off, it was really quite powerful. Seems to lean into the Bond being different people ‘theory’, did I see a portrait of the original M as well as Judi Dench?
I would have like a proper passing the mantle scene with Lashana Lynch being made 007 again and maybe getting some kind of getting a Bond code name. Did the character have a name or was she always just 007?
Anyway, I thought it was great fun and a strong end for Craig.

Enjoyed it. The Ana de Armas sequence seemed to have been dropped in from a different (much jollier) movie.

Couldn’t work out the age of the Rami Malek character. He seemed the same age as Lea Seydoux yet also an adult when he killed her mother and spared her as a child.

Rami Malek is 40 so maybe he was like 20 in the opening scene and maybe Lea Seydoux is playing younger than her actual age in this role?

As for the Ana de Armas bit, true enough but one aspect of that sequence wasn’t very jolly at all!

yet also an adult when

yeah i thought this too and was confused with the ages, but i’m thinking maybe he was more of an avenging teenager, so if Lea was 10ish at the time then maybe the gap is only 8 years or so

Some of the writing was fantastic; that long scene between Malek and Seydoux where he reveals who he is, Fiennes and Craig just chilling by the river, and yeah incredible colours.

WTF do they do next??

Feels a bit harsh that some countries have to wait a whole week to see it. Wonder how many will make it into the cinemas still not knowing what the ending is. Having said that I’ve not seen much wilful spoiler-ing, surprisingly.

i thought it was really good. probs agree that the baddies were the least interesting part and not that keen on the blofeld stuff. i liked the lair though.

thought the action was really good in italy especially. was worried when that guy from mock the week turned up but glad he didn’t last too long

who was q cooking dinner for?

cried loads. felt a bit oooh when they played a tiny bit of ‘we have all the time in the world’ at the start and then at the end it was

liked when he introduced madeline and his daughter as his family

and i think it did that stuff better than any of the other films. carrying dou dou around at the end :((((

also i couldn’t get kevin mccloud from grand designs out of my head. james bond talks a bit too much like him sometimes

Always liked Bond films but can’t remember the last one I saw, or if I actually saw all of the ones before it. It was probably one of the first 2 Daniel Craig ones.

It was fine unlike others I really hated from the point that Madeline and the child (which I never caught the name of always seemed mumbled) went onto the boat with light behind them just all felt heavily signposted from that point on and that bit jn the car at the every end jeez. Generally needed more of the lass from Knives Out and a decent full on Q car chase the Valkerie being a background prop was a bit of a piss take. Favourite spot was The Wrong Trousers on the tele at the beginning. Also the big baddy was a waste

In these days of the Internet spoiling everything, I can’t believe I managed to see it tonight without having had the biggest twist of all spoiled in advance. Albeit the title of this thread might be a little unhelpful in that regard?

A good entry into the series, I think.

Saw it last night, in a sold out cinema.

As others have said, the cinematography is truly excellent and the occasional homage to past Bond films a nice touch. One of the more accomplished ones of the Daniel Craig series.

hundreds of people shooting at Bond and missing

also really liked the bit where Lyutsife shoots through the ice to free Madeleine, somehow not hitting her even once from a few metres away with a hail of machine gun fire

Really want to see this because I love Bond but also I never have a chance to go to the cinema any more so it will be fucking ages before it’s available to stream.

Can’t decide whether I should just read the spoilers or not.