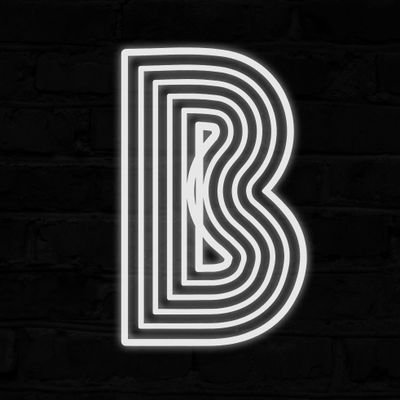 @theborderline
It is with a heavy heart that we announce @theborderline will close its doors for the last time this summer. This has been an extremely difficult decision & one we are very sad to make. You can read our full statement here: bit.ly/2E4iyKo https://t.co/x5g0zBTCGk Legendary Soho venue The Borderline will close its doors at the end of August.

Obviously there was THAT Hotelier gig, but Sparklehorse supported by Lift To Experience was the ultimate highlight for me.

Damn that sucks - more and more great venues are closing

What a shame. On the plus side, I hadn’t seen the Garage has been “saved” until that PR

THINK Hotelier is the only time I’ve been there. Amazing gig obviously.

Might’ve seen Shugo Tokumaru there too.

Not been much on there recently I’ve been that fussed about, but used to go there a lot c.2008. Best show I ever saw there was the BNQT gig (Franz Ferdinand, Travis, Grandaddy and Midlake playing their collaborative album AND the greatest hits of each respective band), although Wolf Parade were also brilliant there.

Shit news. Good venue for both gigs and club nights. Also super central obviously - that corner of Charing Cross Road/Oxford Street used to be so great when it featured Astorias x2, The Borderline and The Metro.

my band’s last show was at the Borderline with TTNG. What a fucking great venue, this is so sad.

Other than THAT Hotelier gig, I think I’ve only been to Kvelertak and Anathallo shows there. Both were good, although Anathallo was marred by chatter from the bar.

Only been once, to see M Ward.

This should surprise nobody with local knowledge: Was that the solo gig a couple of years ago? That was ace - big fan of the Let’s Dance cover.

Can only recall going there a couple of times; New Pornographers and Urge Overkill. Both were amazing, not sure if that was because of the venue though. Felt really oddly laid out, with pillars in annoying positions. I may be mis-remembering though.

Still, shame that another small venue is being forced to close

When I lived in London in the 90s I went to gigs in that area loads but I can only remember 1 trip to the borderline weirdly - The Jayhawks in 92. Was an amazing gig though, every time seeing them after that was a disappointment in comparison

Felt really oddly laid out, with pillars in annoying positions.

It used to be pretty badly laid out, but after DHP bought the venue (from the MAMA Group) they refurbished it and the sight-lines were massively improved.

Nah probably about 2010? He got arsey about people taking photos.

No pictures when I saw him, tbf. He was in a good mood all night.

I like the venue despite that big fucking pillar that made viewing bands from the back very difficult.

Not sure who does their bookings but I go there very rarely nowadays. My last gig there was perhaps Desperate Journalist as a support band a few years ago and only have Press Club booked there in a few months.

As mentioned above, yes Tottenham Court Road was the place for music venues in the late 90s/early 00s. ULU was a good place too; another venue that I don’t go to too often.

I saw a bunch of gigs there but don’t think I’ve been since about 2010. I’m kind of surprised they’ve lasted this long in the face of the Crossrail works, etc.

Favourite gig there was Okkervil River (with Charles Bissell from The Wrens filling in on guitar), supported by AA Bondy. Is the 100 Club the last Central London venue standing?