the fuck is this?

It’s the top of a picture, mate. Looks like some kind of pampas grass

Oh sorry, you outed yourself here:

Kingsmen (Poll thread) (and spoiler thread if you care)

Jude Law is great in it.

Kind of for crumblies isn’t it

Used to play bridge for cash at school when we were doing A-Levels. Won ££££££s off Rashid who was enthusiastic, but shit. He was also the 6th Form Treasurer and it turned out he was embezzling funds to pay his debts.

thanks for your post. bridge doesn’t really work when you introduce money does it?

very much so yes.

what does this image represent in a bridge context dude

Um… just the old thing about bridge being a cover for swingers.

My Dad was briefly interested in playing Bridge when I was a kid. He was probably in his late 30s. He got a beginners guide book which I don’t think he read.

He’s in his seventies now and still can’t play Bridge.

This is my contribution.

It kept me in CDs

Hearts is based on bridge, isn’t it? But it’s better.

My parents used to play years ago. They met an older couple called Don and Mary, who I thought of as a kind of uncle and aunt when growing up. They had a caravan. Don and Mary are dead now, but they both lived happily well in to their 80s, so no need to feel sad. 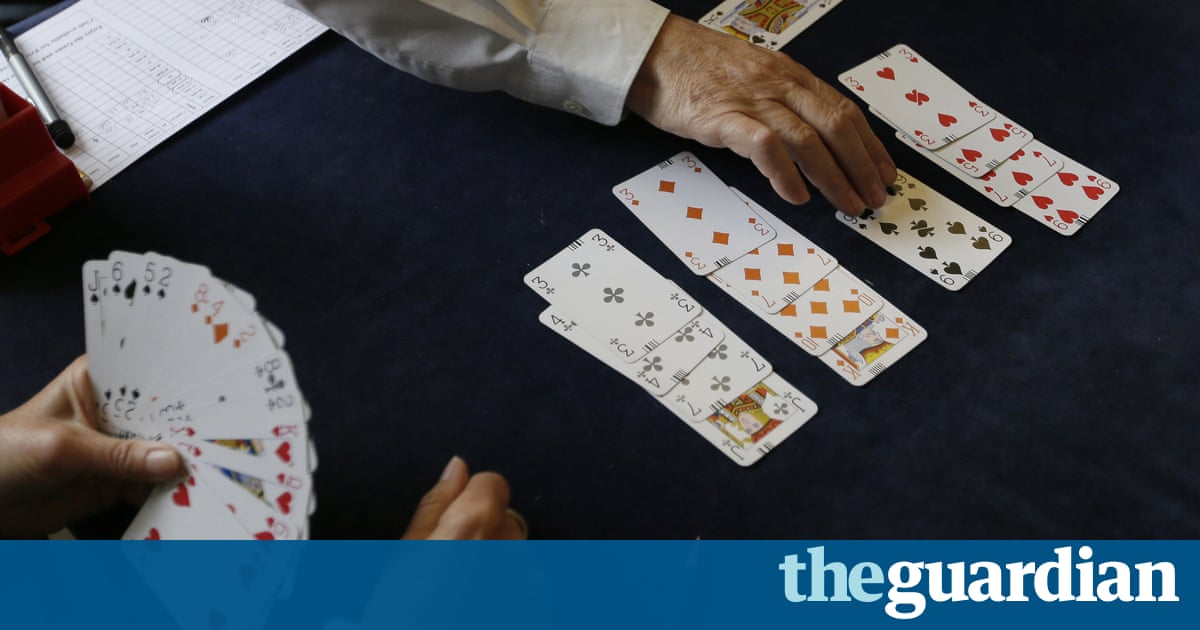 Not the real deal: EU court rejects claim that bridge is a sport