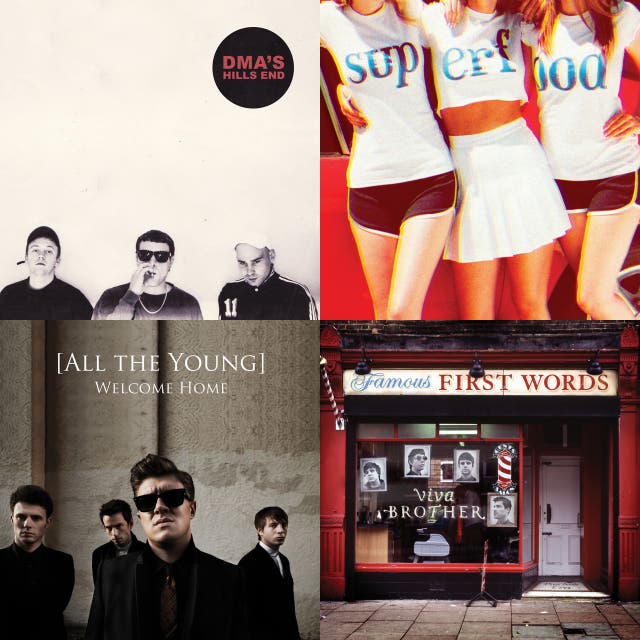 Britpop Revival, a playlist by Alejandro González Rivero on Spotify

A playlist featuring Viva Brother, All The Young, Superfood, and others

Are there more Britpop Revival groups?

Is this where we are, then?

What do you mean?

Just that we’re at a point where we’re reviving Britpop. Bleak.

Britpop is probably back.

Shit! Does this mean shoegaze is dead again?

Some bands that weren’t Britpop got roped in with that shit “genre” to an extent like Suede. Others steered their sound towards it to make a bit of cash like Lush. Others like the talentless Menswear exist solely due to Britpop and vanished before or after it ended.

Overall, not even a genre of music. Move on.

Not a class name for a Britpop revivalist band

Is this the “a wee bit like the Kinks, not bad” Britpop or the “fuck it, let’s hire the kick horns” Britpop?

I don’t think that’s very fair on Lush. Take it back or I will tell on you.

If that was the name of a Britpop retrospective album, this would be CD1, Track 1

I’m a big Lush fan but I think their sound on Lovelife was steered towards what was perceived as Britpop. I prefer their earlier albums. Even on their comeback they didn’t play much from Lovelife.

Was that popular at the time? Fucking Hell it’s poor.

I agree to a certain extent, can’t imagine they did it soley for the cash though, just a change in direction. And it’s still not really britpop is it.