Anyone heard these before? I was trying not to buy too many records… 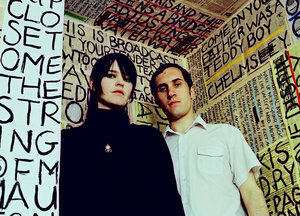 Always loved Come on Let’s Go but never explored them much outside of that, decided to do so a few weeks back and I’m having a lovely time.

Got the microtronics 3inch cd and its pretty good. definetly looking forward to the sessions in particular, read a glowing review of all 3 in uncut magazine the other day.

Microtonics sounds right up my street.

whoa, holy shit - good find! massive fan, but never heard these things before, so am intrigued!

This is A Good Thing.

Looks like the Microtronics cd is all of the tracks from the two volumes of mini cds that came out a while back. More sketches and ideas than fully fledged tracks tbh (most of the tracks are about 1.30 long) but still great.

Mother is the Milky Way is a tour cd. Called an EP but it’s album length. It’s brilliant. Copies currently go for about £150 on Discogs, so great that it’s being made available again.

The Maida Vale stuff looks great too. First 11 tracks are from two Peel Sessions and a Steve Lamacq session recorded between 1996-2000. Don’t know where the other tracks are from.

Massive thanks for the heads up - so great to have more Broadcast even if it is archive stuff. Miss them so much

Nice overview of the records too: https://bleep.com/release/269072-broadcast-broadcast-bundle

Yup. Will be nabbing all three of these. Broadcast were immensely special.

Got back into Broadcast last year after a long time not listening to them, so this has come at the perfect time.

Mother is the Milky Way is a tour cd. Called an EP

This is possibly my favourite Broadcast release. So good.

have just stuck Tender Buttons on. Ain’t listened to this in fuckin ages.

The best band ever. Change my mind.

Awesome. Hadn’t expected there to ever be more Broadcast. Thanks for the heads up

There was recording made for another album, but they’ve since said that’ll never been released. I wouldn’t be surprised if some of those ideas filtered into the Children of Alice album

Looking forward to saving this up for the right time.