Yeah, just pointing it out as a bit of trivia. We’ll get to his big push as a singles artist in Born in the USA week.

GFAPNJ is a good record rather than a great record as he’d go on to make several of. There are big hints of what brilliance lay ahead in the song writing for me, but doesn’t move me the way some of those later, more rounded records do. 7/10. 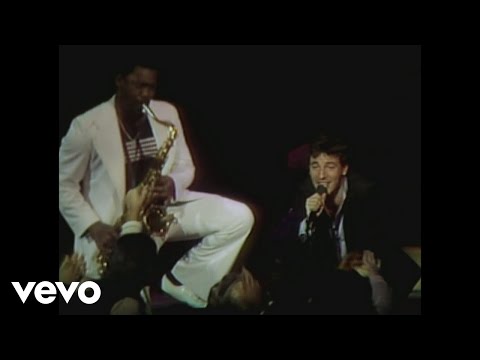 Fine example of how these songs grew into monsters on the stage.

There’s such a profligacy of live recordings now, especially with the official archive releases, that I rarely find myself listening to his studio albums now. You should check out of the 70s and 80s recordings. Passaic '78 and London '81 are incredible. They’re $10 but worth it at over 3 hours each.

Definitely. The Archive Series is an absolute treasure trove. I should certainly check out a few more of those releases.

This is decent. Mainstream US Nick Cave vibe I’m getting from this.

Similar thoughts to others on this. Knowing where he would go a couple of years later colours the way that I listen to this - feels like he’s trying to cram a lot of ideas in, and it’s a little messy as a result, but in a charming way. There’s obviously the new Dylan, super-wordy thing going on too.

The start and end is great, and Lost in the Flood is a solid centrepiece, the album just loses focus a couple of times in the gaps.

Greetings is a weird one, it’s good but The Wild , the Innocent and the E-Street Band does everything better. It’s also a bit muted - it never builds up too much energy. I’ve read somewhere that the label basically stopped them using electric guitar and pushed back on some more energetic versions.

The songs are all there though, almost all of the album kills live (as shown above!) so it’s just a case of Bruce not quite being Bruce yet I guess

Todd Rundgren did apparently agree to produce Bat Out Of Hell because he thought it was a Bruce Springsteen parody and it had members of the E Street Band playing on the record. You can definitely hear ideas nicked by the Meatloaf team here and there.

I hadn’t heard this album before. Its solid enough without often hitting wow. I think Growin Up is one of the highlights along with It’s Hard To Be A Saint. I knew the Bowie cover, but didnt know it was a cover. The original is great, but I can also hear why it appealed to Bowie. Agreed that Mary Queen of Arkansas is a real, energy sapping stinker - especially right out there at track 3!

My main takeaways from Greetings… are that firstly, the band were really tight from the off and secondly, that it puts into focus just how steep his development curve was for the next record. The Wild… was apparently released the same year, but the step up in terms of songwriting is incredible!

The run after this one coming is pure.

Took me three attempts to get through this in one sitting, which tells you where I’m at with it even after all these years.

Had a sneaky listen to The Wild… straight after and it feels like clear sailing from this point on - for the next decade or so at least. Feels a lot like Neil Young’s early solo trajectory in this respect.

Never got on with Blinded By The Light. Wordy, sub- busker level bollocks. Growin’ Up and Spirit In The Night would be my playlist picks - though I do prefer the guitar led version of the former that appears on Tracks.

@NeilYoung not sure how long you normally leave these open for, but at the appropriate time can you start compiling the Spotify playlist please?

Will do! I’ll let it run until the next album appears every week.

I’m one of those Springsteen fans the queues up for days before and travels around the continent when he tours so all in with this thread.

I struggled with it on first listen, after adoring his later albums I found the jumbled lyrics and wordiness tough. Preferred the slicker Bruce a couple of albums down the line - this just felt like a stream of consciousness and rambled a bit much.

Over the years I have grown to like it a lot more as an album, as mentioned earlier in the thread some of the songs really come alive on stage. I also read more about Bruce and his song writing and began to notice the characters and stories in the songs was not the rambling I previously thought.

All in all a great debut - that seed of something truly special is there but can understand why it won’t grab you on first listen especially if you have heard the rest of his albums.

Actually found it really hard picking a favourite, still really surprised how good an album it is (coming in fresh)

Lost in the Flood, Spirit in the Night, Growin up and the two I chose - all top songs

Really excited to be on board with this, with an artist who I love but where I’ve only really spent time with the big hitters.

As an example, never listened to this record in full so will give a go now.

I absolutely adore this album and have for most of my life. Love the packaging as well - in fact, so much so that I have it on both vinyl and one of those miniature Japanese replica CDs.

One of the best debuts of all time, and massively underrated. I think his first two albums routinely get overlooked.

I cannot understand what he’s on about on any of the lyrics though. “Nuns run bald through Vatican halls, pregnant, pleadin’ immaculate conception.” - wtf? I guess he was massively influenced by Dylan (another one I can never understand), before discovering his own, more straightforward, voice.

I’m pleased to see allmusic.com giving all of Springsteen’s first eight albums five stars, apart from (slightly bizarrely) Darkness on the Edge of Town which drops half a star. I can’t think of any other artist with a run like that straight from their debut.

I was thinking REM but no, nowhere near. Out Of Time gets a very weird two and a half stars

Close and to my ears better than Springers, but am open minded and will float along with this club.