Our BT deal is up and we have the option of Virgin Fibre where we live so tempted by superfast internet speeds. Anyone got any views? We’d want multiroom as we watch TV equally between our lounge and our openplan room, which apparently with Virgin means running a cable (which should be doable as both TVs are on the same external wall (just in different rooms)

Whats the virgin TV box like? Is the internet hub good and reliable?

Oh and a poll…

Never had any bother with Virgin here, at our last house or when I was living with my parents.

In-laws had BT until recently and it was dogshit and we had Sky a few years ago and it weren’t great.

i have virgin, it’s really fast and generally reliable. only have broadband though so can’t comment on the TV side

iirc, anything that isn’t virgin is going to be the same infrastructure as BT, so they’re all going to be much of a muchness in terms of performance, the difference is just going to be price/customer service

We’ve got EE which I think piggybacks on BT’s infrastructure. It’s much better than Virgin was.

iirc, anything that isn’t virgin is going to be the same infrastructure as BT, so they’re all going to be much of a muchness in terms of performance, the difference is just going to be price/customer service

With a few fringe exceptions, yeah this is still mostly the case for Internet/Phone, at least from the exchange to your home. TV packages are where the big differences lie these days.

We have Sky Q plus their broadband. It’s fine, seems very expensive for what it is and doubt we’d really miss it. But when I phone up to cancel they knock an absurd amount off and I just say yes.

The planner is great though, and you get all the HBO stuff through Sky Atlantic (think that contract might be ending next year though, and assume Sky will lose that content and it’ll go on HBO Max).

I think the Sky Q mini box would work for your multi room set up… costs extra on top obviously.

We were on Sky for a number of years and we’re generally happy with it but switched to Virgin during the pandemic as needed bigger bandwidth to cope with all the WFH. At the time we could only get 10mbps on Sky but Virgin could give us 100mbps+.

The postcode checker for BT Openreach says we can now get 53-80 Mbps on Non-virgin. So check your area as they’re upgrading all the time.

got vodafone superfast fibre or something. Notice zero difference from unremarkable broadband speed and cuts out more than talktalk did

Then loads of streaming sites…nowtv film & ents, nowtv mobile sports, netflix, amazon, apple tv etc.
Virgin always seems to be the one going completely down round here/london. Remember it being down xmas eve through to new year when staying at my mum’s so that was emotionally scarring.

We use Virgin and the landlord upgraded it to unlimited when the pandemic kicked off and we needed to work from home/spend more time on Netflix.

They’re the only internet provider I’ve ever had that gave us shit for pirating.

Sky’s been good for my parents. BT was the best tho. 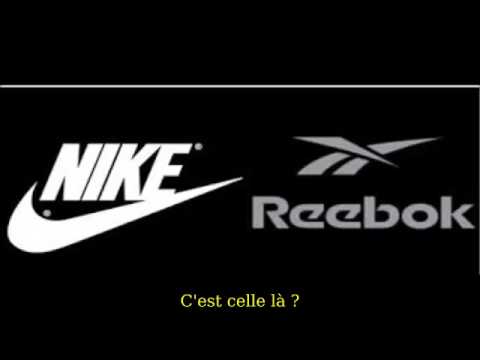 I was with Virgin Media for 20 years and they were great, until 2 years ago when it became really unreliable and often went down in the local area making it difficult to WFH.
Yes Virgin Media was super fast, and I got 150mbs, but I realised you really don’t need anything that fast.

I’m now with BT getting around 50mps which I’m more than happy with, I paid the extra for BT Hybrid, which gives a mobile backup if it ever goes down. It has never gone down to my knowledge, so I might cancel that bit. Knowing my luck it will go down the day after I cancel.

I paid the extra for BT Hybrid, which gives a mobile backup if it ever goes down. It has never gone down to my knowledge, so I might cancel that bit.

didn’t even notice it went down

True, but I believe it takes around 90 seconds for it to failover to the backup mobile router. So my remote desktop to work would disconnect at least.

We’d want multiroom as we watch TV equally between our lounge and our openplan room, which apparently with Virgin means running a cable

So both boxes have to have a coaxial cable to watch live TV, you’re right. We recently had a 2nd box added (made our bundle deal cheaper) but wanted it in the loft room (which virgin wouldn’t run an external cable to due to working at height restrictions)… So we took the box without hard wiring it by coaxial. It can talk to the main box in our living room over wifi, so can watch on demand fine (and can also watch recordings from the main box - which means you can just tell the wired box to record live TV then pop upstairs to watch “the recording” - not sure if I’ve explained that well, but if occasional live TV is fine there’s a work round)

Broadband is very fast and generally reliable. Have always found their customer services good. New generation Hub seems much better than previous ones (used to need a mesh, now just use the Hub they provide across a semi (with loft room))