From starting in a similar position to you and figuring out a budget, looking at initial properties to find what we liked, sorting a mortgage in principle, putting in offers, applying for a mortgage, to finally having an offer accepted, took us around 11 months.

It’s since taken a further 7 months to get to the point of exchanging contracts (which should be happening this week or next), so it’ll have taken a year and a half by the time we get keys and have moved in probably.

It’s been incredibly up and down throughout this time which we weren’t quite prepared for emotionally (we’re going through shared ownership which has some additional complications that make it quite a slow and stressful process) but it still feels as though it’s going to be worth it over renting.

Think starting some of the practical stuff as early as possible is helpful even if you don’t start properly looking for a few months, like talking to a mortgage broker and figuring out what is affordable etc really helped to focus our search. Also making sure finances are in good health from an early stage - ours were fine in the end, but we didn’t realise just how closely things like our bank statements would be scrutinised by the lender, which was slightly nervewracking.

so it’ll have taken a year and a half by the time we get keys and have moved in probably.

It’s generally a bit quicker in Scotland fwiw, once you set a date it’s actually fairly binding so everyone works towards it. In England you set a date and everyone goes “lol I have to do some work?” and misses it.

Our flat in Edinburgh went on the market in August, we actually sold in December and that was a slightly later date than the buyer wanted, we could’ve done November.

Depending on chain length etc, it can be done faster in England/Wales too. We went from listing to completing in a little under 2 months with just two of us in the chain.

Nightmare getting it done though - would not recommend.

Think we’re much more towards the extreme end of how long these things take from speaking to others, who’ve managed it relatively quickly.

The 7 month delay since finding a place has been issues to do with it being a new build. And we actually offered on the first place we ever saw back in April 2021, which we could have moved into within a few months as it was chain free, but lost out due to the sellers (a housing association) prioritising certain criteria which we didn’t meet.

For balance we were about 6 months end to end

Most of the time when I’m looking at houses I’m not thinking ‘wow, I’d like to put my stamp on that’, I’m thinking ‘I want that house, and all that person’s stuff’.

Like this, wish I could just move into that. Miles more interesting than my flat… 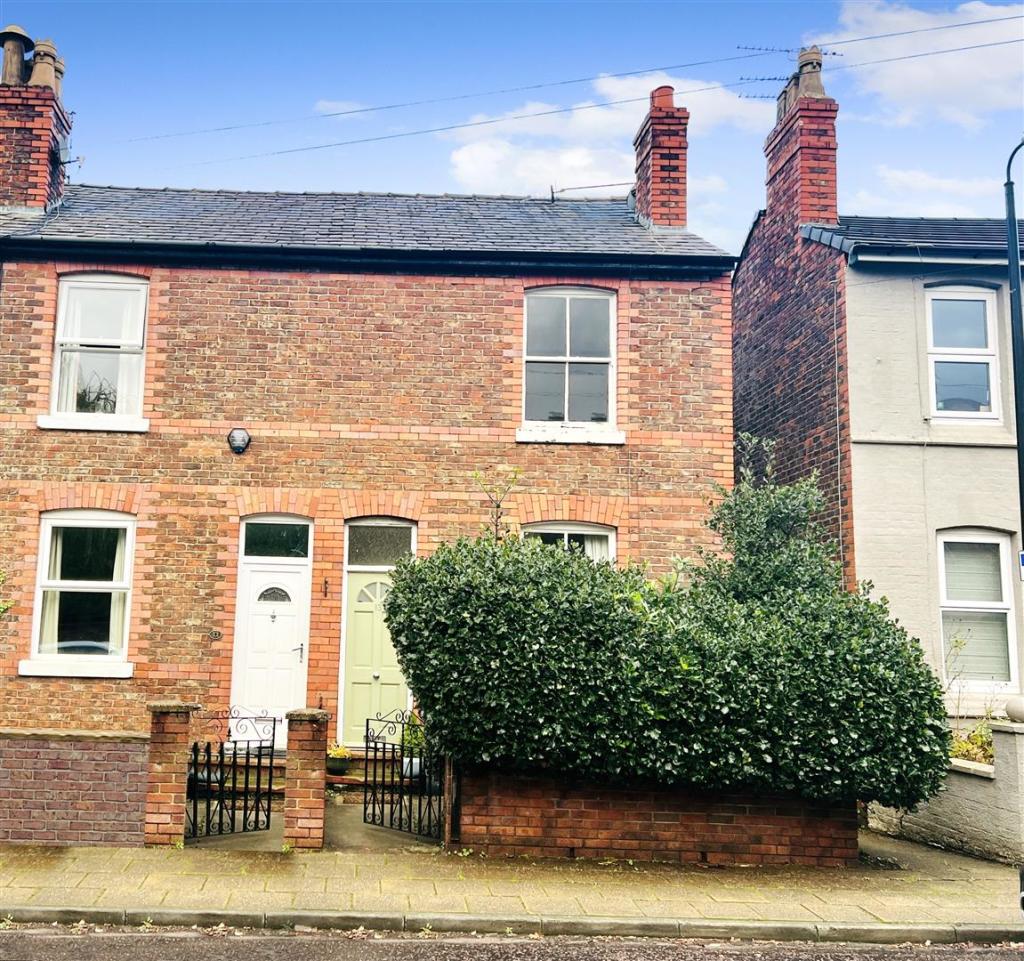 Check out this 2 bedroom terraced house for sale on Rightmove

Can’t imagine how annoyed I’d be if I paid £400k for a kitchen that small. I could barely prepare a Pot Noodle there.

Kitchen doesn’t look massive but the dining room makes up for it though, surely?

Obviously you’d convert the rear living room into a kitchen/diner and use the kitchen as a utility room or something.

I’ve noticed a lot of terraced houses, guessing they’re Victorian, around the north have that layout - a small ‘back’ kitchen or scullery, and a huge back room which would have been where people ate and washed, etc. Guessing they might have had tables in there for food prep, etc.

I love houses like that. Assumed they would have been workers houses, but the internet says Hale has been a commuter town since the 1860s. The areas around there are some of the most expensive outside of London now.

the most expensive outside of London now

Finally, finally, after a series of events too baffling and at the same time boring to report here, we have exchanged contracts on a house today. Completion date is Friday.
Hope this house works out because I’m never buying one again!