Despite being 37 years of age I have never actually purchased a television. Anyone recommend a decent model that I won’t have to replace any time soon? Do I need a separate soundbar / speakers? Are projectors still a thing? I also would like to watch YouTube and Google TV without having to connect a laptop - this is what a “Smart TV” means right? If so, do you have to type in your searches with a normal remote (sounds a bit fiddly)?

I guess the energy consumption goes up significantly proportional to screen size. More interested in decent picture quality, and probably most importantly good sound, than having a huge display.

I tried reading a couple of reviews, but yeah, you know what they are like.

Not anything to add beyond that.

if you’re not fussed about anything high end you can probably walk into a tesco and walk out with something decent for a couple hundred quid.

if you wanna go a bit more billy big bollocks i’d go into richer sounds and see what’s the best you can get in your price range, try a couple of different ones. try and haggle em down if you buy a few bits.

Do I need a separate soundbar / speakers?

Are projectors still a thing?

this is what a “Smart TV” means right?

yep, it’s a bit fiddly but you can also find a video on youtube on your phone or laptop and then cast it to your TV, etc.

This is a good, well-explained guide:

My best value TVs, 2020-2021 Edition Please read this post before posting and asking for advice. Include all the information we need to recommend you the right TV! Before choosing an LCD TV you must understand which panel type you want from a TV,...

Don’t get me started

I’m hoping to not have to buy anything for at least 10 years after this, so I don’t mind investing a few quid. I’m in Sweden so no Tesco / Richer Sounds, but think we have a place called HiFi Klubben relatively near which I could check out. Otherwise it is the equivalent of Currys.

This sounds ideal - just using the mobile as a remote rather than actual playing the content on it and casting it.

There’s no particular reason you should listen to me, but I’m gonna gob on regardless.

Just close your eyes and stick a pin in the Richer Sounds catalogue innit. Or the J-Lew website. I ended up with a mid-range Sony based largely on the basis of the OS/TV guide, and the colour of the bezel (wanted alu silver), rather than paying attention to any reviews about picture quality (it’s a major brand, how shit can it be).

I’m massively sceptical of smart TVs. Netflix and iPlayer are ok on 'em as they’re very browsable with next to no typing, but YouTube is unusably fiddly, so I revert to going via a Chromecast stick plugged in the back for that. Would be quite content to just cast from my phone through Chromecast for everything, tbh.

All TV speakers are essentially pointless. I used to run my TV through a sub-£100 Cambridge A1 amp + speakers from my 90s JVC midi system. Switched to a Denon RCD-M40DAB mini system (+ same speakers) a few years ago. The current Denon equivalent is £290. Or ~£450 when paired with Dali Spektor or Q Acoustics 3020 speakers (which would surely be an upgrade to what I’ve got). Which is hardly big $$$.

Occasionally I’ll check out some soundbar reviews. Simply cannot convince myself that any would be a viable upgrade. They have the stench of fad, and all seem to be suspiciously cheap and skinny/small (sometimes requiring a separate subwoofer box and who can be arsed with that) and encumbered with crappy smart speaker functions, else they’re truly big $$$ high-end jobs.

Closest I’ve got to finding a tempting soundbar that might be a better value upgrade than some half-decent bookshelf speakers has been the Dali Katch One, which genuinely seems like a proper piece of non-smart hi-fi kit for a non-crazy (though admittedly not cheap either) price (£650).

Reckon I could be a What Hi-Fi writer?

All TV speakers are essentially pointless.

You mean built-in speakers, or stuff like this - A36 - Audio Pro (which I think have a built-in amp)? 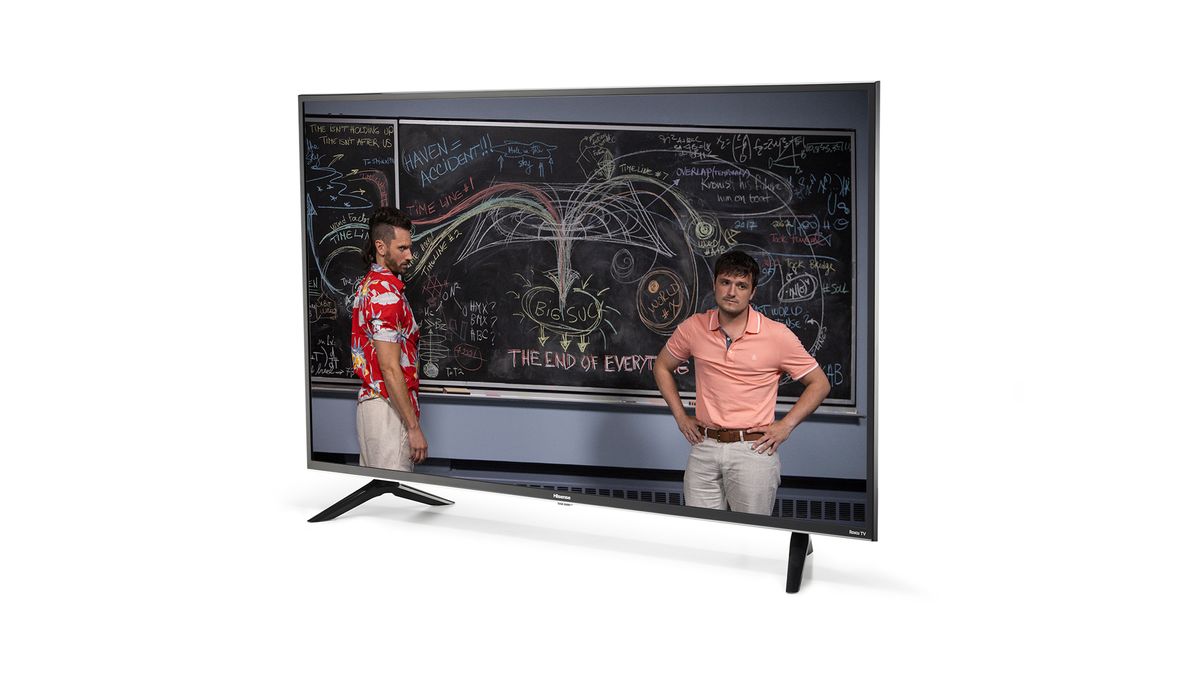 This smart 4K TV is extraordinary value for money

That is a very appealing price!

Only gave it a go because I bought a ps5 wanted a 4k hdr and anything bigger wouldn’t fit in the flat without looking ridiculous.

Obviously pictures on darks and sports not as good as a £800 model but the UI and how well the apps work is better than them.

mines an LG one and seems ok. i think there was a reason i wanted LG but can’t remember. one thing i remember from reading about tvs is that the tv technology in 2021 means cheap stuff is pretty good if you’re not too fussy

We have two Samsung 4K smart TVs and very happy

Oh, one other thing: most manufacturers bring out new models every year around January-March. This means that last year’s models drop significantly in price, although availability may get worse, up until about June time.

If you can find a model from 2020 that you like the look of, at the moment you’ll probably be able to get it for about half the price as when it was first on the market

Just watch out if you have a Fire stick

Don’t understand how loud people are watching tv for it to require a speaker system and subwoofer.

Do they all have those ridiculous cinema rooms like in a footballers house?

If my tv volume goes above this:

Then I worry about annoying the neighbours

It’s not about volume, it’s about having the full range of sound and not a tinny in-built speaker.