Can anyone explain this Trillion Dollar Coin thing? and I don’t feel like I understand it at all. 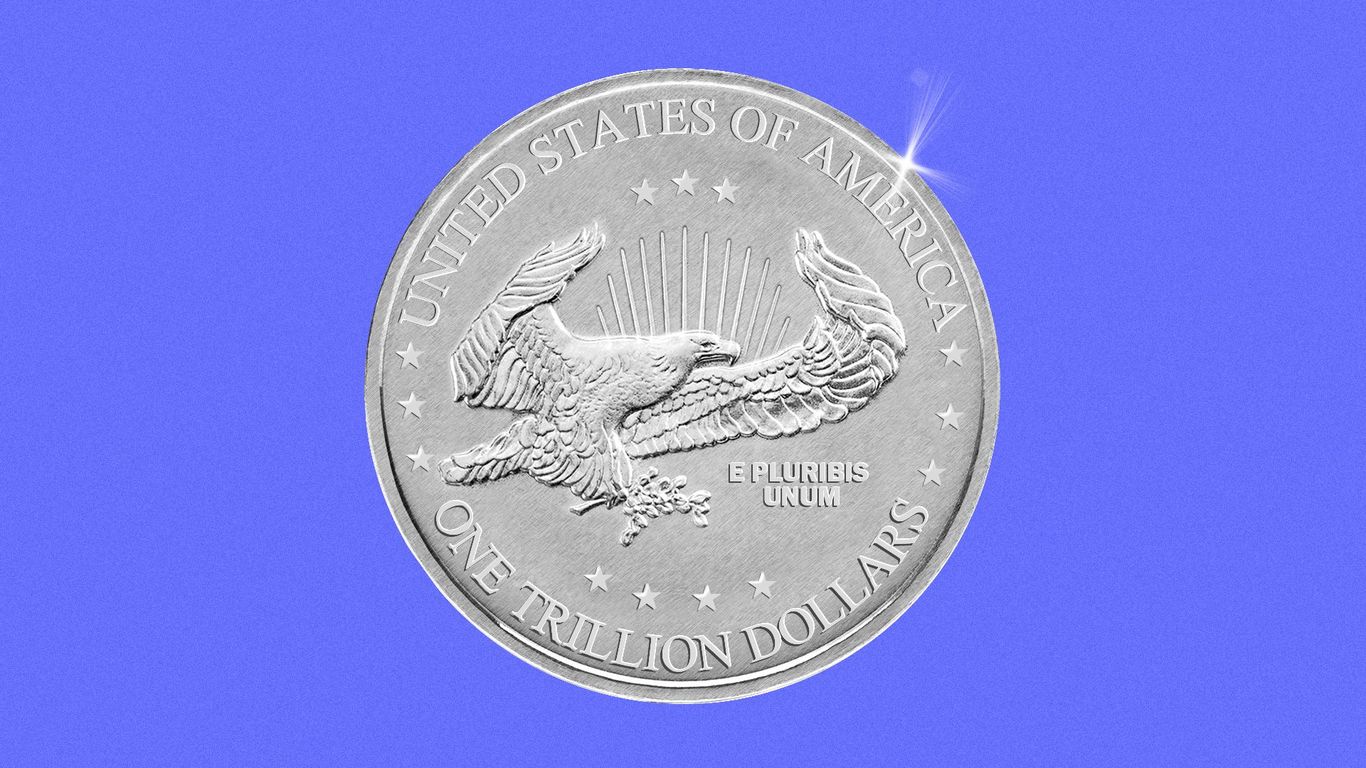 Trillion-dollar platinum coin could be minted at the last minute

The coin could be deployed to help bridge the gap between the money running out and the debt ceiling increasing.

About the only thing I can get behind is whatever Statham/Rock/Vin Diesel trashy heist movie this precipitates.

I can’t hear about it without thinking of

money is imaginary at the highest levels

Sure but so are stories and yet I like them to be logical and follow some kind of understandable route if they’re not going to be pure high art. This is not pure high art.

As I understand it:

The US government has a legal limit on how much it can borrow (the “debt ceiling”). This is regularly raised by congress, but can sometimes become a political issue. If they can’t borrow more, they would default on their existing debt. I’m assuming there’s also the usual stuff around paying federal employees, financing federal programmes etc.

The trillion dollar coin would be a way around this, because it would be new money being created and deposited in their account.

Economic rationale is that you can’t endlessly create money as it causes inflation. I guess this is a trade off, ie a one-off creation would be better than what would happen if the US defaulted.

(Happy for someone to correct me if I’m wrong. I did a-level economics and then studied it again as part of my degree but this kinda stuff I always struggled to get my head around!)

It’s the inflation side I’m confused on then, maybe, because surely the inflationary effect of creating a 1 trillion dollar coin is huge, but maybe it’s literally just a getout of the debt ceiling thing and in reality the total amount of dollars isn’t changing ?

Misread this as trillion dollar Colin

Misread this as trillion dollar Colin

The best explanation I can think of for it is that the world is run by cringing charlatans playing a foolish game with big numbers and we’re all going to die burning for their profit.