Can anyone recommend a beginner DJ setup?

Looking for something to plug into a laptop. Nothing fancy, following a successful iPod DJ set at a wedding last summer I’ve been inundated with a further 2 bookings., and I basically want something that will allow me to mix seamlessly and also look complicated enough that drunk revellers won’t come up to me and just think they can take over for a bit.

Been looking at this but the plastic build, flashing lights and amount of comments on YouTube saying ‘great for a 12 year old’ have got me wondering if i’m aiming too low 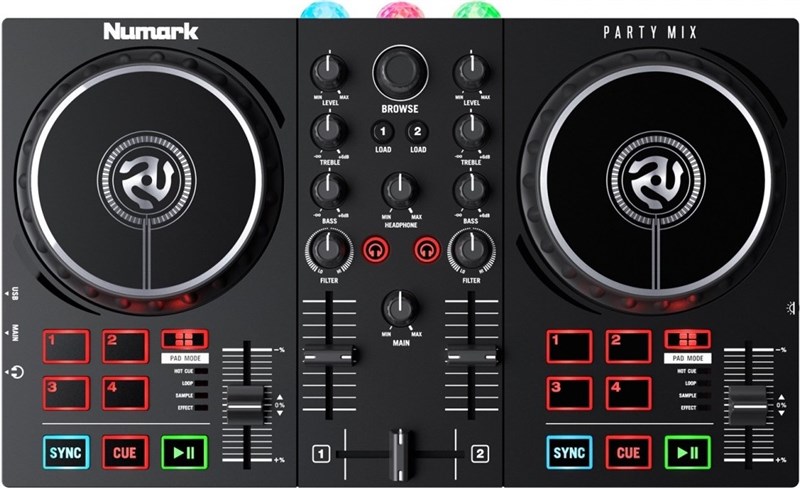 any advice and suggestions accepted with glee

Last time I djed (a wedding) I preloded a mix to my laptop and just stood there sipping a pint. No one cared - would probs save the money at this point tbh

I do want the ability to take requests / adjust my mix on the go, so I can satisfy the crowd / play ‘Africa’ by Toto more than once if it feels suitable

That thing’s probably fine tbh, in my experience Numark kit is usually basic but perfectly usable. Never used a controller or equivalent but the high end ones seem to be covered in light up buttons and stuff too.

The thing with stuff like this is that the price jump from basic to intermediate is massive. Need to know if you actually enjoy it before stumping up proper $$$ for the next thing up.

the key elements is the illusion of it looking complicated enough for a drunk person to think twice about interfering, last time I queued up a pre-mixed 5-song prince tribute medley, went for a piss and came back to ‘2 become 1’ by the spice girls

Standard for controllers, think it’s for hot cues and that sort of stuff. 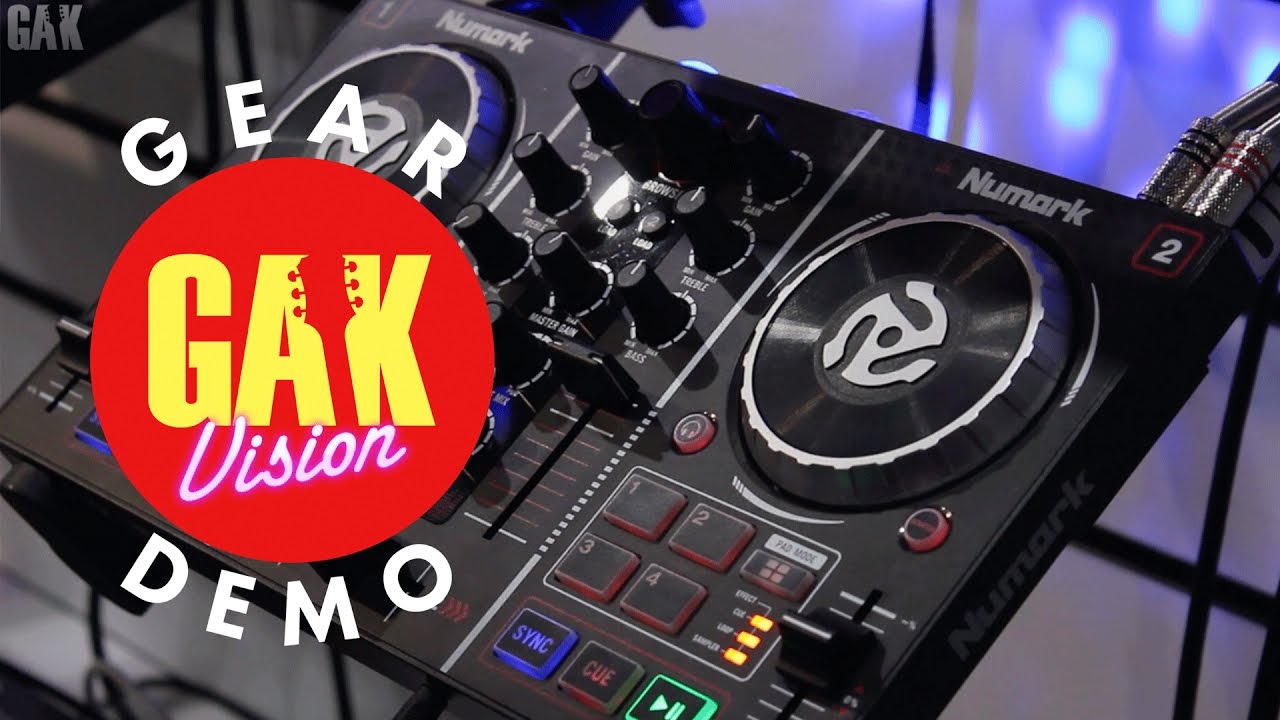 Fucking hell, I take it back. I imagine you can turn those lights off but I’m revising my official position to be anyone who spends less than a grand on stuff like this belongs on a register.

what’s the most low end piece of gear you’ve used?

My first mixer was a Numark thing that had two mic inputs didn’t have EQ and was clearly designed for weddings. I learned to beat match on it but the mixes sounded like crap because the bass doubled up on every transition. It was only £45 with the decks on eBay though so can’t really complain.

Depends how much you want to spend obviously, but pioneer stuff is good for being widely used and consistent in design through their range, so if you learn to use one of their players or controllers, you’ll be able to use others fairly easily (should you decide to get a more professional setup in future).

This would be one of their more entry-level controllers (but might still be more than you’re willing to spend if you’re not sure how far you want to go with the whole thing): 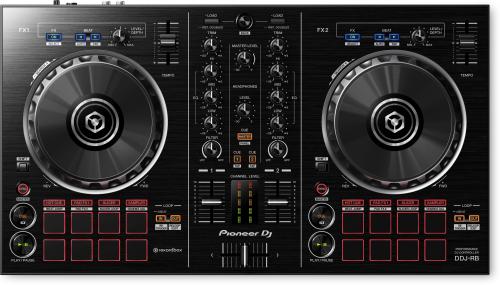 The entry-level DDJ-RB is inspired by our professional controllers for rekordbox dj, the DDJ-RZ and DDJ-RX. This USB-powered, 2-channel controller is all you need to get started with our rekordbox dj ...

I’ve got a couple of Pioneer XDJ-700 players and a DJM-350 mixer, but that’s over a grand combined (or was when I bought them), and is still not “high-end” stuff. It’s more than good enough for what I want to do though.

Do you need Rekordbox to use Pioneer kit? I only use vinyl at the moment but it’s a pain getting everything I want and I’m torn between going down the Serato/Traktor route or getting some CDJs/low-priced equivalent. There’s a place near me that lets you faff about on CDJs but I don’t know if you need to organise your files in a certain way to make them work.

This was actually the next on my list… and just about in my price range, although at £80 it seems sensible to go for the Numark and then upgrade to this after the weddings are in the can I can gauge realistically how likely I am to continue putting some time into learning the craft

I’d imagine you have to if you’re using a controller, but I don’t think that’s the case if you’re using X/CDJs - if your CD or USB files don’t come from rekordbox then you’ll lose some functionality, but I’m pretty sure they’ll still work fine. I use rekordbox for it anyway because it’s a handy way to organise playlists, set cue points, etc.

Have cheap vinyl turntables I sometimes rig up alongside the XDJs, and vinyl DJing is obviously more fun (when it goes well), but the convenience and range of music going digital opens up makes it well worthwhile.

You only need the paid-for version of rekordbox if you’re using it to actually dj (like through a controller) - if you’re just using it to analyse and organise tracks to put on a USB and plug into players then you can just use the free version.

Makes sense, I’d imagine weddings are going to be fairly straightforward in terms of selecting tunes and mixing them, if you’re wanting to start beat-matching, looping and stuff like that you might want to upgrade at a later date.

Been inspired to dig out my mixer I bought at uni to try and be cool then never touched. Will report back when I abandon it again. Really need a desk of some variety

I have a Vestax Spin controller that works really well with Djay software on the Mac. Used it at parties etc. and works a treat - you can pick them up for about £80, and the Djay software is about £25. 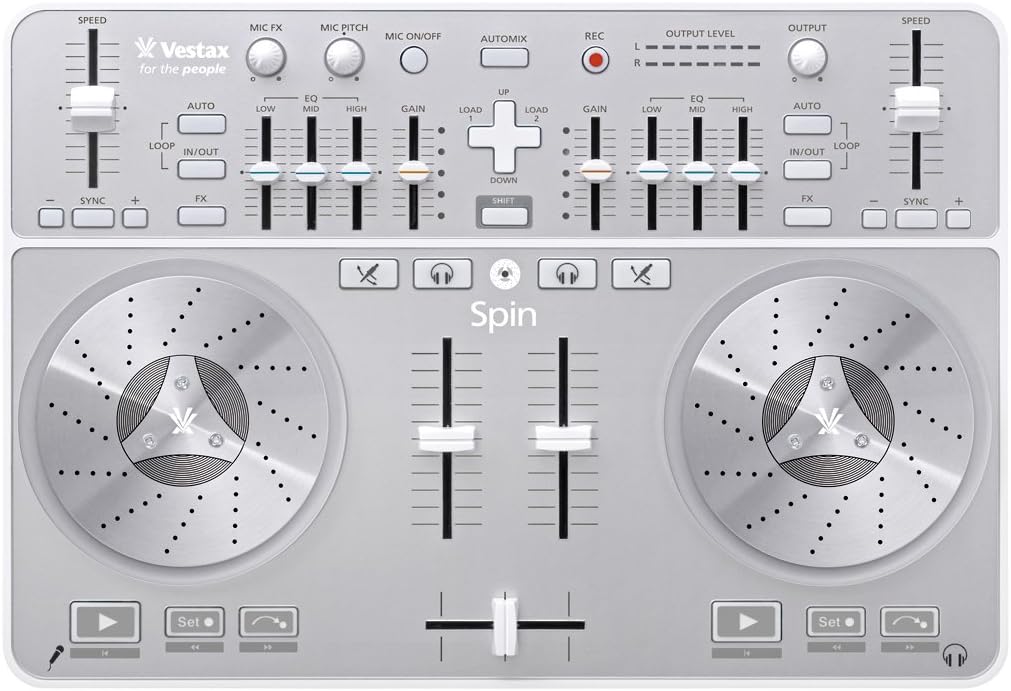 INTRODUCTIONSpin is an all-in-one bundle of digital DJ hardware and software, offering total control to mix, scratch, and play music as a DJ would right at your fingertips.The included software, djay seamlessly integrates with your iTunes library and...