Can we have a rolling Neville Southall thread

I love the man so much 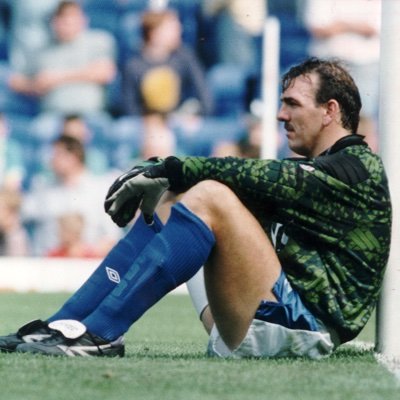 Neville getting a lot of love on Twitter today The best thing about Nev is he’s trying to learn. He’s nearly sixty, from a thoroughly working class background and has spent his life working in toxic male environments, but he wants to be taught about stuff. That’s a fucking brilliant example, imho. People are never too old or long in the tooth or defined by their surroundings or upbringings or too past being able to want to choose to spread love over hate.

He’s a fucking great guy and has been for a long time. Think I’ve said it before on here but he used to bring a minibus load of disadvantaged kids bowling once a week at the alley I used to work at and showed an unbelievable level of patience and understanding with them. Top, top bloke.

Good to see old favourite Ohgood using it to wonderful meme effect on twitter.com as well: has the best autobiography title of all time too

Top bloke. Anyone who wants to openly discuss issues that affect minority groups and the disadvantaged in society gets my respect. Plus he hates Piers Morgan. @ABMummyGrace
I will be taking over the wonderful @NevilleSouthall Twitter on 21/08/18 to help give voice to littles and the AB/DL community #ABDLmatters Contact @ABMummyGrace if you have something to add
1 Like
AQOS 15 August 2018 10:55 #10

Sad about what’s happened with his Twitter eh, that Asha lady has really done a number on him.

I’m out of the loop whats happened

He hands his Twitter over to campaigners to give them a platform, it’s a really good thing to do and has led to some great causes getting good exposure.

There is one lady that was doing them for a good cause though who has kind of hijacked it for everyone and constantly posts selfies of herself. She decided she was going to use it to speak about autism recently despite not being autistic and having no reason whatsoever to do so, people rightly pointed out that she should cede the platform to an actual person who knows what they’re talking about if she wanted to highlight autism and she got really huffy about it. It turns out she was literally in the police as well which was weird.

Anyway, for whatever reason all of that has now resulted in Big Nev’s Twitter being used as a platform for Adult Babies/Diaper Lovers.

She also proceeded to block people who pointed this out.

i wish the big man himself would just take back the reins, and maybe even give graham linehan one of his withering put-downs.

Properly bad that she thought she could take over someone else’s platform and start blocking people. So entitled.

@SzMarsupial
idk if i want to die on this hill but @NevilleSouthall a good thing about fetish communities is that they run on mutual consent to participate, not sure how well that sits with exposing 100k unsuspecting people to the (implicit) sexualisation of adult/child dynamics
5 Likes
no-class 15 August 2018 11:06 #21