Must be some fans here, I fucking love them I do. However it seems Tim Smith hasn’t been too well for quite a while which is really sad. Some friends have set up a just giving page to help pay for some care costs, thought some people here may be interested. 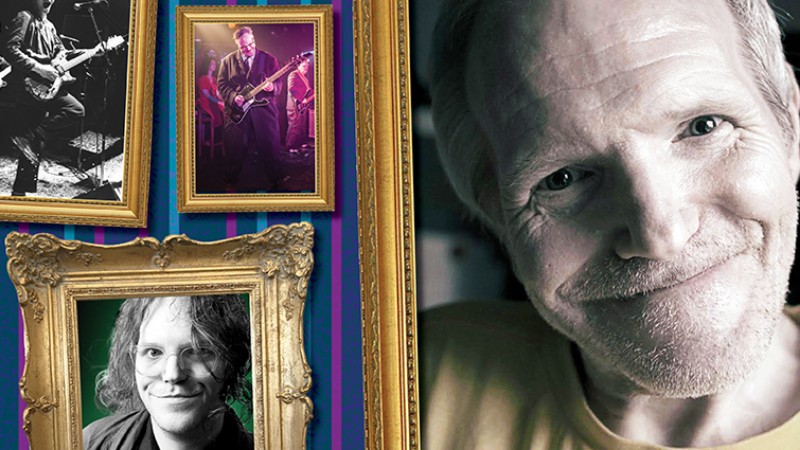 Will donate when I get home. As the justgiving states they’ve done a few re-releases and gigs to help fund his recovery - I didn’t release his condition was still so bad (though obviously knowing it was serious). Immensely sad.

Here’s a link to the article in today’s ‘i’. Like most fans I was aware of the basic facts about his condition, but much of this came as a shock. Very sad indeed.
https://inews.co.uk/news/long-reads/tim-smith-cardiacs-singer-brain-injury/

Already over the target and close to £50k!

Going to donate to this tomorrow. Seriously respect him and what he’s done.

They’ve just announced that they’re raising the target to £100k, so if you haven’t donated yet but would like to, follow the link in the OP

TIM SMITH HEALTH STATEMENT  2018.     Oh, you lovely people. Hello, hello hello. Ok, let’s get right to it. It’s been a long time, far too long a time, since you’ve all had any type of real news regarding that Tim Smith whom you all love and cherish...

Listen to Cardiacs you lot

I’m amazed (and delighted) at how much publicity this has gotten. Let’s get Timmy all the help we can.

Thanks for sharing this on here. Definitely going to donate some money to try and help the legendary Tim Smith out.

Fairly big, but not obsessive, fan of Cardiacs just dropping in to say that Dirty Boy from Sing to God clicked in a huge, huge way for me last night.

Can’t explain what happened really. Have heard it plenty of times before and enjoyed it as much as any of their other tracks, but last night…

I just lost my breath when it came on, halfway through the track. Felt like I was going to burst into tears. I had to stand up and just… marvel at what I was hearing. Compose myself. Felt like the music was just spiralling upwards and upwards and upwards and would never resolve and… it’s pure ecstasy when it finally does just that during the outro. Those three chords it cycles between… it does something to my nerves endings. I was buzzing. Have probably listened about 30 times since. Can’t believe it slipped by me so many times in the past. Went straight to their website and bought a couple of physical copies of albums and a t-shirt.

This must be what those American evangelist mega-church patrons feel when they believe that God has come to them. Had hairs standing on end from my head to toes.

If there is any interest, this can be the thread where people talk everything Caridacs. When did they click for you? What did you think the first time you heard them? What was the first song you heard?

I saw them a few times in the late 80s, one of the most extraordinary live bands I’ve ever seen. First time was at Birmingham Poly in 1988, just in the student bar with mostly students who had just gone to get drunk and maybe 100 Cardiacs fans. Band in full outfits and make-up, Sarah blasting the saxophone, Tim beating his brother up. Majestic. That’s my Cardiacs era, I’ve never listened to Sing to God as an album, only as occasional tracks, I must remedy that. Cheers for posting.

Yeah, an amazing track, that thing you mention about it seeming to spiral up and up, what an incredible trick. I’ve certainly not heard anything like this elsewhere, even within Cardiacs oeuvre. The nearest things in terms of sheer epic tingliness would probably be this:

Well, this thread has just made me spend money. Have bought the Best Of and Sing to God. I presume you’d all say I should buy everything else too?!

This is also sublime, if you really have to be selective.