Cartoons you loved as a kid

If it wasn’t a cartoon what was it?!

I loved Scooby Doo, but didn’t like Scrappy.
Also basically all the WB stuff.

I also got quite into Disney’s Gummi Bears, TaleSpin and Duck Tales.

Finally, of course, there were The Raccoons! What closing song!

an animated series it was intense at times.

Watched Who Framed Roger Rabbit? with my 8.5 year old daughter the other day and realised how many of the references were lost on her because she hasn’t really seen many of those cartoons. When kids of my generation saw it they’d already be well aware of Daffy Duck, Betty Boop, Donald Duck etc. She still enjoyed it I just mean there was a load of stuff that wasn’t landing in the same way.

Inspector Gadget was pretty good to.

Ah, I wouldn’t really make a distinction to be honest. Cartoon covers all kinds of things so we’re talking about animations here I guess. Maybe not a series in the sense of one-offs but that’s fine.

(Wasn’t sure if you were going to pull out, “It was a really big fucking advert”

BY THE POWER OF GRAYSKULL!

Yeah somehow Rescue Rangers wasn’t on as much or in the right timeslot. TaleSpin was my fave and then Duck Tales. Gummi Bears had a different timeslot I think. I recall enjoying it but it seemed sillier than the first two.

Oh yeah @ttf obviously Star Wars Ewoks and Droids even though they were rubbish.

I also enjoyed TMNT although in the UK they changed the name to Teenage Mutant Hero Turtles because there was this weird long-running thing in our censors against the notion of ‘ninjas’. AFAIK one time in a school a kid hurt another kid badly using a pair of nunchaku and it caused some huge silly ructions. Anyway, I knew them before the cartoon from the tabletop RPG my mate had IIRC.

There was also Thundercats!

Oh yeah, I remember a short running one called Attack of the Killer Tomatoes which was either inspired by or based on a 1950s movie. I recall it used to use Airplane! jokes in it. Not sure if I was a rare kid who’d seen the film and so realised that.

Hey I just remembered The Real Ghostbusters - loved that show.

I used to love Bugs Bunny to but only when Elmer Fudd showed up.

Tried with Thundercats a lot but never got into it.

Rugrats was a good one to. Brother loved that one.

Ah never saw that, I think I was too old really, but I do recall enjoying Muppet Babies.

I think Thundercats was partly ‘my’ cartoon because I saw the first episode and followed it all the way through so it felt like there was a bit of investment.

Whereas I had zero interest in Transformers, He-Man or She-Ra.

Did you guys get the serialised European ones, e.g.
Dogtanian
Willy Fogg
Mysterious Cities of Gold?

Whereas I had zero interest in Transformers,

Yeah Transformers did nothing for me.

Did you guys get the serialised European ones, e.g.
Dogtanian
Willy Fogg
Mysterious Cities of Gold?

Never heard of any of these but this is what this thread is for. I want those obscure European gems. 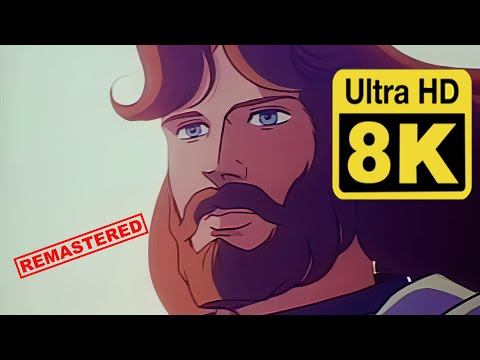 Had a really cool Thundeecats record bag, but gave it to a friend a few years ago

I hope they keep Thundercat albums and singles in it only now.