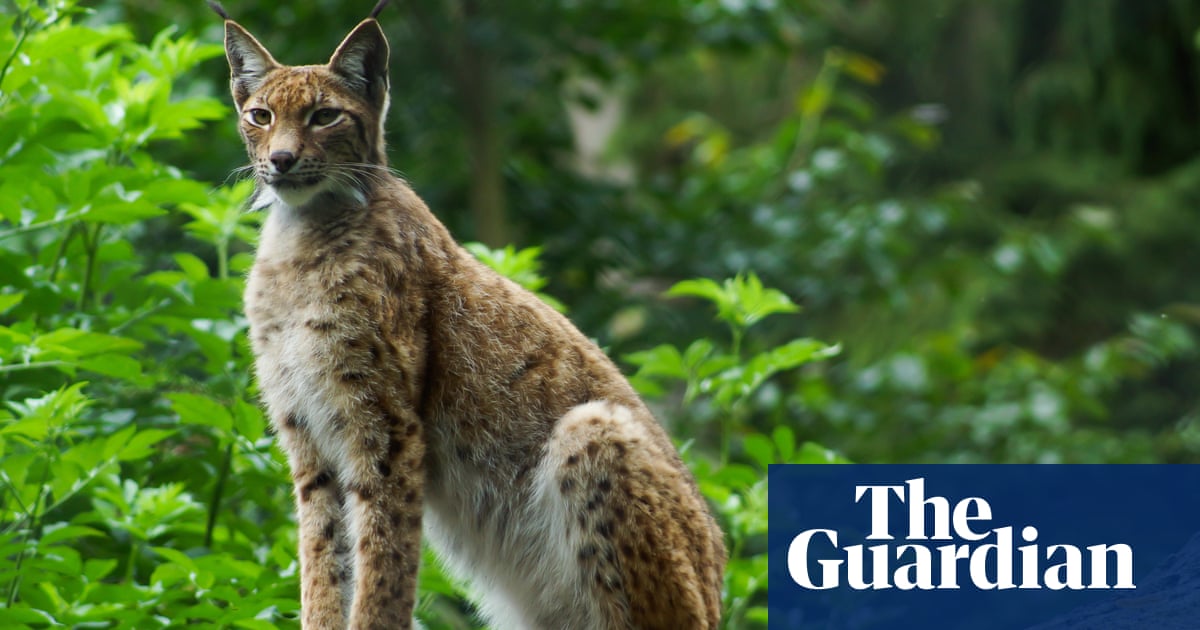 The lynx effect: are sheep farmers right to fear for their flocks?

Plans to bring the wild cats back to Northumberland have prompted concerns from farmers, but – from beavers to red kites – rewilding in the UK has generally been a success

some silly people are against it but they’re silly and hopefully the farmers will be ignored on this.

also might be bringing back WOLVES in scotland to merk excess deer! Look forward to the deodorant tie-in:

You know who was well into reintroducing animal populations into the wild? What other animals would you like to see re-introduced?

For me, I’ve never seen a red squirrel, so bring them back, but perhaps mutate them a bit so they’re on a fairly even keel with the grey bastards. They’ve had their stint in the sun for too long.

T Rex obviously. Would solve a lot of the world’s problems.

definitely wolves, could also be persuaded by bears.

if we’re talking extinct but that could feasibly survive today then maybe sabre tooth tiger or whatever it’s proper name is?

Remember the excitement if a dog came into the school grounds? A t-rex coming in would be like that times FIVE.

whatever it’s proper name is?

I want to make a Lynx Africa joke, Lynx in Africa or something? It just wont quite work…

think they look scarier with feathers tbh. like they’ve gone into a sinister glam-rock phase:

“i will merk you with my razor sharp teeth and androgynous sexuality!”

Correct me if I’m wrong, but it seems like you’ve made a reference to a glam rock t-rex without a picture or even a mention of Marc Bolan.

the red kites thing is pretty cool, they’re all over the yorkshire moors these days
never seen any of them other animals
how many beavers are there?

Saw something on the telly recently (probably Countryfile) about there being a pack of wolves on an enclosure at a ‘secret location’ in the Welsh/Shropshire border area,

there’s some rich guy who wants to build a nature reserve for wolves up scotland way, i think.

if you had the money you would tho wouldn’t you.