This authentic creamy dessert will add a taste of New York to any dining table. Our American-style baked cheesecake recipe makes an easy family dessert.

Sauce is just a load of raspberries, load of disaronno, bit of sugar and lemon juice cooked and strained, with a bit of cornflour to thicken it

Also made the nigella Nutella one loads and it’s amazzzzzzing

Never had the impulse to make a cheesecake (not really into baking cause I’m the least precise cook in the world) but I might just have a go.

Under what circumstances would somebody say that to you?

That poll is non-fungible (cannot be poached)

I’m in the school canteen and a dinner person has said “YOU CAN NEVER HAVE CHEESECAKE AGAIN!” after I’ve done one of my classic bits of lighthearted tomfoolery

used to really love it and was my go to dessert but then just stopped having it for a while. Dunno why. Even cheap frozen cheesecake is good. Need to get back into it. Really like biscoff cheesecake as well.

Can’t blame them in that case.

Yeah, I had it coming

Baked all the way. This recipe is brilliant. 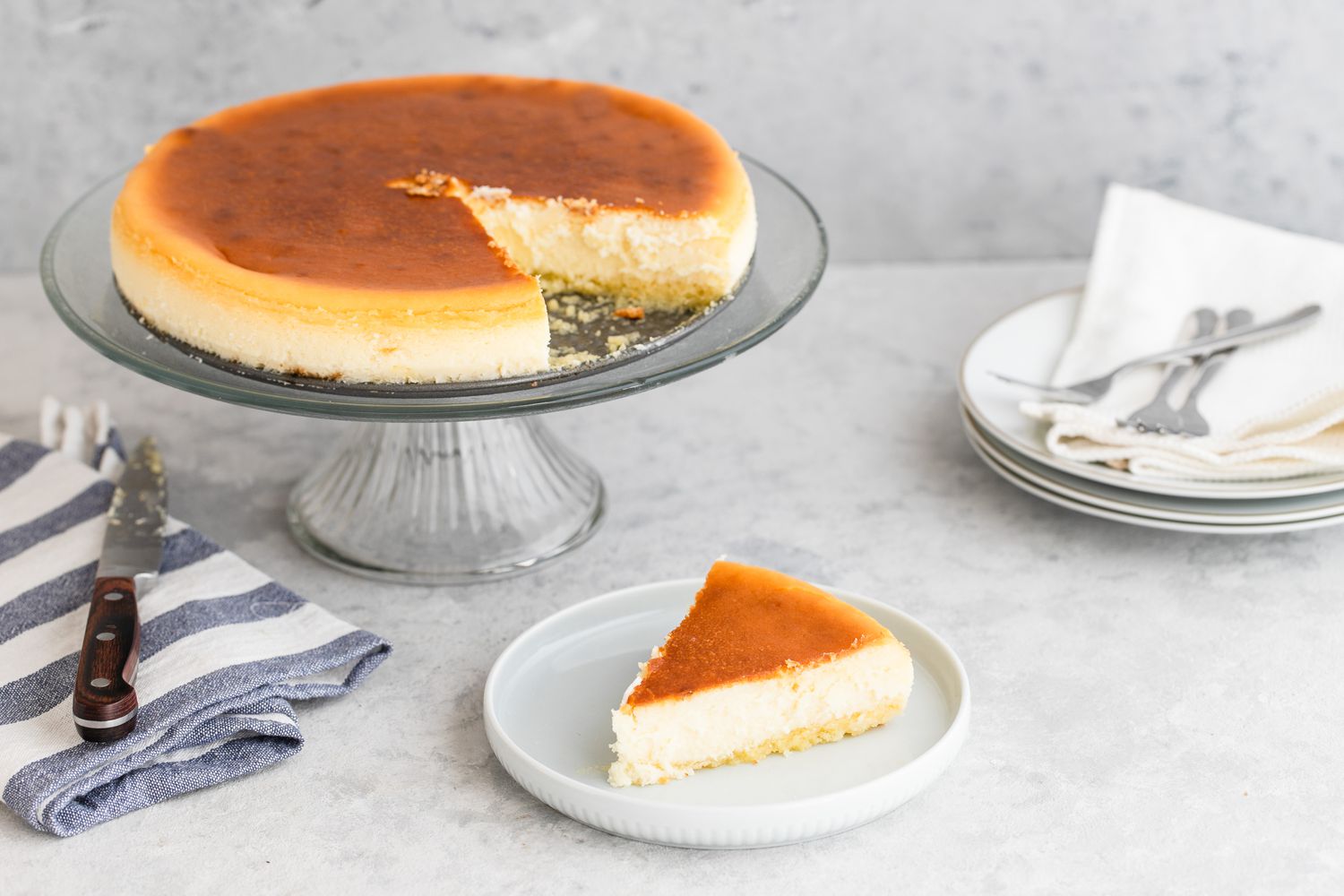 Junior's in Brooklyn, N.Y., is known for their delicious original cheesecake. Make it at home using this recipe from "Junior's Home Cooking."

Oops didnt mean to reply to you directly funky

never go out thinking I’d like some, but then I randomly end up with some and think hey this is great I should do this more

edit: for a rather important typo

You can reply to me any time you like.