My brother’s gf gave me a cute and obviously worthless bracelet she’d had since the 80s. My mum found it after they’d split up and accused me of stealing it and took it off me. It’s still in her bedroom to this day, and I’m still raging tbh.

If it’d happened in the mobile phone era I could have easily gotten proof she’d given it to me but alas, the early 90s was not on my side and my refused to call her.

Weird to message her on Facebook 30 years later and ask her to ring my mum?

Please tell me your injustices.

I once drew on my bookshelf and offered to clean it off for pocket money. Got sent to my room instead. Fuming

We all were banned from using any electronic devices (lasted one full weekend) until one of us owed up to eating the pack of Munchies that had been left out. It turns out that we had mice and they had eaten them.

All of us still use it as an example of our mistreatment to this day.

A kid told everyone in my first school that I licked the urinal and I was ruthlessly mocked and shunned for it. I’m pretty sure I didn’t but can’t be 100% sure.

In year two, the teacher Mrs Derwent asked the class if we remembered a particular fact that she’d taught a week or two previously. Everyone in the class yelled a chorus of “yes”, except me. I said “no”. I was ill when this fact was taught, so of course I didn’t remember it.

Mrs Derwent fixed me with a look. She accused me of being a troublemaker, sent me outside the classroom and made me stand in the cloakroom for the next half hour.

I have held onto this injustice for the past thirty years.

I was sent out of lesson by a teacher when another kid farted and the head spotted me outside and asked me why, as I didn’t know I was sent back in to find out only to be told I knew and got sent out again.

Omg similar one haunts me. Mrs Calderbank our maths teacher, asked me a question and I started answering by saying “because…” and had a few milliseconds whilst I tried to think of the answer. She thought I was sarcastically just saying “because.” And went bananas at me and made me stand in the courtyard.

first day at a new school when I was 10 I was stood talking to a new friend queuing to go in to the canteen for dinner when a teacher walked around the corner and shouted at me for standing on the wrong side of the corridor. him:
‘Dont you know you should be on the left hand side!?!’…
me: no…

’
him: ’ enough of this insolence!!’ go and stand over there until Im ready to speak to you further!
me; WTF…

I sprained my right hand while playing in goal one weekend, and had to come to school with a brace on. It meant that I couldn’t hold a pen, so had to write really slowly and messily with my left hand for a couple of weeks.

We had a supply teacher for some lessons while I was recovering, and she told me off for how scrappy my work looked, and wrote a note to our regular teacher saying that I wasn’t taking the lessons seriously.

It’s not like the brace was hard to see, either.

The teachers in my upper primary school all hated me because I was a daydreamy, inattentive kid. My mum was considering moving me to a school that fed into a better secondary school for year 6, which the teachers knew about. Once, after I’d been off for a day checking out the other school, we were doing a group project and some others joined onto my table so I moved my chair to sit at the narrow end of the table (very exciting) and a teacher passed, rattled my chair with her hand and said “move your chair back to its usual place and sit properly like you will have to at any other school” with some mean tone as though I thought I was better than the school? I dunno how to put it and written out, it’s not exactly a smoking gun, but I had a real sense of like being out in my place, and that I must think I’m special or something. I was 8, wtf.

Ok technically i was a teenager at the time but still legally a child. When I was 14 I got a snazzy new phone but my dad was very stern about keeping the old Nokia 3510i in case my phone broke and I needed a spare one. I was happy to do that.

Then it transpired at some point that the phone had gone missing. He was absolutely livid, for months he wouldn’t stop bringing it up and berating me, smacked me a few times for shouting back to defend myself that I hadn’t done anything about it, he was so horrible and relentless about it. This continued for three months until the phone was found.

Where was the fucking phone? In his fucking coat pocket. He’d borrowed it at some point and left it in a jacket he didn’t regularly use.

He never apologised for being such a cunt. I’ll take the resentment to my grave!! (It was a good idea to keep the old one though. My Samsung slide phone suddenly stopped working at uni and I needed the Nokia until I could get a new one)

That’s bad. If it were me I’d be bringing this up over Christmas dinner. Every year.

Injustice was never really a thing in our house when I was a nipper. Mainly because my older sister was/is such a goody-goody that she never did anything wrong. Essentially, if anything untoward happened there was only ever one culprit…

Primary school ones: my classroom rival Tom (who tried to strangle me in year 5 and told me he’d kill me one day, wasn’t even suspended) kept getting me in the shit in year 6, the only year I had a teacher who didn’t like me (

Him and a boy called Michael were sitting either side of me and talking to each other in assembly. I wasn’t involved in it but who got sent out of assembly in front of several hundred kids for misbehaving? Me.

The day before the 11+ she went out of the classroom while we worked in silence and Tom deliberately whispered things to me to make me belly laugh, he succeeded, teacher came back and asked who was making ‘that horrible noise’. Tom immediately dobbed me in and I tried to say that he was deliberately doing it to no avail, I was sent out of class and absolutely distraught as this had never happened to me before. As a nice ‘needless to say I had the last laugh’, Tom got three marks lower than me in the 11+ despite having an August birthday and getting more mitigation marks as a result, he was devo’d because he thought he got the highest mark of the 10 of us who took it.

The teacher is my mum’s Facebook friend these days and every time I see her comment I’m filled with rage. (And yes, her name is Karen.)

despite having an August birthday and getting more mitigation marks as a result,

Didn’t realise that this was a thing.

As an August birthday-haver who never received this benefit, I’m going to add that to my list of Childhood Injustices. 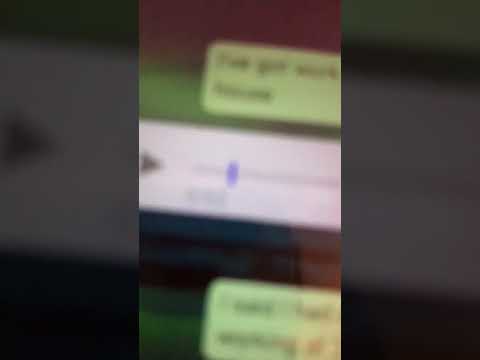 When I was 12/13, I used to attend a local kids’ amateur dramatic club, which was held at my secondary school.

I was already being bullied for long years at school, and although not so bad at the club it was still there (this is merely context to the story).

One week I went to the loo, and used the air freshener afterwards because I’m not a heathen - we had to use the staff loos because the rest of the school was locked off.

The next week came around, and half way through the drama club the fire alarm went off - I’d again been at the loo at the time so had no idea what was going on. I can’t actually remember if the fire engines came out, but suffice to say that was the end of the evening that night, and we all went home.

Fast forward to the next day, and during registration my form teacher pulls me to one side and says the headteacher would like to speak to me. So, me being completely unawares, rocks up to the headteacher’s office. He pulls me in and starts laying into me and accusing me of setting off the alarm by, and I quote, “spraying air freshener into the alarm and we’ve got your fingerprints”. Now, forgive me for being naive, but even at that age I kinda knew there was no way that they’d have a) finger printed the air freshener b) have my finger prints on file!??!

Anyway, there was little I could do to convince him of my innocence (and I was already weirded out by the relation to the air freshener which I had happened to use the week before).

But the real injustice was my bitch of a year 9 head. She wasn’t happy with the answer I gave, and proceeded to pull me aside at every opportunity (break, lunchtime) and ask, in a really ‘friendly/stern but condescending tone’ whether I was ‘willing to admit what I’d done’.

I ended up snapping and saying ‘look, would it make you happy if I just lied and said I did do it to get you to leave me alone?’

Papa Pervo is simultaneously a dictator and a total child with these things, you’ll never get anywhere with getting him to apologise. He’s the kind of person who continues to dine out on ‘hilarious’ stories you about mistakes you made 20 years ago (i.e. me mispronouncing ‘vinyl’ because I’d only ever seen it written down - I thought it was said ‘vinnil’) and seems to think my main trait is forgetting/losing things, so if you’re ever wondering why I’m a perfectionist…

Yeah, the further out from September your birthday was the more marks you got. I probably got some as my birthday is May but Tom would have got more. The three people who took it and had Sept - Dec birthdays all did worse, but by such a margin that I don’t think the mitigation really made a difference.

With the caveat that it’s your family and entirely your business, I wouldn’t be talking to him at all. That’s
beyond reprehensible behaviour.

I’m still trying to figure out what to do about my mother both admitting to and denying using physical punishment with me as a kid, so my head’s a bit iffy on matters of smacking