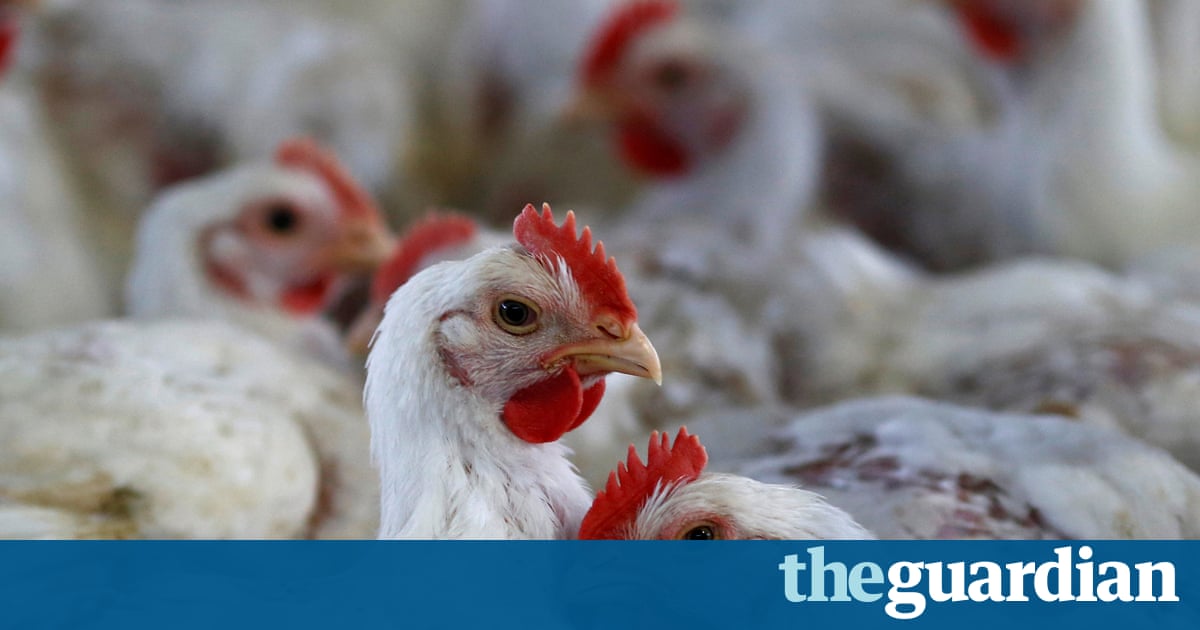 would you eat ‘CHLORINATED CHICKEN’?

I’ve been to America and eaten a lot of chicken so I probably have eaten chlorinated chicken. I didn’t notice it tbf.

The problem for me isn’t ‘would you eat chicken that’s had a chlorine bath’ etc. it’s ‘what the fuck are they doing to their chickens in order for that to be necessary’. It’s an animal welfare point not a taste one.

Would rather not, but not because “omg chemicals are bad!!” but because of the slightly more nuanced reasons about food supply hygiene that I read on Twitter two days ago and am now therefore an expert on.

I thought maybe Trump had calmed down with the tweeting

Liam Fox is an absolute clown isn’t he…

Yeah but for the first time I’m grateful he’s doing this job because it forces us to consider whether a Fox would eat a chicken.

About 25% responsible for all of my in-the-car-alone-with-the-radio breakdowns. Doesn’t really surprise me that he seems to be constantly out of the loop, I wouldn’t bother updating him about anything either

I like to have a revolving shortlist of hate figures from the Conservative cabinet that I can rail against whenever they appear in the media. For a long, long time it was the axis of evil of Osborne, Duncan-Smith and Gove. Currently it appears to be Johnson, Fox and Gove.

Why was chump on radio 4 comparing this to how we shouldn’t wash chickens (i.e. at home, in the kitchen sink as it’s a notoriously effective way of spreading germs)

“… ah but in the US they DO wash chickens! In chlorine.” then he had a confused discussion with an expert.

Why is the Today programme so fucking thick these days?

Nuke the site from orbit. It’s the only way to make sure…

When I first heard about it I had a read on the subject. I think I was sitting at my desk waiting for some work to come in, the client was running late.

One of the issues, which should concern us, is what sort of conditions are American chickens living in that their carcasses have to be chlorinated to make them safe to cook and eat?

In this country there are all sorts of procedures and processes ruling what workers have to wear, rules on transportation, hygiene levels in the chicken’s housing and environment. The idea being that the chickens are in good enough condition that they don’t need to be chlorinated.

The bacteria concerned can be passed from chicken to farm worker, to the farm worker’s family and other people s/he comes into contact with. So eliminating them earlier rather than later makes more sense. In chickens that don’t go through the processes we currently have in the EU, around 20% of bacterial poisoning comes from cooked chicken, the rest is spread from live chickens.

While the chlorinated chicken might not do us great harm personally, to our health, the waste products coming out of the slaughterhouse need to be dealt with. In an ideal world to the capitalist classes, this doesn’t matter. Because it will affect poor people, not them. Dealing with waste products seeping into the ground and into streams and rivers is a hindrance to profits.

So while a lot of people just think, “Urgh! I don’t want to be eating chlorine” there are better reasons for being against it.

Never heard it called that before