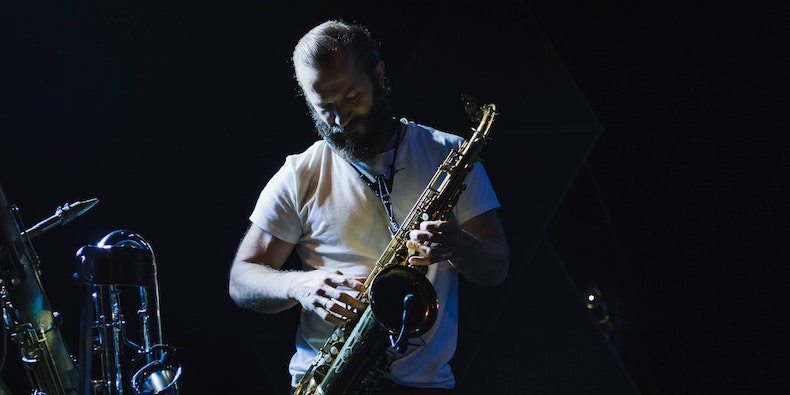 All This I Do For Glory arrives in April

Can’t believe that he’s only got 1 show in London and it’s the same times as Safe as Milk Festival!! There have to be more coming right?

Ah, yes, nice. I saw this. Am going. Such a strong line up already. Should be a great weekend!

Let’s bring this into the present and discuss his soundtrack to Hereditary (which I’ve not seen).

I mean he’s really channelling a lot of Johann Johannsson right? I am a big fan and I do like this, more I’m impressed at how different the sound here is.

Does he have anyone else with him these days?

I saw him at Cafe Oto about 6 years ago and it was just him, and it was immense.

This show was just him, alto and bass sax.

He played a couple of new tracks, the 2nd of which (can’t remember the name) was perhaps the best thing I’ve heard him do. Extraordinary.

The TV hated it, and called it ‘torturous’

Seems like the new one was ‘Strike your forge and grin’ - not that new (seems like he was playing it a couple of years ago). Extraordinary though.