While I’m here, does anyone know what’s happened to Brink? Surely volume four should have been out by now - is it still running in 2000AD?

Dunno, but their physical trade collection schedule has been hugely messed up this year on account of the old corona. The fifth series is due to start early next year so I thought there would’ve been a collection of this one by now.

Finished the uncanny x-men volume 1 omnibus. really like being able to read 5 years of continuity in one go like that (didnt realise it was one issue every two months for a long time, must have been frustrating to read at the time). Read these issues before in the black and white essentials books but had forgotten most of it. Surprised by how enjoyable it was, I know these are considered classic stories but was expecting them to be quite dated and know Claremont is criticised for being a bit too wordy, but breezed though it.

Enjoyed reading the letters pages from the time, would have expected them to be mainly kids but seemed from the letters quite mature thoughtful letters. A couple of issues dont have them, wonder if they left ones out that hadn’t aged well. Really like all the international settings, and the lighthearted moments. So far seems to be very little of the central x-men theme of persecuted mutants, there was one sentinel story early on but for the most part it is super villains with a grudge.

I am completely sold on the omnibus format. I like deluxe hardcovers where they collect like 12 issues, but have always been put off by omnibuses as thought they would be really cumbersome. This one was fine, think it is actually the optimal format, normally read things in 6 issue trade paper back chunks but often leave it so long between volumes I have forgotten what came before, so really like having a massive chunk of issues to read through. Thinking of getting the invisibles one that is twice as big

Looking at the new releases for today and there’s a new series out from Boom co-written by Matt Kindt and… Keanu Reeves. 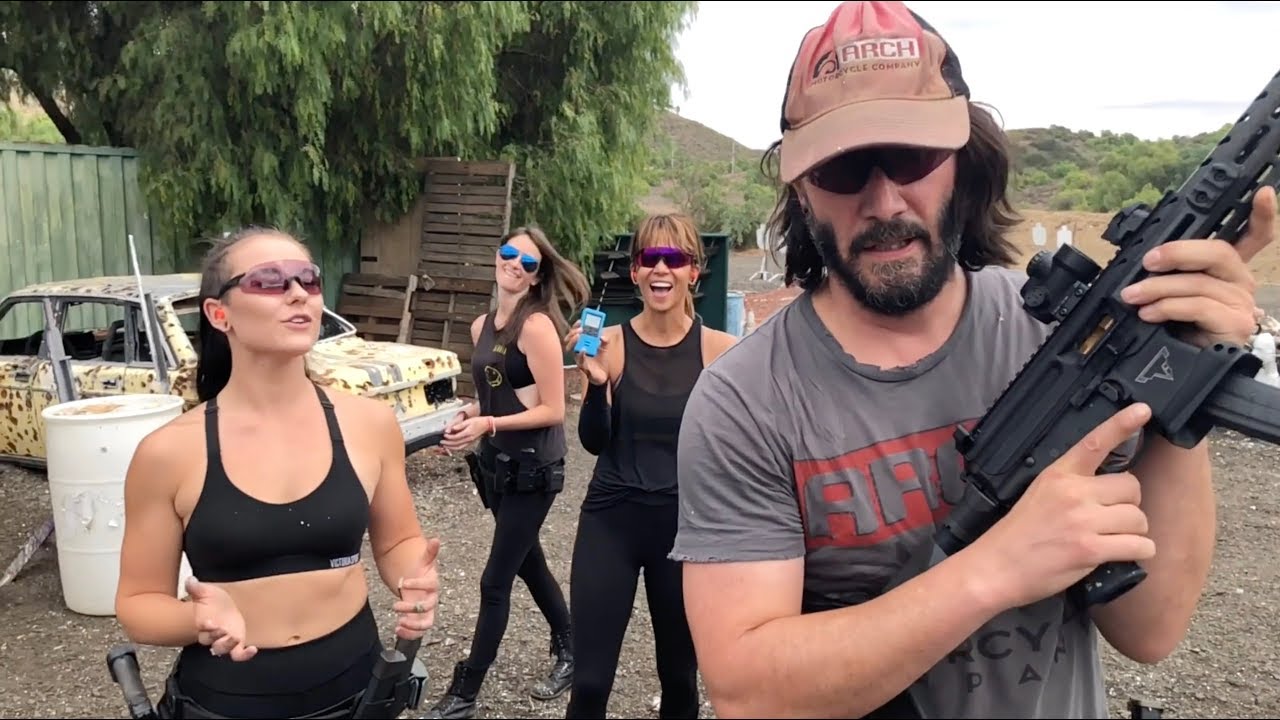 So far seems to be very little of the central x-men theme of persecuted mutants, there was one sentinel story early on but for the most part it is super villains with a grudge.

This struck me when I read it all in order, it starts really coming in with omnibus 3 and New Mutants. I think it gets misremembered because Stan would cut about the place claiming he “created X-Men as a civil rights allegory” (which is incredibly cringe to claim you made a civil rights allegory about only white characters) from the 90s onwards, but he wrote a pretty straight up boarding school for superpowered kids caper and Claremont brought the minority politics to the fore 20 years later.

With the letter pages I believe all of them are printed in the omnibus, but quite a lot of issues just straight up never had a letter page for one reason or another. The diversity of people writing in struck me as well, those letters are so interesting.

Welcome aboard the omnibus bus! It’s a very addicting place to be. My Uncanny X-Men volume 4 got delivered today. Really excited to get stuck into that one, current reading is New Mutants.

I know what I’m getting Jayne for her birthday

i’m curious to read that first run of x-men 1-60 ish, because there is that blurb at the beginning of each issue in the omnibus I just read about ‘protecting the world that hates them’ so assume the theme must have come in at some point before then, wonder how the first sentinel story lines went down.

agree about the letters page, I was surprised the gender divide seemed pretty equal too, nice to see comics always had a mixed audience rather than what modern anti-sjw nerds would have you believe.

I’ve now got the 4 x-men omnibus, the excalibur and new mutants, bunged them all on a credit card as I didnt want them to go out of print on me

Did you actually get a copy of Excalibur yet? I preordered it and the website told me their shipment got backordered so it should arrive sometimes in March, and I never saw it in stock anywhere else so I have been wondering if it ever showed up in the UK.

I wonder if the switch to Direct Market in the 80s had an effect on the female readership, because while it’s not in any sense an equal playing field in the 80s, I feel like 90s and 00s Marvel and DC are far more aggressively masculine than before.

Got the New Mutants omni staring at me reproachfully across the room. It’s fucking intimidating, even though I know I’ll love it. Might be the biggest Marvel omni I own - certainly fighting with the X-Statix omni which was printed on the sort of quality paper Marvel can’t afford any more.

I’ve been working on these comics for a while now, and the first collection is now available for pre-order. It has some older black and white comics redone in colour, and some entirely new stuff.

I am aiming to send them to the printers at the end of March, with delivery in April. £8.50. UK postage included, international extra.

You have the X-Statix omnibus! V jealous. When it was in print I used to pick it up off the shelf in Forbidden Planet and admire it because I couldn’t afford it. Must be due a reprint by now, it’s been about 10 years…

I got it for a bit of steal on ebay some years ago (about £60ish I think?). My current grail is the Wolverine & The X-men omni that I ummed and ahhed about for too bloody long - didn’t learn my lesson from missing out on the first printing of Uncanny X-Force by Remender, evidently. That got reprinted last year though, so there’s hope for X-Statix too

The Wolverine & The X-Men one is brilliant. I’m sure that’ll be due a reprint soon as well, they seem to be ramping up production because people are buying way more of these things in the past few years. They’ve really snowballed into a big ticket item that usually sells really fast.

Did you get hold of a copy of Uncanny X-Force in the end? I think that was the 2nd or 3rd omnibus I bought… Followed the series in issues and absolutely loved it so I had to buy it. It was mainly concurrent with Wolverine & The X-Men as well, and Keiron Gillen writing Uncanny… And if I remember rightly we had the Greg Pak Storm series and Claremon Nightcrawler series roughly then. Brilliant time to be an X-Men reader.

One of my favourite books for a long time, I was so mad at myself for missing the first print for a long time but it’s all good now! Though now I need to offload my Ultimate Collection paperbacks I picked up in the interim… comic books is expensive

maybe it was the era of the image comics creators before they started image working at marvel and dc with their very masculine style in the 90s (there are quite a few good comics documentaries on amazon prime, watched one about them despite having no interest in early image)

It is eternally amusing to me that Image went from somewhat shameful artist-run rip-off merchants in the 90s to a creator-owned powerhouse of true independent and original comics in the 10s shaming the industry big guns they used to plagiarize.

Sometimes I find things they published in the late 90s /early 00s in charity shops and it’s always a bit “…huh”.

Not sure if my favourite is the Belle and Sebastian themed thing or the a book starring Kevin Nash.