Compilation CDs of your youth Dad got this in 96 and I RINSED it. The Cardigans, Garbage, Moloko and Catatonia ended up being some of my favourite bands for years afterwards.

It probaby would have been the Kerrang! Compilation album’s for me too. The ones you got free with the magazine sometimes introduced me to so many new artists and the ones youve mentioned @TKC too are definitely of my youth. There is this one too, which really sticks in my memory from like 2001…

Technically I’m cheating because I have this on vinyl but it did have a CD release. I got the Homestead ‘Human Music’ compilation in 1988 as a teenager and it contains some amazing US and New Zealand bands (Homestead were licensing stuff from Flying Nun at the time). It introduced me to Yo La Yengo, American Music Club, Big Dipper, The Chills, The Clean, The Verlaines - all bands that remain favourites to this day. View credits, reviews, tracks and shop for the 1988 CD release of "Human Music" on Discogs.

I dont think I ever listened to the first one though

Didn’t even like a lot of the stuff on it, but the stuff I did really stuck with me.

We had the first two Now! compilations in the house for some reason. Vinyl but anyway. Think they might have been birthday/Christmas gifts for my sister. Was pretty indifferent about most of the tracks at the time but it’s interesting looking back.

Not much beyond that springs to mind. Definitely had a couple of free tapes/CDs from magazines/weeklies that I listened to a fair bit but can’t recall what they were at all. Started picking them up around the time 6 came out, although this was the first one I actually bought: The way the tracks were mixed together seemed like magic at the time. Nowadays I’d hate it.

10 was probably my favourite, I nearly wore that one out. Had most on tape, though, as the local library used to get them in.

Actually, I should note: these weren’t CDs (sorry) they were on vinyl or tape. Maybe the last few were on CD?

Shared from the Discogs App

This was a key turning point for me, Loop, Telescopes, Fatima Mansions (RIP Cathal), Spacemen 3, Thee Hypnotics, Pale Saints etc were all new to me at that time

This was very eye-opening for me as a Britpop-obsessed 16 year old: 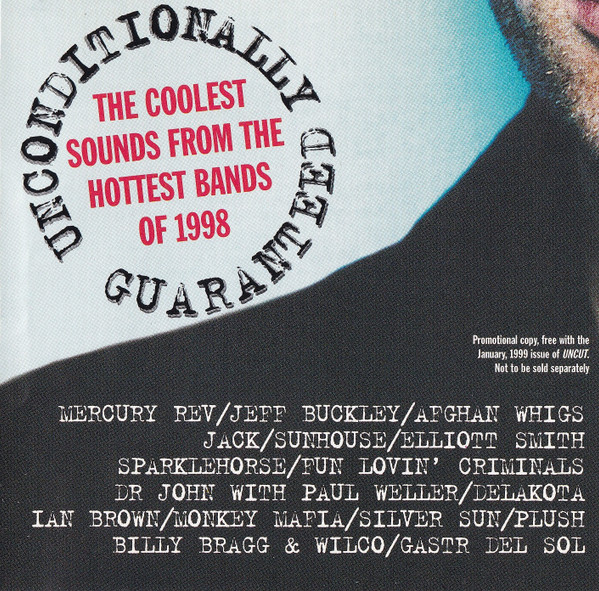 Various - Unconditionally Guaranteed (The Coolest Sounds From The Hottest...

View credits, reviews, tracks and shop for the 1998 CD release of "Unconditionally Guaranteed (The Coolest Sounds From The Hottest Bands Of 1998)" on Discogs.

Definitely my first exposure to Elliott Smith, Mercury Rev, Wilco and basically almost anything from beyond these shores that hadn’t been in a movie or on a Levi’s ad.

View credits, reviews, tracks and shop for the 2003 CD release of "Worlds Of Possibility" on Discogs.

Great comp which opened up loads of new bands to me and a steal at £3 in Virgin Megastore. That Plush tune is so good.

Yeh the first one passed me by, but was well into the 2nd.

Yes, i just googled that and just the cover brings it right back. Also, when I was much older I worked in WHSmiths, in the magazine section. I pocketed any the CDs from Rock Sound every month. I did buy NME and Kerrang so acquired those CDs legitimately

Sorry, multiple posts, but this one from Select was ace. My first time hearing dEUS Edit, are tapes allowed on this thread? Edit, are tapes allowed on this thread?

Think so - vinyl or mp3 would be too far one way or the other but think at DiS we’d straddle the ages where tapes or CDs were the primary method of hearing these things, especially on car journeys. There weren’t CD players in any cars I was in during my youth.

Did you stop before the Quireboys or play right through?

(Only kidding, I loved that song when I was 13, cheesy as hell though it is)

I actually don’t recall ever listening to that one. I must have done, but no idea how it goes. The other songs seem to have had more longevity than that one…