That’s chat about chat about conspiracy theories, not the new facebook. I’m not working for Zuckerberg, honest

Why is it always a package deal? I don’t think I’ve ever met anyone who thinks, say, 9/11 was perpetrated by the US government but concedes that on balance, we probably did go to the moon a few times. Or that Covid is a hoax who doesn’t also think 9/11 was an inside job, etc etc

I think it’s because until you’re too far gone on this shit you keep it to yourself, but once you’re deep in, at the loud and proud stage, everything is plausible

My parents dismiss lots of things I say because they claim I’m a conspiracy theorist for believing that Epstein didn’t kill himself and that The Beatles never existed.

There’s definitely something up with 9/11 though.

One thing to note before this really gets going is all the harmful conspiracy theories are rooted in anti-semitism.

Here is a very useful chart for reference.

I saw this chart get shared a lot when it was made, and I don’t think it is particularly useful, though of course you’re totally right that we should always be alert to anti-semitism.

What you’ve got to ask yourself is who made the chart?

Ah sorry, it’s Abbie Richards, it says right there on it

Hope there’s some good grazing in this thread, because it seems to be full of sheeple!

Why is it not useful?

It’s basically saying if you believe the ones at the top, you’ll believe them all.

I had a very serious book about crop circles, all kinds of stuff about wind vortices etc

This was in my village 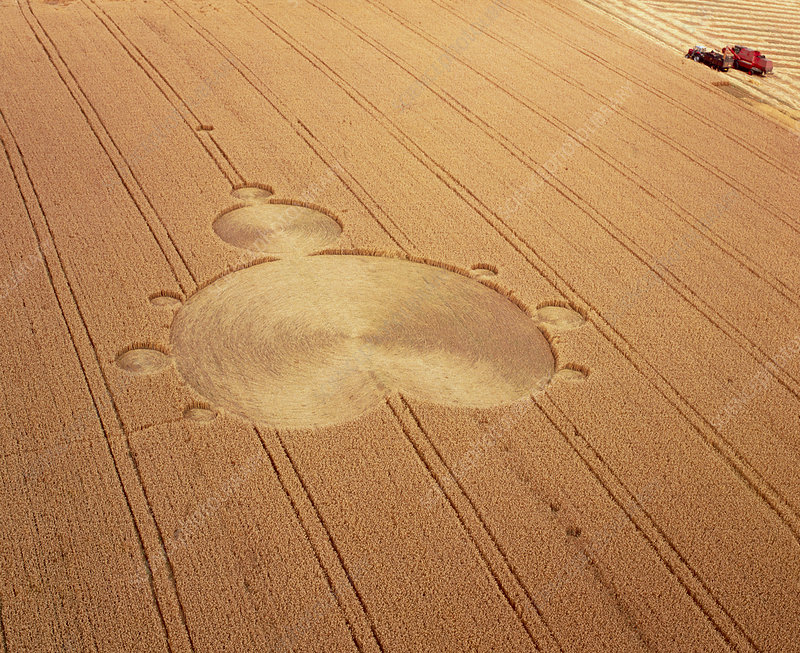 Crop formation in the form of the "Mandelbrot Set" at Ickleton, near Cambridge, England. The formation appeared in August 1991. DAVID PARKER/SCIENCE PHOTO LIBRARY

More credit to @tofology as they conspiracies get wilder too

Thanks pal, hadn’t realised there was a whole thread for this!

#freebritney can be moved to the bottom tier now!

Is that what it’s saying? That doesn’t seem useful: “If you believe this mad stuff, you’ll also believe the stuff at the bottom, which is, err, real.”

I read it as “Here are acceptable ‘conspiracies’ at the bottom, and the more you believe, the closer to the wilder shit you get at which point you’re an anti-semitic fantasist”.

Which is fine, I guess, but how they’re chosen is just kind of nonsensical to me. So we accept the Tuskegee Experiment was real, but “Government made diseases” is science denial? How does that track?

Similarly, we can agree that MKUltra and Operation Mockingbird happened, but if you define that in terms of a “Deep State” it’s unhinged? Just doesn’t really hold together for me.

They break it down a lot on their TikTok page.

It’s more that there are low level stuff that seems a bit mad but happened, then other stuff that seems really mad but we do have questions about it….progressing up to the antisemitic point of no return where you’re probably not flirting about with the silly things like avril is dead but you believe the actual harmful stuff that’s dangerous to a lot of people.

Yeah Deep State sticks out that top one as actually quite reasonable to assume is true but can sort of mean different things I guess. I.e. trying to control the world vs. Have actual control of the world