Continuing from the previous thread which can be found here

We have a Silpat silicone baking mat like this: Never had any problems with it, nothing sticks to it and subsequently it’s very simple to clean. We just pop it on a baking tray instead of foil or baking paper. The cookies we bake on it have always turned out very well.

I bought so much baking stuff in 2020 but made almost nothing last year so keen to get back into it and develop my skills.

Today I made mini cranberry sausage rolls (ugly but tasty) and this streusel cake. It’s okay but not as good as the last time I made it - needed double the quantity of blackberries (or have them chopped up). Think it will be nicer warm with ice cream though.

Chat about cooking and baking and post your pictures! Any ambitions for 2022?

Got an Ooni pizza oven recently so gonna get good at making dough (good recipes anyone?) and bust out some bangin’ pizzer in 2022

Thanks for starting a new thread

I’m going to try to do more baking this year. Made biscotti and Speculaas biscuits in the run-up to Christmas and really enjoyed it. Mrs CCB bought me a kit for embossing designs on biscuits so I’m going to give that a go at some point.

I use the ooni app to get the dough quantities

Hurrah for a new thread!

I’m going to gird my loins to try to make ciabatta tomorrow.

Small side point that this title is better than the previous one because I’ve noticed there’s a bug in the search system of the site such that “cooking/baking” will not be found if you search only on cooking or baking. I have raised it on Meta Discourse but no replies as yet (possibly Christmas time effects)

Issues with the Search system

Specifically today I’ve noticed it seems to not ignore slashes in a title on Drowned in Sound, e.g. Search with slash: Search without slash But more generally it seems to have real difficulty finding posts in ways I can’t even usefully...

Cooking and baking for myself (rather than only doing it when other people are here). Is one of my self care whatnots for the year. So I’ll try and remember to post things on here while they look nice

Big fan of this one 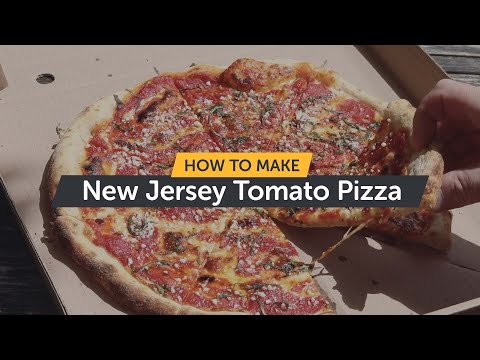 Oh I’m jealous of your mixer

Nor do we but we bought it anyway!

Genuinely thought this was deer legs for a moment

I tried croissants again ( I’ve done so a few times) and it’s a huge failure, Im doing two folds which ends up being 12 layers in total, but the insides are bad still, I think it is an underproofing issue more so than a layers issue but I proofed them for 3 hours, so ill guess ill js proof for more time ( I am also in Australia where it is humid which might affect it) any ideas would be great?

I also made Chouquettes / cream puffs

The only time I saw croissants made from scratch was in the first series of GBBO and then they made the dough the night before to rest in the fridge. It basically looked like a complete nightmare!

Anyway, it’s definitely very humid here in Melbourne at the moment, unusually so. I hope the climate alters soon. I’d also say that I’ve had a lot more disappointing croissants in Melbourne than I ever had in London so I wish you lots of luck in getting them perfected. Is it the oven temperature? Maybe yours is unusually efficient so you should drop it 20C.

Yeah I make the dough the night before, I’m in Rockhampton in qld, they are overcooked a bit but that is an easy fix, my oven seems like the middle rack is hotter than the rest,

Yeah there are some great places, but I meant more the ones I see in otherwise good cafés are so often the quite doughy types or weird choices like a honey glaze…

London has shit ones too, no doubt, just seems like it has a greater number of flakey, buttery lovelies.

I don’t know how long you refrigerate between folds, but given your location might be worth upping that?

Day before:
Make the dough and butter block

Now I am mixing recipes a little, as some say 3 simple turns for 27 layers, but I actually think a lot of bakeries do 12 layers and I think that would be easier at home.

the one I’ve got (from a baking course) does four “half folds” (defined as rolling out to one an a quarter rolling pins long by half wide, then folding a third over, followed by the other third over that) with an hour in the fridge between.

I think in Queensland you’d benefit from an hour in the fridge between folds as it helps me here in the UK. And definitely less time out of the fridge proving IMO