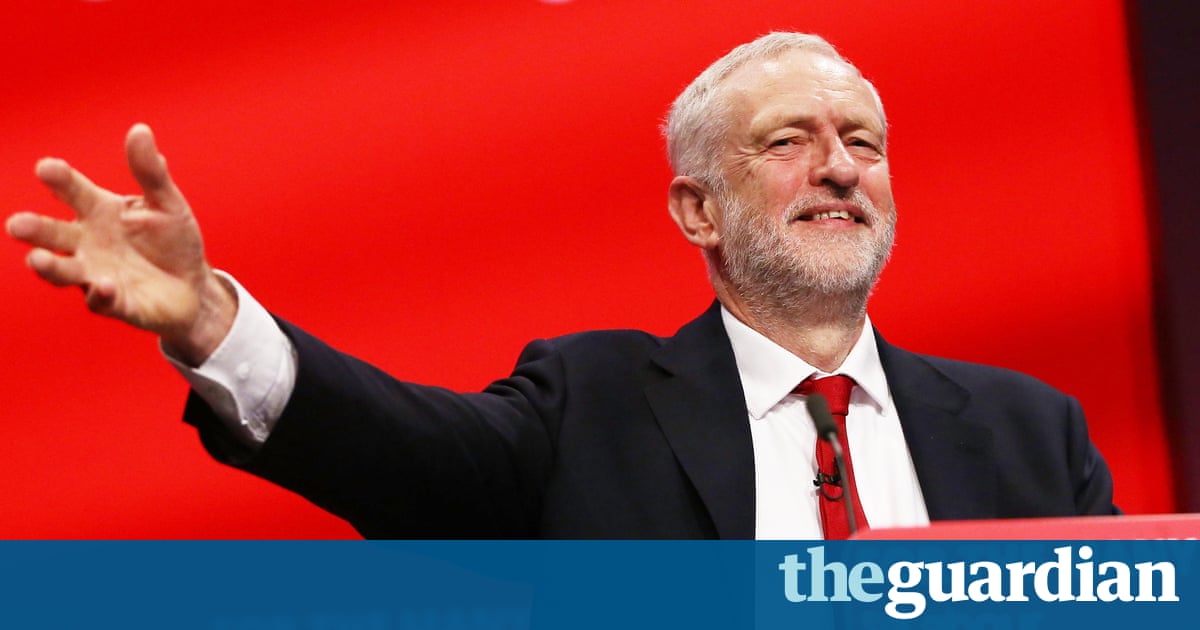 Jeremy Corbyn: neoliberalism is broken and we are now the centre ground

‘No social cleansing, no jacking up rents’: Labour leader invokes memory of Grenfell Tower in speech to party conference

As little as possible i reckon

“He said one paper had devoted 14-pages to attacking Labour, and the vote had gone up 14 points. “Never have so many trees died in vain,” he said. “Here is a message to the Daily Mail editor – next time make it 28 pages.””

I’m a Labour voter and have some reservations about Corbyn, but that’s a bloody great line.

The Corbyn/Champion t-shirts are great.

The logo’s just obscure enough for you to not look like a total twat, unlike the Nike or Run DMC ones. Robbie Travers is a proper nasty piece of work.

This thread is worth reading (as is - suprisingly - the Nick Cohen article that used Black Ballard without credit):

There’s a reason why Travers, who used to call himself a Blairite and supporter of Liz Kendall, has been welcomed with open arms by the Adam Smith Institute kids and Trump supporters.

Which of these should I buy?

putting Robespierre and the guillotine on t-shirts?! Unbelievably tasteless.

Sorry I don’t think I get it? Didn’t think that was a controversial position, I mean they’re literally symbols of state terror.

Reckon the 2nd one will go best with the red trousers

Yeah, the Revolutionary Transguard t-shirt is the nicest, but would clash with your kecks.

I wish I was three stone lighter so I could still fit in them.