There’s also no information in those graphs on the age profile of infection. If the new variant is for instance raging through schoolchildren in the south east, but not yet doing so in other regions then the proximity aspect could explain all of the high transmission. Like you say without more information it’s impossible to tell.

It is interesting that there are areas where the new variant is present but not responsible for runaway infections. That includes places outside the UK where it has been detected.

As you and colin say, more information is needed. Personally I am very uncomfortable with the government deflecting all responsibility for the current shitshow onto the new variant.

Blaming the new variant looks like a blatant piece of blame-shifting from the government. Too good for them to miss, given the obvious missteps in policy over the last two or three months.

the obvious missteps in policy over the last 10 months

This government petition that @pervo shared is worth a sign - it’s only got 167 signatures at the moment, and it’s something that will get less press attention with all the right wing focus on “dole scum”

The government has reintroduced sanctions on benefit claimants during COVID-19, meaning they can face fines for not attending job appointments (even if shielding or unwell) or not spending enough time job hunting. Jobs are at a premium due to the...

Clara, who has a slipped disc and chronic pain issues, was plunged into poverty because of the sanctions to her universal credit BREAKING BBC: "The BBC is to deliver the biggest education offer in its history across more of its platforms." From Monday January 11th, CBBC channel will feature three-hours of primary school shows to ensure that all kids can watch programming if they don't have the internet.

BBC Two will focus for secondary school content to help students learning the GCSE curriculum. There will be two hours of lessons broadcast on television per day. All of this will sit alongside the existing BBC Bitesize content, which will be available on the Red Button.
12 Likes
Ruffers 5 January 2021 18:57 #1821 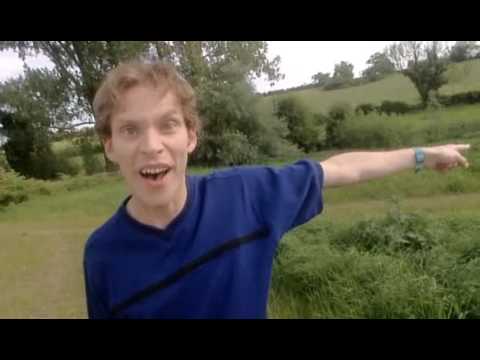 This is great, but I don’t know why they weren’t allowed to just do this last year, as so many other countries did

The new coronavirus variant discovered in Britain could become a pandemic within a pandemic, Switzerland’s infection control chief said on Tuesday.

Switzerland, where daily case numbers are at a high level, has found the mutation in 28 samples – all people who arrived from Britain, or people with whom they had been in contact, AFP reports.

“This new variant could behave like a new pandemic within the pandemic,” Virginie Masserey, head of the health ministry’s infection control department, told journalists in the capital Bern.

“That is to say it could spread exponentially and, indeed, add a new wave to the existing wave.

“That’s why it is very important to really respect the measures that are recommended, to really reduce the number of infections.”

The new variant has been found in seven of the 26 Swiss cantons, including Zurich, Geneva and Bern.

“These mutant strains are now present in Switzerland and, according to scientific experts, they are much more infectious,” said Rudolf Hauri, president of the Association of Cantonal Doctors.

“Given that in Switzerland, the activity or the spread of the virus has been far too high for several weeks … we must absolutely try to delay the increased spread of this strain.”

If the new variant could not be controlled, tighter restrictions would be necessary, said Masserey.

They did do this, back in April

BBC to deliver biggest push on education in its history

The BBC today unveils its biggest push on education in its history - ensuring that every child in the UK has the opportunity to continue to follow the appropriate core parts of their nation’s school curriculum in these challenging times.

i applied for to be a covid vaccinator, a paid role on an established union backed national pay scale and i didn't get it. fair enough. but now st john's ambulance are asking for volunteers to do the same thing. that's undermining health workers hard fought pay and conditions.
1 Like
tattybye 5 January 2021 19:31 #1827

I’m in my thirties but genuinely thinking about tuning into the BBC secondary school content to refresh some brain cells.

Are these applications to the NHS in general or specific trusts/community health care providers because they have their own budgets and staff and will only need as many staff as they need to staff their own sites.

Seems to be a vital detail being missed out on the tweet but this employment was a national wide effort?>

Seems to be a mixture of both national

@sasha_baker1503 @DormanSarahx it's coordinated by the local health systems. it was originally just paid staff i think. i work in healthcare and i applied and didn't get a response so now something of a kick in the teeth to see it go out to volunteers.
blimeycharlie 5 January 2021 19:46 #1831

As I understand it St John’s volunteers are in addition to rather than instead of NHS staff. Makes sense as they’ve got a pool of people who are trained in first aid and should be able to recognise if someone is having an adverse reaction to the vaccine, for example. Probably a good thing to be able to draw on that extra capacity.

just found out that a friend of mine who works in Tesco has tested positive. Closest it’s come to my circle of friends or family so far then (though I know I’m fortunate to be able to say that 10 months down the line)

This is a clear concise justification of why nurseries / early years settings are still open, found it quite reassuring after Matt Hancock’s brilliant “because…they’re private facilities” answer.

Obviously still a risk but SAGE believe a lower one.