Cost of living crisis vs Music

Seen some discussions on here and elsewhere about people spending less on music for very obvious reasons.

The knock on impact on artists and venues is also something I’ve seen - and from speaking to promoters there’s a lot less risks being taken, which is also totally understandable. Things are precarious.

Curious whether you’re perhaps likely to cut back on other things and because of that maybe spending a little more on music?

I would normally pick up a few things I was curious about today from Bandcamp (it being Bandcamp Friday), but I haven’t went near any of that today and have deleted any emails that have come in. Spending less on gig tickets, records, Bandcamp downloads, and can’t see that changing any time soon.

By spending less I mean I’m only buying music if it’s by someone who I’m really into and would regret missing out on, and same for gigs. Anyone lower than that on the interest scale is getting nothing spent on them.

going (mostly) back to buying CDs

I’m currently in a position where my expenditure will luckily remain the same with regards to music.

My physical music purchases are just those that I buy from Rough Trade East that doubles as venue entry.

Ticket prices for small venues haven’t risen by much over the last 15 to 20 years I think. For venues like The Lexington, Shacklewell etc. they’re often £10-£12 for most gigs. They’ve been that much for a decade or longer and even remember those prices at places like (the sadly no longer with us) The Luminaire. The Brixtons and Shepherds Bush sized venues definitely have upped their prices. You won’t get a ticket for £20 at those venues too often.

I’m not sure how much gig ticket prices will increase due to the huge hike in energy costs soon. Empirical I think a £10 ticket that becomes a £15 ticket might put some people off but not too many people. If you love the band some might forego a coffee that day and justify paying the higher price and not buying a beer at the venue.

Bar prices will have an impact. I paid £6.20 for a can at Village Underground earlier in the week and today I’m expecting to pay £7 for a pint of piss at a gig tonight. Revenue from the bar will definitely take a huge hit.

I have noticed that I buy far fewer gig t-shirts. For big bands that play Brixton/Shepherds Bush t-shirts are £30 and sometimes £35. Smaller artists at The Shacklewell sell their’s for around up to £20. Probably due to increased production costs which is understandable but for me the t-shirt has to look very good as a product for me to part with £20+ nowadays.

I’m just looking through bandcamp to see what to buy now. I’m more leaning towards downloads instead of physical purchases these days, but do find it a bit pricey when most downloads seem to be around the £10 mark these days. It’s obviously not that much in the scheme of things, unless you want to buy multiple albums and then I end up hesitating a bit.

I’ve not really been put off gigs due to the price yet, although I am generally going to less gigs than pre-pandemic. Mainly just wanting to see the bands who I’m either listening to repeatedly or those I love/know will be great live. Am a bit less excited about going to a 6/10 or 7/10 gig these days.

Pretty much just spend a tenner a month on Spotify and nothing on gigs or records or merch, so I’ll reluctantly probably carry on doing that.

Vinyl seems to be significantly more expensive these days, and there’s certainly been a few releases where I’ve bought a download rather than the LP.

Gigs in Brighton is a funny one - there used to be a lot of free local gigs, because there’s two or three local music colleges and the students there need to put on performances as part of their courses. It feels like there’s a lot less of them - I don’t know if they’ve changed the rules after a couple of years where they couldn’t actually put on gigs, or if I’m out of touch with the local bands so don’t see their gigs? And paid gigs might be a little bit more expensive, but they’re still loads cheaper than equivalent gigs in London (and that’s before you even consider the additional travel cost of going to London for a gig). We’ve got it good down here,

Used to buy loads of CDs but have now cut that out as an unnecessary expenditure and just listen to everything on Tidal, sadly.

Pretty much just streaming now. Don’t feel great about it but them’s the breaks at the moment.

365 apparently returning soon.
Prices are getting a bit out of hand outside of deals tbh.
Mind you I think paying for digital is silly so what do I know

£13.99 a month on Spotify, buy a record every now and then but mainly just for Mrs F’s birthday or Christmas. Haven’t been to a gig in about 10 years and don’t plan to either. Was thinking about getting a CD player on ebay actually so then i might buy some in Oxfam and that.

Haven’t bought many records recently but that’s more to do with listening habits and lack of space tbh. Music is so important to me it’s going to be pretty much the last non-essential thing I’d cut back on to save money. Silly really.

I’m prioritising live music over owning physical media. So planning to really pare back the vinyl purchases but still buy tickets to gigs. Well, that’s the plan, anyway - my vinyl-buying habit may be tough to break…

Basically completely knocked buying vinyl on the head a while ago except when I’m visiting a record shop on holiday or something. For gigs I’ve bought a couple of tickets for things this autumn (Animal Collective, Japanese Breakfast, Confidence Man) but for other stuff I’ve just sort of been waiting for a payday when the money isn’t already earmarked for something else, so can see myself missing some things. I’ve been to some local grassroots music stuff though, maybe more than usual as that kind of thing is really in full swing atm

I have noticed that I buy far fewer gig t-shirts. For big bands that play Brixton/Shepherds Bush t-shirts are £30 and sometimes £35. Smaller artists at The Shacklewell sell their’s for around up to £20. Probably due to increased production costs which is understandable but for me the t-shirt has to look very good as a product for me to part with £20+ nowadays.

A lot or this is because venues are now taking a cut of merch.

I wrote an essay about it earlier this year 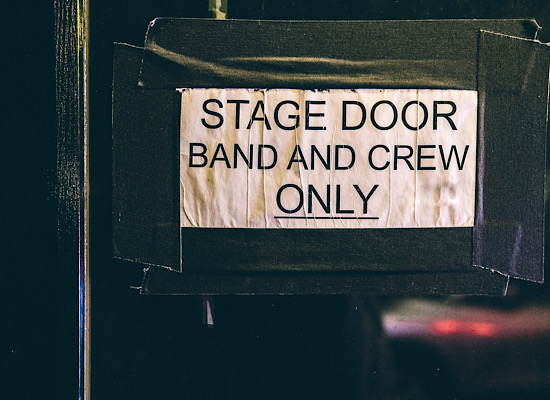 The Quietus | Opinion | Black Sky Thinking | The Ides Of Merch: Why Venues...

Touring is not as lucrative as you might think. Are venues really taking 30%+ commission on merchandise? Artists have had enough. Sean Adams explores how attitudes are changing

Vinyl seems to be significantly more expensive these days, and there’s certainly been a few releases where I’ve bought a download rather than the LP.

From what I’ve read, vinyl has gone up because of the price of oil (the P in PVC) and Brexit as most of the records are pressed in Europe - not sure if there other factors in the supply chain of making and selling records.

Major labels shifted a lot of their business to online stores as they get the record shop margin, which has obviously meant shops need to charge a bit more if they’re lost some volume of sales.