they find the time to snap chat, but there’s never time to call me anymore

More of a BANTA person!

Shittest craze was the Lance Armstrong charity wristbands. Had one with a marijuana leaf on it instead because I was so fucking edgy

I have a memory of weeping with laughter in a shop at the awfully translated descriptions on the packaging of these. ‘Geng of alien baby is same as of human baby’ is a phrase that’s stuck with me for life.

Didn’t Puma have a disc instead of shoelaces for all of six months?

I heard if you put them in the freezer overnight between 1999 and 2000 they would have babies but they didn’t. First disappointment of the millennium 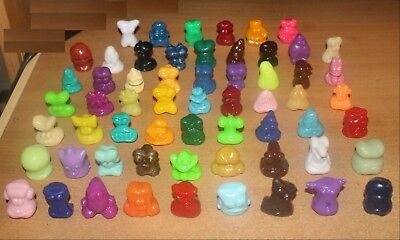 Got banned at our junior school cos kid were getting violent over them in the playground. Still remember when Mr. Sturgess said in assembly “gogos are gone gone”

Yep. Think I had a glow in the dark t-rex out of it in the end. Probably cost my parents hundreds.

Annual reminder that Gil Scott Heron was the ‘you know when you’ve been Tangoed’ voice.