Okay, so I’ve always wanted to share the music I listen to to everyone, but I’ve never found a proper way to do it, and I’ve been thinking lately about creating a youtube channel where I could talk freely about music. I don’t know if it’s really a good idea, anyway, so would you give me some tips or something?

I would like to do reviews, recommendations, opinions in general, but fair opinions, not as Fantano does (love him tho), you know? What can you advise or suggest me?

that Fantano guy is annoying as fuck. try not to be like that.

Really quite an understatement 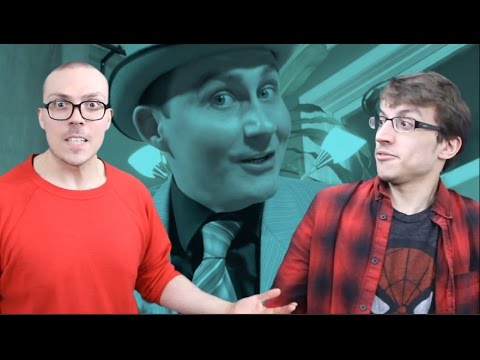 The internet has quite a lot of these already. I guess try and figure out a niche for yourself.

I second ericthefourth, YouTube is really oversaturated now and for every Anthony Fantano there’s about 1000 people getting 46 views per video for their album reviews… but if you can find a decent angle and get confident enough then there’s still plenty of room to create a good channel for yourself.

I find Needle Drop relatively entertaining and to be fair to the guy he does a comprehensive job of covering a lot of diverse music. i think he needs to be a little bit irritating to be memorable.

I’d say try and come up with a general mission statement / aesthetic approach that sums up what you hope to achieve and communicate with your channel, and a few ground rules for how you’ll approach it (i.e. “fair opinions, not as Fantano does”, etc), just as a personal guide, then just give it a crack !

and then sky’s the limit, and the sky is full of juicy adsense cheques (http://socialblade.com/youtube/user/theneedledrop) 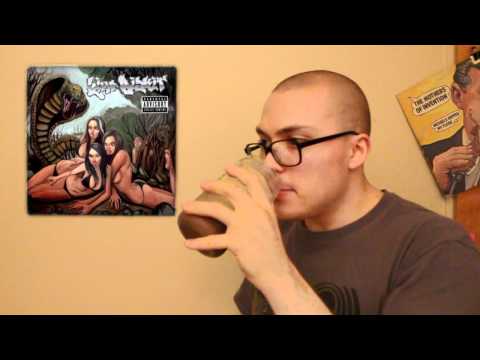 You could always specialize in exactly what you review, or be a dynamo and review everything. You shouldn’t try to be a meme like Fantano. Just be as charasmatic as can be. If you do end up creating one I would watch. I like hearing different opinions of music.

If you must make videos then practice like mad to get your presentation right and write out every word you are going to say in a script. Nothing sounds worse than somebody umming and erring and fishing for words.

Take a few months at least before you put anything at all up. And, yes, be passionate and try to find a specific niche, perhaps related to a style of music you like. There will be others out there who like it too.

If you’re doing this because you want to be famous and gets millions of hits then be prepared to be a wanker. You’ll get a Christmas book deal out of it though.

Well, I’ve been months thinking about this, and now I think I will start preparing my first(s) video(s), this week or next one.

Nothing sounds worse than somebody umming and erring and fishing for words.

Of course I don’t want it to be desorganized, I wouldn’t like to sound like I’m always searching for my words.

I’ve always thought of videos where I talked about my weekly discovery. I discover lots of artists per week, and I would like to share most of them to everyone. That would be a decent idea, no?
And of course, talk about new releases, my fav songs, albums or artists, maybe I could tell my “followers” (if I reach 1 follower), to share some songs or artists with me, and I could say what I think about them. ??¿?¿? well, I don’t really know.

I started a blog like that last year, but gave it up at the end, because I was writing for myself. Maybe with youtube videos it would be more entretaining, not just for who watches me, but for me too.

If you’re doing this because you want to be famous and gets millions of hits then be prepared to be a wanker.

Of course not! There are two reasons why I want to start this. Firstly, of course, is to share my music to all of you, and secondly, is to improve my speaking, because English is not my first language. And by improving my speaking I don’t mean only in English. I usually get stuck while talking, doesn’t matter in which language it is (more in English than I do in Spanish or Catalan). So that’s it.

I find Needle Drop relatively entertaining and to be fair to the guy he does a comprehensive job of covering a lot of diverse music. i think he needs to be a little bit irritating to be memorable.

Perhaps, but he was also being smug as fuck on twitter the night of the US election results which just confirmed for me that he is definitely a cock.

Didn’t he out himself as an MRA wanker recently as well? So yeah, try not to be like that.

why don’t we start a DiS collaborative youtube channel where we all make vlogs about bon iver coming out to a sold out audience or whatever?

do you WANT to take food off of sean’s plate???

You know? That’s not a bad idea, pretty good, in fact. But do you think anyone here would take seriously a project like that? How many people would we need? How would we organize?

Well, it would be really good to make money for the site, to maintain this. I’m almost new here, but if the idea was taken seriously, I would surely collaborate.