A real fruit salad there from Little Gerry Cinnamon

I wouldn’t say so… What the hell happened?

I have no idea, I’m liatening to the old XFM shows and coming towards the end of those (on the ones where Tim Key steps in which are ace) and even though that show went downhill, its still so much better than the current stuff. I’d say its the BBC’s directive but I watched one of their online shows last lockdown and it wasn’t great.

Elis once said he prefers John fed up cause he gets edgy and is a better broadcaster and it seems there may have been some truth. Pretty mad John’s sister in law is the maker of Promising Young Woman

E&J have been pretty much my lockdown listening. Went through all the xfm shows last year, felt very weird when something that was already finished is coming to an end for you specifically.

I’m about 20 in of the five live shows and quite enjoy them still, they seem a lot happier, which is nice. I also don’t really mind Robins but can see how he grates.

I don’t find him grating as such, I always preferred him on the older shows, but the shows just got a bit dull. I still listen but I don’t know if thata from habit now or actually enjoyment. On one of the recent isolation tapes, half of it was dedicated to John literally talking about sitting and watching pipes 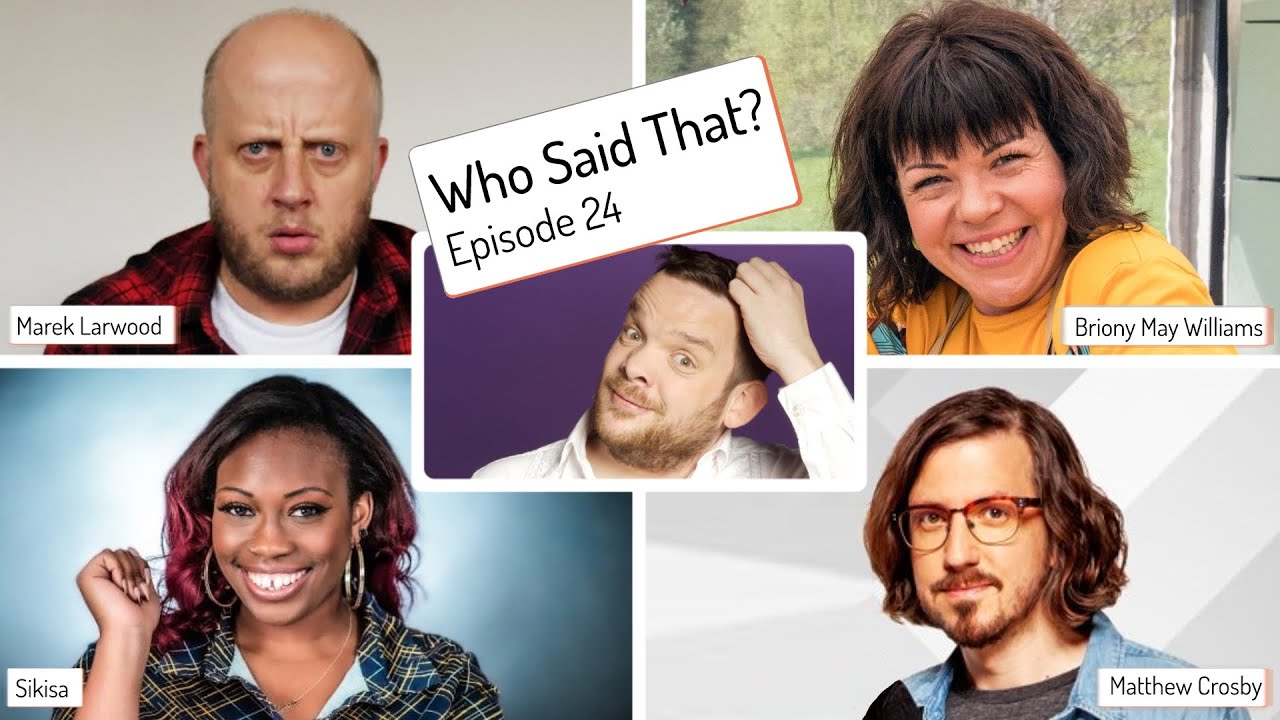 bit of bonus Crosby this week. Think him and Marek are the two people I want to see on Taskmaster most, other than Kathy Burke

Always found the host guy a bit… creepy. Couldn’t ever put my finger on it.

Yeah I don’t really like him. Every thing the guest says he always says ‘GREAT CHOICE’ or ‘I LOVE IT’. I always skip the shit at the start too, it’s made it go from a podcast I’d love to one I only listen to if someone I like is on

That’s what I started doing, then just binned it off entirely. Makes me feel icky.

I see what you mean, I don’t find him creepy but he comes across as a bit of a suck up eager to impress the guests. Think he’s childish more than creepy for me. The troubling boners/wide ons shit is just unfunny too, I liked when Kermode just was like 'I’m not even going to entertain that’and moved on

Listened to one Off Menu with Corey Taylor and there was literally like a 10 minute talk of shitting. Never again

Listened to one Off Menu with Corey Taylor and there was literally like a 10 minute talk of shitting. Never again

Nah, the Corey Taylor one is the only one I’ve heard, what was the Jeselnik one so bad for?

I haven’t heard it, but from what I’ve heard others saying, it’s just a really awkward clash of comedy styles with Jeselnik trying to be really edgy and it not really landing or something?

Yeah, him and Acaster did not click. At all. I’d recommend finding it if only for the immense cringe factor.