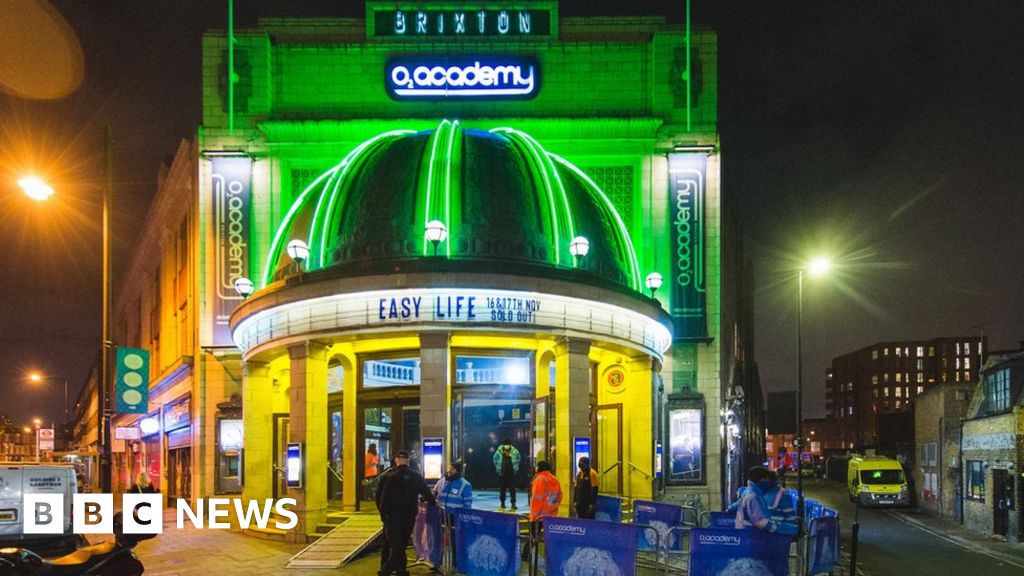 People were said to be forcing their way into the O2 Academy, where Asake was performing.

Supposed to be seeing 2 Many DJs at the academy tomorrow. Presume that might not happen now.

looks really bad, how sad. i hope those people and any affected are ok.

Grim. My money is on them blaming ticketless fans before it eventually comes out that the police were in some way responsible.

It doesn’t look like the police were called until the crush happened?

Asake had tweeted asking people without tickets not to try to attend a previous gig, so it appears it’s something that had happened before; 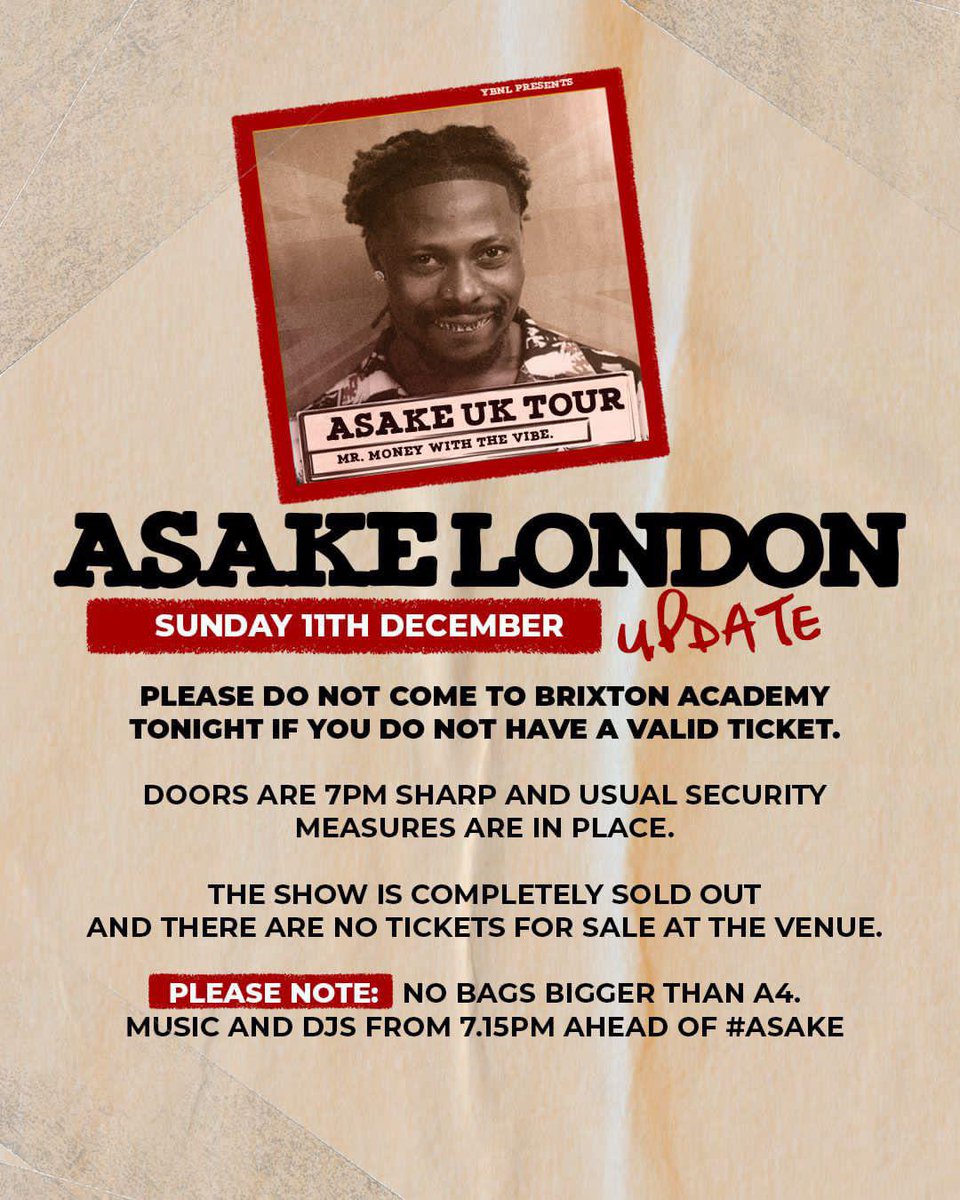 Obviously there’s a much bigger issue here if there were ticketless fans, but Brixton has an issue with security people letting with seated tickets into the stalls. I’m not sure how much of an issue it is, but I’ve spoken to people who’ve been let in like that, and have been unable to get into stalls at some gigs I had tickets for.

One video I saw had police throwing/shoving a woman down a short set of stairs outside. I get the impression that once it started spinning out of control, they were escalating rather than de-escalating.

Really bizarre scenario. Feel awful for the people who got hurt. How did so many people without tickets turn up at once? Was that organised in some way?

Some of the blame for the venue is maybe a bit misplaced but that the o2 didn’t have some kind of emergency plan for this sort of thing isn’t good at all.

Yeah, that was really grim. No idea what the context of it was as the video pretty much starts there, but can’t imagine there was anythng to justify that - could easily have been looking at a serious injury or worse.

There’s also videos showing fighting inside the venue, with a lot of space in the stalls taken up by it (kinda like what it would be for a moshpit) which can’t have helped the crowding and crushing in the rest of the venue.

Security checks are so slow now for these big gigs that it feels like something like this has had the potential to happen for a while. Brixton’s not the best layout, huge queues and then quite a narrow entrance hall.

I get the impression that once it started spinning out of control, they were escalating rather than de-escalating.

Think it’s quite interesting that the police have already talked about holding officers who’ve used force accountable. That’s rarely a line you hear from the Met. Dont want to speculate and ascribe meaning to it, but it does feel different to their usual messaging after incidents.

Seen only the video of people trying to get in through the closed doors, taken by someone who seems by the door videoing out into the crush on the street … And it’s anxiety-inducing enough that I don’t think I’ll be watching any others. I wouldn’t want to rush to judgement of anyone, but based just on that video (no noticeable security or police presence) I do wonder about how well risk-assessed and prepared the gig was if people attending without tickets had been an (albeit lesser) issue for previous shows. Idk who that falls on … The promoter? Artist? Venue? Police?

Think in this case the artist is somewhat absolved seems like they have tried to stop people turning up to be fair. Promoters came on stage and explained the situation so they are probably not to blame. Reckon it comes down to a mixture of the venue, police, security and maybe the council?

Scary stuff. Hope all involved fully recover. Remember been caught up in a crush at the Warehouse Project New Order gig some years back. Venue was under the arches at Piccadilly Station in Manchester, no where near fit for purpose. They’d either decided to let ticketless fans in or oversold the allocation, but it was completely rammed where the main stage was. Nobody could move. I remember the awful feeling of my shoulders been so pressed together that my chest was hurting. There was no way out once in the crowd. I’m always aware of crowds now - looking for potential ways out, stewards etc.

The people entering without tickets too?

the security was quite lax when I was there recently for a gig, especially compared to when I’d been a few years before

I wonder if they’ve become more lax due to recruitment problems? that might explain why they failed to control the crowd

Always reticent to go after people who are trying to get in places partially cause you’ll have everyone jump on the crowd and then you’ll have one person with a stony expression with a legit ticket on the front of Reach plc saying how poorly they’ve been treated and security are terrible, then it turns out they are underpaid etc. etc. it’s all just a circle at this point

Tbf to @Roughyed, he was responding to my post specifically wondering about who was responsible for risk assessment and management.

That footage is horrible. Really hope those people are OK.

I think it was the last of three shows at Brixton. There was a bit of aggro there on one of the other nights which I assume is why Asake put that message out. The venue should have put more security staff on at the very least. Find it really hard to believe that that many people turned up to a gig without a ticket though.

@DammySNM
They need to close down o2 Brixton. What a myth lol #asake https://t.co/5vjNzwi4pn

This video shows a significant build up of people outside the venue.

I mean, this is a disaster but there is a lot of people there without a ticket trying to get into a sold out gig.