I think they’re good. I have a genesis Tour De Fer 20. It’s a well built solid bike with good components. I didn’t think it was overpriced at the time, prices might he higher these days though

So looks like I might be able to claim for my crash bike (and helmet) on our house insurance under personal belonging cover, up to £500. I’m gonna ring tomorrow and check. Might as well.

Has any done this before? Is it a good idea? Will it mean future premiums go up a lot? I’m guessing not, it’s small change compared to the whole house. I’m guessing they’ll need proof of purchase and that my original order confirmation from Evans will suffice?

presume we’ve seen all these pics of Harrison Ford lycra’d up in the Toon? 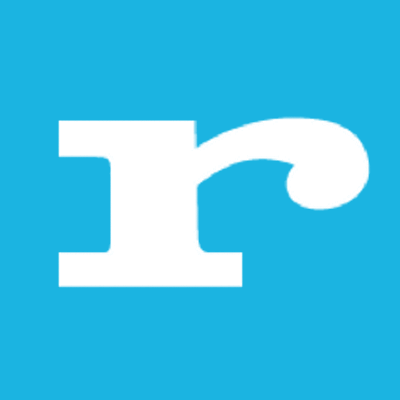 @roadcc
Harrison Ford surprises the locals by rocking up for some grub in North Shields...in his cycling kit; The Hollywood A-lister is currently in the North East filming the next Indiana Jones movie road.cc/283949 #cycling https://t.co/Uwds8GZ5gY 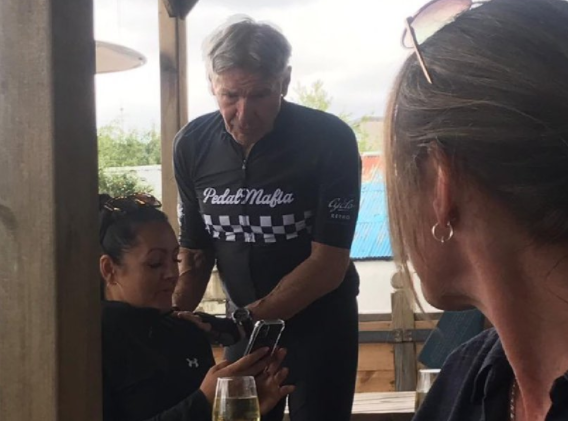 If he falls off his bike maybe there won’t be a next Indiana Jones movie.

That fridge never did survive a second nuclear blast

Went up a loop of road off the main drag that nobody would ever use it other than to access about 6 houses (or go poking about on their bike) and the surface was like a snooker table. About a kilometre long, but could’ve ridden up and down it all day.

or go poking about on their bike

Ninety percent of my biking is this

Feel free to ignore this if I’m just spamming the boards now, but I thought I should follow it up seeing as everyone gave me advice.

Since I was banging on about it before, I re-found the other person on another forum who had the same problem (and possibly another case). The bike was booked in for an appointment today (I forgot to mention previously that one of their mechanics did look at it once before and was puzzled by it, but asked me to book it in for a proper appointment). Today’s fella seemed to recognise the problem immediately, he said that it’s pretty common and is kind of a safety mechanism in mechanical disc brakes and there was no point in him taking the bike (unless I wanted him to) because he’d just be doing what I’ve done. In short, I’m not adjusting and replacing the brakes frequently enough even though I thought I was.

On the one hand I feel like an idiot but on the other, this seems like the opposite of a safety mechanism? I’d assumed that the pads would just wear away and the lever would get more and more spongey until they eventually stop making contact with the rotor (rather than soften and then one day suddenly release without warning). It was sweltering and there was a queue building up behind which made it a difficult to have a proper conversation.

and is kind of a safety mechanism in mechanical disc brakes

never heard of that, like. sounds to me like they’re either set up wrong or the spring in the caliper is knackered or something. might be wrong though, who knows.

Yeah I’d get a different set of callipers. I’ve worn budget Shimano caliper pads well beyond where I should (and @japes saved me) and at no point did they release. 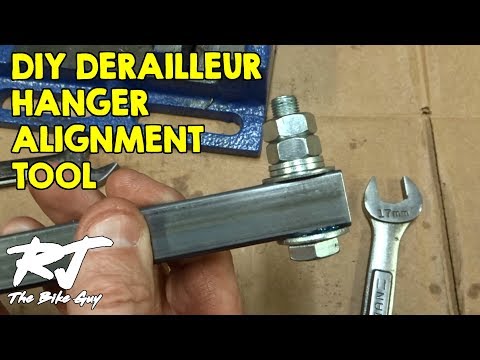 A little bit of play and tendency to loosen while in action, think I’ll replace the nuts with a nylon lock nut.

Also think I’ve stripped the threads on the hanger. Probably a lesson here but I’m buggered if I’ve learned it.

Cheap at least. And would have been cheaper if I remembered I already had the drill bit.

nice! Good bit of engineering there.

it doesn’t sound all that convincing to me. I would seek another opinion I think

Are there any mountain-bike specialist shops around you?

Got there! Six months ahead of schedule.

lol. Just found out what bike my dad bought.

I’m cutting him out of my will.