Occurs to me how blessed I am to be able to take my bike into work.

this is great, thanks

Guys, what’s the go-to site to get riding routes that will only put you on a road if there’s absolutely not cycle paths? Is there such a site? Obviously I’ll need one that covers Melbourne.

Got my bike from the shop today but was forced to take it on the train half the way as I realised Google’s directions when you put ‘bicycle’ in don’t seem to let you select the option of, “Please try to avoid death as much as possible”.

Cyclestreets is probably still the best that the UK has to offer, and that only really covers a few cities comprehensively in the UK. I think they’ve appealed for people to help put together the data for Melbourne

Your best bet is to ask Melbourne-based cyclists or look at the Strava heat maps for a guide, and then cross-reference with Google Streetview.

Edit: are you looking for general pootling routes, or direct AtoB routes? In London, Jon Stone has a series of good guides for the best commutes and popular routes on YouTube. There may be an equivalent for Melbourne. Again, asking local cyclists is your best bet

Ah thanks. There are a series of PDF maps online that seem to outline all the routes but obviously that’s a bit cumbersome.

I’m just really thinking that if I want to get to a particular place safely it would be good to just have a thing that says here’s a route using cyclepaths. A to B but obviously it might have to be considerably longer and more roundabout.

When Melbourne has a cycle path it’s a good one at least it’s just when it doesn’t I don’t feel like Melbourne drivers have much respect for cyclists, not least because the speed limits are all so much higher.

Does the TravelSmart map (halfway down the page) help? Melbourne's public transport is the easiest and best way to get around the city.

Or this Google maps overlay?

which is taken from here 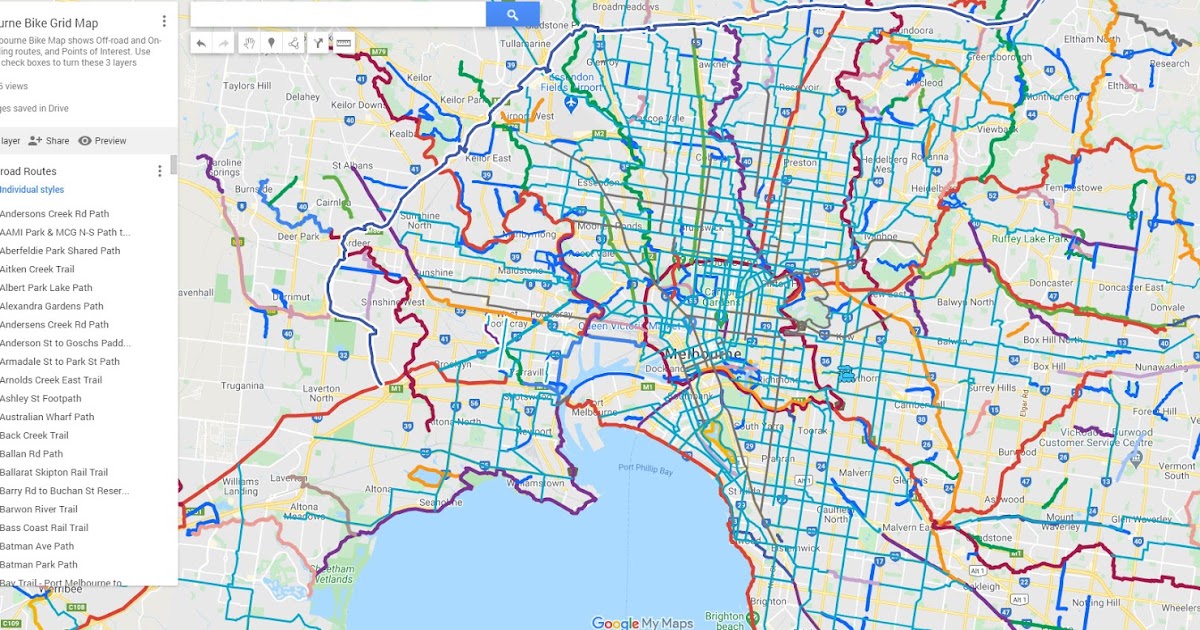 Practical advice on how urban cycling can be cheaper, quicker, easier, safer and more enjoyable than the alternatives for getting around cities

I’ll look again. I did find that second link but it didn’t seem to include all the ones I saw just next to the bike shop so I was a bit unsure how up to date it was.

Yeah massive fan of komoot, mainly use it to plan gravel routes but it seems to usually generate logical and bike friendly routes.

Another shout for komoot. It’s not perfect but usually sends you down quieter routes etc where possible.

omg so on payday i treated myself to a couple of bits of new cycling gear from decathlon. van rysel long sleeved top and new bib shorts.

really impressed with the quality and look of both items! the bib shorts even have a zip so you don’t have to get fully naked to go to the loo! win!

My return to cycling has been hampered by my c-section wound, err, not playing ball. Really hoping it sorts itself by next weekend as I’m itching to go out again please

Eeeesh that is Not The One. I really hope it gets its act together so you can do some rides again soon.

the bib shorts even have a zip so you don’t have to get fully naked to go to the loo!

I guess the zip setup is going to be different from men’s to women’s but my 3/4 length bibs have got a zip up fly kind of thing on them. I had to buy a new pair for this autumn/winter because the zip fell off the pair I had last year.

Thankfully it happened at home rather than half way through a ride!

says the lad who hasn’t ridden in over 4yrs

Haha not for me. Might invest in an ass saver tho