Good morning all. How are you? I think there was freezing rain this morning when I left the house, though it was more like freezing drizzle (frizzle?) Looked like tiny jewels in the air.

Anyway, hope you’re well. Tell me about your day and your plans and anything else you’d like to tell me.

Looks cold. Can’t really be arsed thawing out my car but them’s the breaks.

Absolutely nothing to report.

Dry and cold in the central CF postcodes this morning, feeling weirdly optimistic right now which will probably fade over time. Gonna try to keep it up by taking dog for a decent walk and getting some work done.

I feel weirdly optimistic too. Might because it’s Thursday, I’ve just got one meeting between now and the end of the week, and it’s the last day of January.

Its still -5 outside. I’m getting the train again, But I really CBA.

Yeah, pretty damn glad January is over, it’s been hard yards all the way! Just had the most on brand thing happen, spilled lavender everywhere while making a cup of tea. Still not crushing my optimism!

I had to cycle along the road to the station this morning. Nearly got mown down by a bin lorry in the process.

I’m on a train, i think it’s late leaving Reading. So far I’ve managed to avoid walking down the train to kick somone out of my seat, by standing in an empty vestibule and opening a banana all the way down, just in time for my vestibule to become ever so popular. Going to have a mad dash to Victoria now and might have to forego that flat white i had intentions on. We’ll see. Also, owing to some rather enjoyable fog, i seem to have missed the moon sitting smack bang in between Venus and The Jupiter this morning, which is a shame.

If by any chance anyone is thirsty around half 5 in London, do let me know, as i’m certain i will be up for a couple. I could start a poll, everyone loves polls, don’t they?

Can’t really be arsed thawing out my car but them’s the breaks.

Off work today!!! Gotta wait for some deliveries to come. Might go see Glass after that?

World is my oyster, except not really because it’s -4 out there.

Nice. Have a weirdly-flared pic of the sun (maybe the sun has got his hat on?) in return

Just thought you’d like to know that I considered making this joke and thought better of it.

It must be summer time soon

morning all. at work again, was freezing this morning, then i saw this 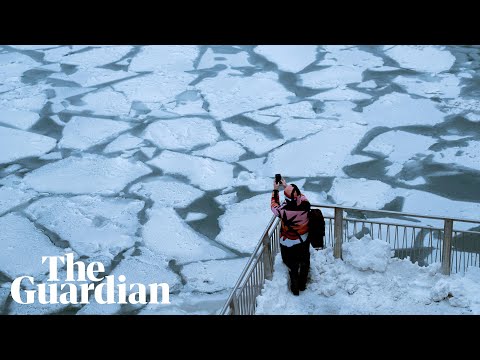 We’ve only got another month of Winter II

I knew I’d snare a meteorological maniac with that.

Had a fun evening sat in the freezing wreck of my car for a couple of hours last night while the AA sent someone to collect it. I only went and crashed it, didn’t I? Into another poor buggers car no less. No one was hurt thankfully. Rough night though.

On the plus side travelling by train let’s you see some nice sights I guess. This nice red sky over Barry for instance.

Hope you’re all well and are driving more carefully than I was.

hope you are okay dude!

Glad no one was hurt. Hope it doesn’t cause you too much more stress. It’s never nice planting your car into another.

Got the school run this morning, enormously cold. But you all know that.

Into the office after that and full of cba.