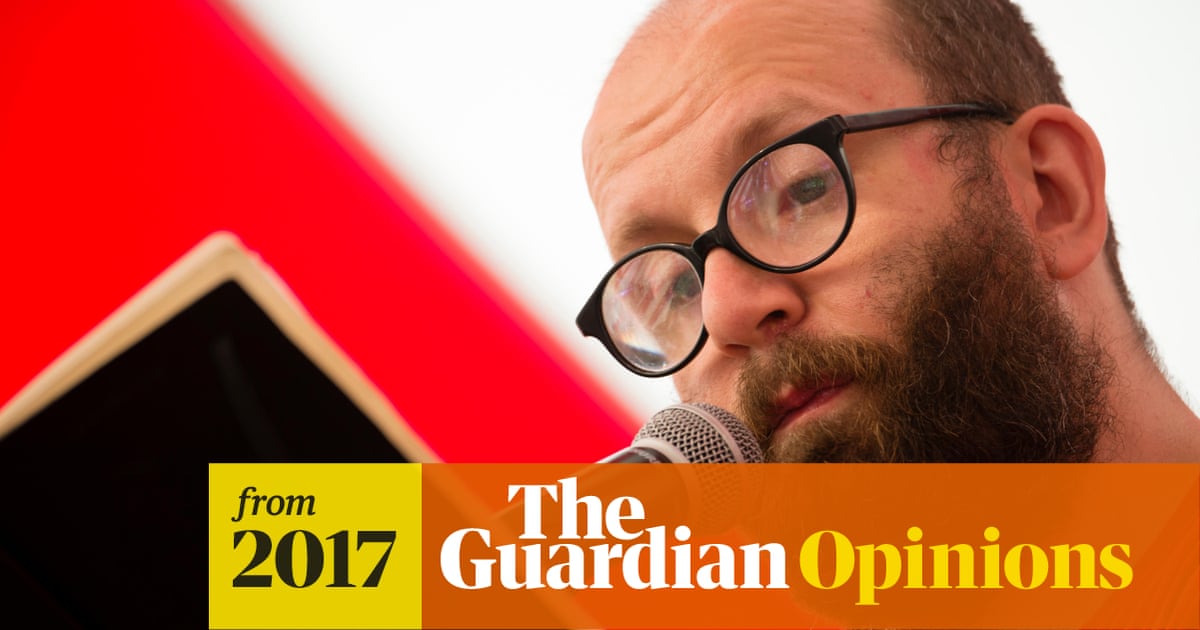 Daniel Kitson can’t reclaim a racist word he’s never been the target of |...

Not sure what to make of this really. The first line is peak Guardian though.

Never heard of his shtick. This makes him sound like he’s a cunt, though.

Saw him do this joke on Wednesday. I winced. The whole audience looked a bit embarrassed.

So the basic premise of the joke is a critique of racism then right? If so then obviously he isn’t a racist, because a racist wouldn’t do that. The point of the article from my memory is to question whether it’s acceptable to use that form of language to do that. She decided, from a position of some authority, that it isn’t, and no doubt he would take that opinion on board if she expressed it to him.

And surely making the audience wince and be embarrassed must have been at least part of the intention. I’ve seen Stewart Lee pull that trick a million times.

Lifes smpler when its Peter Kay reminding us of space hoppers

Yep, definitely. She even says he isn’t racist in the article.

I still really like him though I prefer his plays to his comedy.

Is he really “reclaiming” the word? To reclaim a word is to strip it of its original context and give it a new meaning, surely, so as to transform something hateful into something that can be used with pride. I wasn’t at the show (and this is the first I’ve ever heard of Kitson!) but based on the context given, it sounds like he just used the word. And not as an attack, either, but as an example of the sort of language he heard a lot growing up.

I’m not sure what to make of this either. Doesn’t look like it’s a question of whether he has a right to “reclaim” a word so much as whether he should have used the word in the first place.

I’ve seen him, years ago. He was very funny, thoughtful. Not a gag-merchant. As someone above said, he ‘uses’ the word, to make a point about ingrained racism. He isn’t reclaiming it, nor directing it at anybody. Obviously it’s a painful word to hear, and has negative associations that I can’t imagine…but I think it’s unfair to put him in the spotlight for this.

I saw Kitson on Thursday and watched people looking uncomfortable when he did the cornershop skit. It had a point and it worked for me. It did it’s job in reminding people what we thought was acceptable in the past is actually racist. That we didn’t call anyone for it. I like it when we are reminded of what we use to be like, but we can change for the better. Consistent with Kitson’s outlook.

Thats my take. Haven’t read the Guardian piece, of course.

Erm. Probs just take the word of it from someone more qualified to decide on this one guys?

You realise your comment immediately follows one from someone with the same qualification right?

I don’t think he does.

So you are saying there’s no point discussing it then?

OK well obviously someone who’s been exposed to racist abuse has more authority to declare something to be racist abuse than someone who hasn’t. I’m not sure anyone in this thread has actually argued differently. In this case the columnist and @MarsBonfire have both been subject to that, the difference being in their opinion of the routine. I don’t think the point you’re making is that all other things being equal the opinion of someone offended by something is worth more than that of someone who isn’t, but if you were then I think I would disagree.

Everyone. Hi. I’m a person who was called that from the age of six to 25(*). I’m happy with Kitson’s observation and point.

You have my permission to laugh at the observation , love Kitson and not beat yourself over it.

I have never seen a single minute of any of his work. Therefore literally the only contribution I have to this debate is to point out that racists don’t make anti-racist jokes.

I knew if I abandoned all my replies then someone would express it much better than me!

I would probably need to see him perform it to know to be honest.

If he’s just stating what people called it historically and calling attention to how nasty that is then seems like a good thing?

Is it the expectation/obligation for people to laugh at it because he’s a comedian?

If he aggressively called out anyone who was cheering in a “yay, he’s racist too!” kind of way would we feel differently?

you’re point is good too, enough people know what he’s referring to that if he just said “the p word” instead it could avoid that.

However, maybe the point is to make the white majority feel uncomfortable and feel shameful about their past? That wouldn’t be achieved otherwise, stating it is forcing the audience to challenge and take a stand on the issue there and then. Otherwise they are just faced with a polite and sanitised version which will not affect them.

Also juxtaposing comedy with serious issues and the cognitive dissonance can be a powerful thing.

That said, all that could very well be seen as self-indulgent and disingenuous if it’s actively offending the people it’s supposed to be supporting.