Okay, this will be short and sweet, one studio album a week and there’s only 5 if I include the E.P. In God We Trust, which I feel needs to be there.

A band I can honestly say expanded my mind as a 13 year old when I first heard them -all them years ago. If they are new to you, and they probably aren’t, I cannot recommend both listening to them and reading their lyrics highly enough. Would love to know your thoughts.

Back when I was in my 2nd year uni on work placement, I was listening to System Of A Down a fair bit, and there was always one element of their music that felt quite original to me that I couldn’t think of a comparison with. I was playing it in my shared office one day when my older workmate said if I liked that I should listen to Dead Kennedys, particularly the song Drug Me.

Was quite a mind-blowing moment when I realised that the one element about them which seemed quite original to me was all in this song. Was even more confusing as I’d always considered it was something from their Armenian heritage, so to hear it so clearly in an all-American band was surprising.

Fresh Fruit is the only DK album I own, so I’ll slap it on. Got the one with the extra disc that has police truck, single version of holiday, kill the poor and some other tracks.

This is the first time listening to Fresh Fruit this morning! I mean I had Give me Convenience in 1992 this is a bit of an over sight. I always guessed that they were a singles band, but this is pretty great. I’m having some problems with the tinny production. I can only guess what hearing this in 1980 must have been like.

I’m having some problems with the tinny production.

Yeah, I’m trying to listen to this in the background while working at the moment, but this is not the time for it.

first album I bought and only album I had for ages was Give Me Convenience, didn’t know it was a b-sides album. Moved in with a guy who was a huge fan so got more into them with his help. I think Frankenchrist is my favorite record, but they are definitely a singles band

Love this album. Ordered it from HMV back when I was a lad - they had that massive inventory tome under the counter. I liked the name of the band so looked them up in that and thought I’d give it a whirl.

I think it came with an Alternative Tentacles catalogue, or an address to order one, but was definitely a gateway album to tonnes of amazing music.

but they are definitely a singles band

I think this album is the exception to that.

Mentioned this album on Instagram back in May as one of the “Albums that inspired my taste” series of posts. Bought it in Our Price sometime in the early 90s, it is the vinyl with the huge A1 poster/lyric sheet (that you can see in the Insta post). At the same time I bought this I also bought a record for my sister’s birthday, a Phil Collins album. The look of confusion on the face of the guy behind the counter was pretty amusing.

Whilst my first exposure to the Dead Kennedys was the In God We Trust EP, which a mate from down the road bought up to my house when I was 13 and played it on my Mums stereogram. He also brought at the same time; an Angelic Upstarts single, a Discharge 7" on the Clay Records label and Feeding of the 5000 by CRASS. That afternoon remains the single most evolutionary moment in music transformation for me, and it was the Dead Kennedys that stood out, even from that bunch.

Mind. Blown. To the extent I could almost feel it expanding.

I would disagree that they are and singles band (Dead Kennedys) and Fresh Fruit For Rotting Vegetables works as well as any debut album I can think of. Also, just their name, I mean, Sex Pistols is a great name for a band, Dead Kennedys is like this but a few good bars higher. Provocative, make you think.

Love that they updated California Uber Alles lyrically to reflect political change, both on this album and again on the In God We Trust EP. There is not a bad track at all on Fresh Fruit. It’s speed and at times power still astonish me, even all these years later. For Holiday In Cambodia, album version, which I prefer, to be around the 4 minute mark only feels staggering, like it’s a totally epic track. That loom and trickle intro; leading into one of the most robust blasts I’ve ever heard, then, damn them lyrics, nigh on perfection. “Kiss ass while you bitch, so you can get rich, but your boss gets richer off you”.

Personally, I’ve aways been conflicted about which is their best album, it’s between this and Plastic Surgery Disasters, which almost feels like a whole new sound, yet still clearly the same band. Absolutely love them.

Right Guard will not help you here… 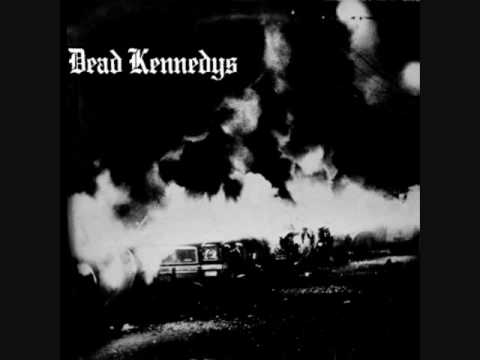 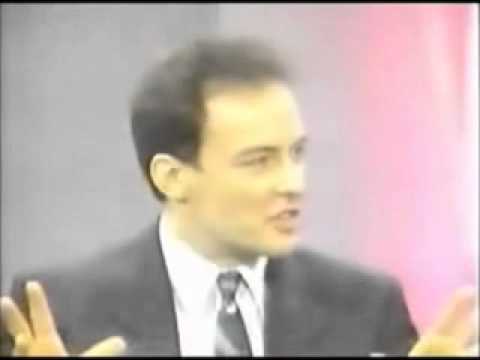 The PMRC was a little before my time but this stuff, crossed with the 80’s Satanic Panic is some terrifying bullshit.

Behind the Bastards - Part One: The Satanic Panic: America's First QAnon

Robert is joined by Jake Hanrahan to discuss Satanic...

East Bay Ray really sets them apart, such a great guitarist compared to a lot of their punk contemporaries who were deliberately playing as simply as possible

Never listened to all their albums though, mainly know Fresh Fruit and a couple of compilations

as well as FFFRV on vinyl, I did have Frankenchrist and Bedtime For Democracy on CD but they got robbed in a burglary and I never replaced them, I’ve also got Give Me Convenience on cassette, no idea why I bought it on cassette it might have been in a sale.

I’ve alway enjoyed Jello Biafra’s unique delivery and lyrics. I like a lot of the other stuff he’s done as well. The collaborations with DOA, Nomeansno, Melvins and his solo stuff as The Guantanamo School of Medicine are all worth checking out.

I went to see him do his spoken word show at Leeds Uni not long after I moved here, 1998 I think. It was just after the Cassini Saturn probe was launched and I remember him going on about the amount of plutonium the craft would have on board as it was slungshot around the sun to fly quite close to Earth on its way to Saturn. His worries were subsequently clearly proven to be unfounded.

It’s on Plastic Surgery Disasters and despite its stark nature is a deeply beautiful song.

Give me convenience is fucking perfect

Okay, this is getting a lot of shout outs here, so let’s add that on and do it last, I did buy it upon release and subsequently have lost it somehow.

The Last Temptation Of Reid

The Last Temptation Of Reid, an album by Lard on Spotify

of course, I knew I’d forgotten to mention someone! LARD!

First heard this track on the Natural Born Killers soundtrack 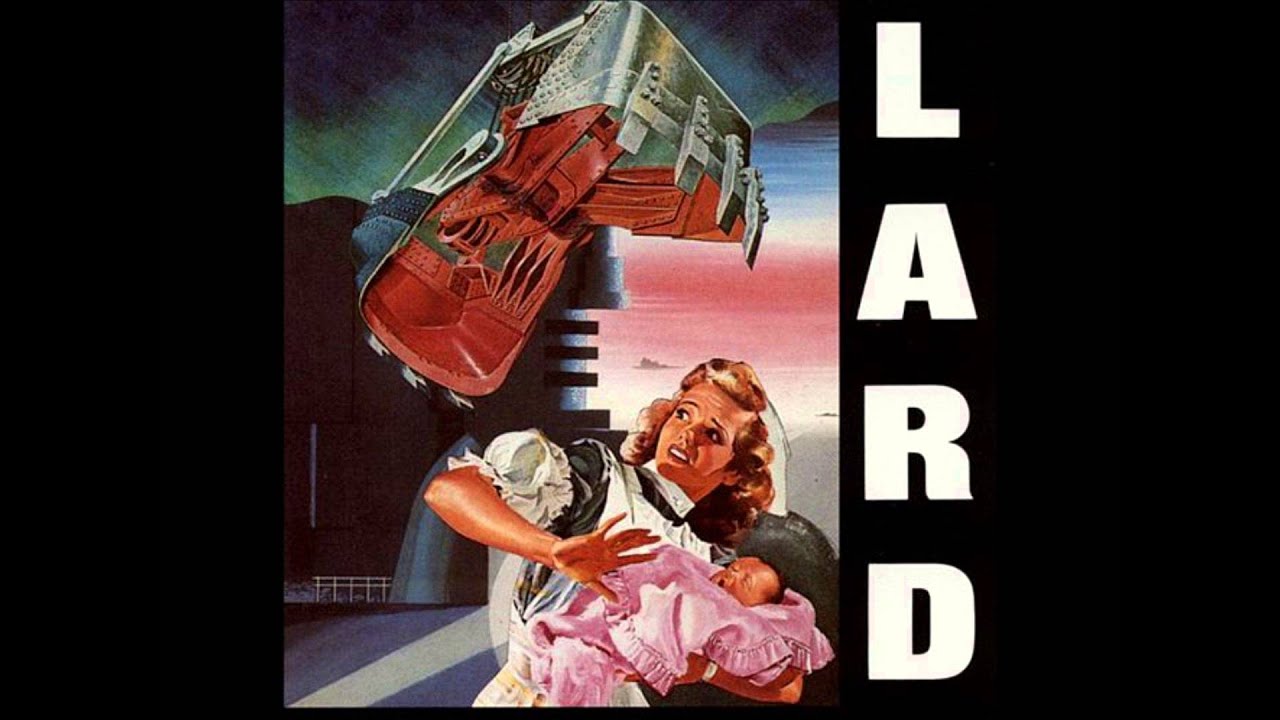 Album 2. Plastic Surgery Disasters. I waver on this a little, but it’s their best album. The vocal tones sometimes say more than the already genial lyricism. A Hardcore album of few parallels. 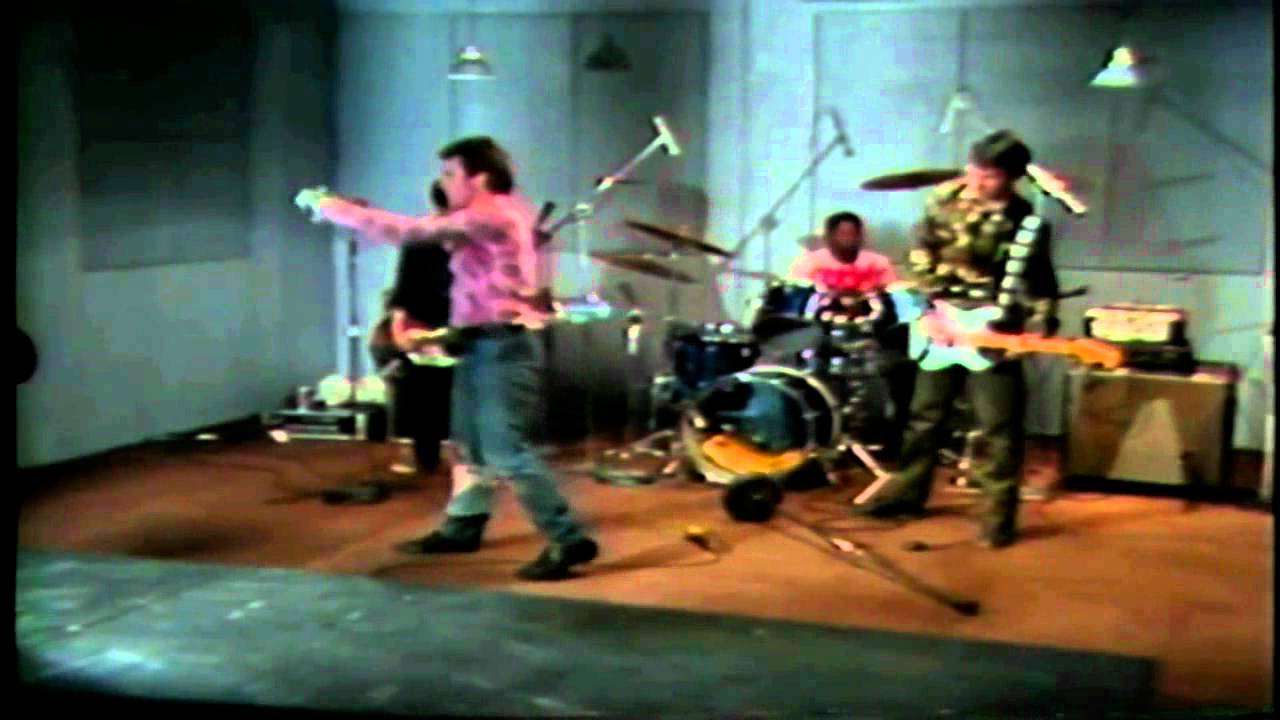