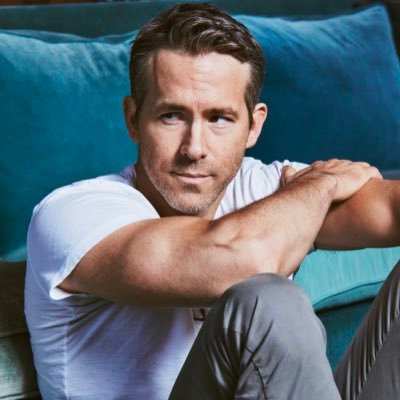 @VancityReynolds
Hard keeping my mouth sewn shut about this one. ⚔️ https://t.co/OdV7JmAkEu
Excited about the announcement of Deadpool 3? So, here's a first! Well, two firsts actually... Steven Morgan is the first comedian to be thumb wrestling against our host Ruud. And, if you haven't noticed yet by reading this, it is also the first episode entirely in the English language! Nijmegen...

Not a superhero guy but I didn’t mind these. Actually enjoyed the second, especially the skydiving scene. Think being in a packed cinema helped. I’ll watch the third yeah why not

These are two of the few films to use Ryan Reynolds’ schtick effectively/not enormously irritating (I’d argue that for all its faults, Free Guy falls into this category also).

First one was a genuine breath of fresh air as the R rating and low budget meant it could get away with 90s comic book violence and necessarily lacked a “Let’s blow up a fucking city” ending.

Second one is obviously more of the same, but directed by David Leitch with the attendant neon-lighting and fucking great action choreography. Love 'em

Love everything about them. My only complaint is…2024!!

I really hate this very long lead time that seems to be the norm.

I really hate this very long lead time that seems to be the norm.

tbf I think it’s less that there’s a longer lead time and more that social media means we are aware of every stage of a film’s development, whereas in the past it was possible for a film to make it to the production stage (which can take years) before its existence was known. This is especially true for the Deadpool series as Reynolds has essentially tweeted himself from an also-ran to an A-lister

I was listening to a podcast recently where someone described being in Chicago while The Dark Knight was being filmed, asking a crew member whether they were filming Batman and being told “no” as a car drove past with GOTHAM CITY POLICE DEPARTMENT plastered across the side

Disney takeover obviously scuppered the original timeline for this

but on the other hand they’ve kept RR in the role and apparently are keeping the tone but also finding a way to put him in the bigger sandbox, which is gonna be a load of fun and a net positive imo.

Absolutely hated the first. Not seen the second.

found out recently the annoying bad guy in a tv show i loved as a kid was played by ryan reynolds. probably his finest role.

Fun fact: the other dude from Two Guys a Girl and a Pizza Place is now an avid and very public swinger

Remember that time Ryan Reynolds was in 'Sabrina the Teenage Witch'?

Way back in 1996, before 'Sabrina the Teenage Witch' made it to air, a TV movie was made to serve as a pilot. In that pilot was of course Melissa Joan Hart. But...

MJH cheated on her bf with him