Death to Urban as a genre

Republic Records will no longer use the term Urban as a genre description and are encouraging others to do the same. 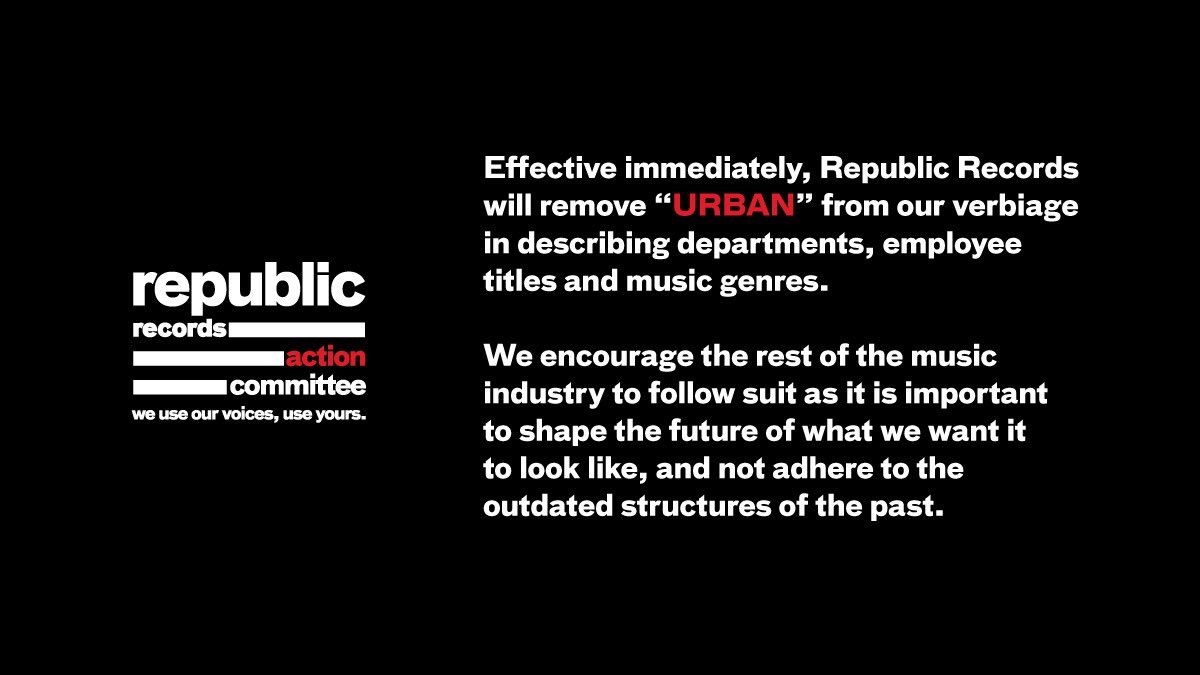 Makes sense, good on them.

Republic Records, one of the most powerful labels in the US, says the term is outdated.

Didn’t know it was still used. Reminds me of Brittanica catalogues

‘Urban’ definitely has some negative connotations but so many black artists straddle lots of different genres and influences – rap, afrobeats, R&B, soul, reggaeton – and in some ways it’s easier to have some sort of umbrella term to cover music that doesn’t fit neatly into one box. ‘Urban’ probably shouldn’t be it, though.

The likes of say the 1975 who straddle lots of genres don’t have to have a label that means “white music”, do they?

Broadly agree with the point though. Segregating pop music predominantly made by black people from the rest of it was always whack and this is a positive development.

A thought for Ruddy Gruddy Urban Ed Sheeran though, who will no doubt be dismayed at the cancelling of his genre.

fair play but they could have changed it to something better.

Hopefully the redskins will follow and just be called washington

Hopefully the redskins will follow and just be called washington

Never going to happen, at least not while Dan Snyder is in charge.