interesting! i never noticed this, but i’m not always good with the small details

i remember my film lecturer at uni pointing out that in one of wes anderson’s films there’s a circle in every frame, can’t remember which one it was

i forgot to mention welles’ performance as the advocate…such a weird, eerie, perfect little performance

can barely his muttering, he’s like a grandiose slug lying on that bed 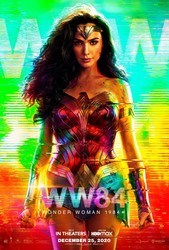 the DiS film of the year voting ends next week

Another film thread? Go on then. 12 people is enough in my book. December Film Thread (Old and New films welcome) How it works: Send me, via DM, your top 10 (at most) films released in the UK in 2020. If you want to make a shorter list, this is fine. Your number 1 will have 10 points, number 2 will have 9 points and so on. The deadline is 10pm on Sunday December 20. I will then countdown the top 20 (?) between the 21 - 24 December. This countdown period could shorten, should I get bor…

Didn’t think the Red, White and Blue one of Small Axe was much good at all really

You know what, I take this back: the big action sequences are indeed lots of fun.

But in between sleeping I can’t get out of my head that the central hinge to this film is Elizabeth Debicki’s character’s relationship which is entirely characterised by (c/w) emotional and physical abuse.

This upset me when it was in the film but the big action set piece finalé left me feeling quite buoyant. It’s only when I starred trying to piece its plot together that I kept coming back to this negative aspect and it’s made me feel less and less happy with it.

Adoration is really good though and worth a watch imo

Did you read this? Made me want to go back and rewatch.

i love how red, white and blue uses geometry, it’s stuck with me the most of steve mcqueen’s films…

more red, white and blue in the changing room, he calls them “fuckin’ pussies”. i don’t reckon that lingo was around at the time. guess no-one here is old enough to confirm? it feels real though, so don’t think it matters. i said the same to joanna hogg about a couple of scenes in the souvenir and she said i was probably right. “pussies” maybe shows that toxic atmosphere has poisoned him to use that possibly misogynist language, they’re dicks not pussies- it’s a man’s changing room. women are the ones consistently talking the most sense in the film. writing that on his locker about his skin colour, in the place where they literally show they are comfortable in their skin, changing, skin out, maybe even more of dagger, if possible. also loaded with the films signature grid’s- windows (extra gridding with the vertical bars), lockers. that audible creak as he opens the locker for us to see the writing, creaky old racism, you know it’s coming.

So last night i watched Local Hero for the first time ever. Fuck me why has it taken so long. What a fucking lovely film.

I’d say that ‘pussies’ is probably anachronistic. To my mind it’s an American term and unlikely to have been used by a UK copper of any background at the time. He’d have said '‘cowards’ or that they were ‘yellow’ - the latter being problematic language in 2020.

Probably my favourite film. Feelgood without being corny. Love it.

I’d agree with this. Using pussy in this sense over here is a relatively recent thing (as an aside, I think that part of the reason Fairytale of New York has only become controversial in the last decade or so is that no one here used that f-word back then, and it only got traction in later years)

i was out for a walk at the weekend with an ATD and he mentioned that the night before he had watched his favourite film ever which was local hero to which i replied ‘somehow i have never gotten round to watching that’.
Anyway last night flicking through various options it popped up on the 4 app so thought i’d give it a watch.
Think i want the life of gordon urquart

Years of quoting the film has ruined proper pronunciation for me - I can only say “Ur-qu-hart” the same way as Mac now.

If you’ve not been, the beach at Camusdarach is well worth a holiday trip. It’s still every bit as stunning as it looks in the film.

I did yeah, but for me that sort of symbolism to a film doesn’t add much rather than being an interesting quirk. Not a slight on @furryfan , I wish I had such a perceptive mind but aa with say Godfather showing orange when someones about to cop it, for me I can’t get much more from that then it being a moment where you just go ‘huh look at that’. I dont think thenfilm is poorly made technically but I didn’t think the story was told well

haha funnily enough i was thinking to myself that once we’re done with all the covid pish i am going to take some time and do some more travelling up north. gorgeous country.

I’m Thinking Of Ending Things - Started off well. Enjoyed the lead characters in the car. Then I didn’t really know what was going on. Carried on watching until the end but was quite lost. 5/10.

Proxima - Eva Green is an astronaut in training for her first time in space. A mood film. Eva Green was good and it was good to see the woman from Toni Erdmann in this too. The relationship between the characters just wasn’t there for the viewer to sympathise with them. 6.5/10

Bad Words - Jason Bateman stars and directs an alleged comedy about a 40 something man that finds a loophole and enters a Spelling Bee. I saw it was made in 2014. The comedy would have been dated in 1984. Allison Janney and Kathryn Hahn’s talents are wasted in this. 4/10

Can I Use Your Phone? - A short 25 minute British horror film I found on Amazon. A bloke gets a knock on his door and is asked if they can use his phone. A phone invasion film. Impressive. Its budget was probably negligible and was probably filmed on an iPhone and really only has one bloke in it. Won’t be the best horror you’ve seen and average acting but for the budget etc. it’s very good. 8/10

Mank - I’ve seen Citizen Kane twice over the years. I’ve seen a few documentaries on Orson Wells on Sky Arts but never heard of Herman Mankiewicz before or at least his name never stuck when mentioned. Loved the film. I’ve seen it mentioned in reviews as potentially Oscar winning in a few categories with the irony being it’s a film about cinema and studios in the year without cinema. Beautifully shot. 8.5/10.