Prompted by some Twitter chat, here’s a Deerhunter thread, including all associated side projects.

No new album on the horizon but Moses has a new album out under the name Moon Diagrams. It’s pretty good, sparse enough beats, creepy samples. 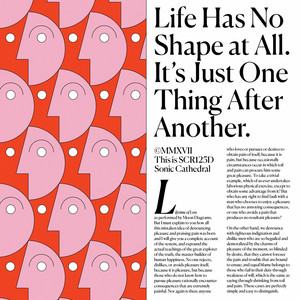 Listened to Halcyon Digest for the first time in a while recently. It’s bloody lovely. Thought I might make a thread to post about 8/10-ish albums that you played loads at the time and are revisiting.

‘Halcyon Digest’ is a really lovely album alright. Don’t put it on as much as I’d put on any of the others though. I think I played it to death when it came out and I don’t need to hear it again for a long time.

Favourite DH album is Microcastle.
Favourite solo album by a DH member is The Flooodlight Collective followed closely by Logos.

The Moon Diagrams album is great; Moses did a MD show at the Shacklewell Arms last year a couple of days after Field Day.

think I played it to death when it came out and I don’t need to hear it again for a long time.

This would be the thread - it’s not a 10/10 that’s going to feature as a permanent fixture in your affections, but it’s the sort of thing you listen to loads when it’s first released.

that’s the only one I don’t like. maybe I should give it a second chance, don’t think i’ve listened to it since it came out.

I thought I didn’t like it for ages, then I went back to it before ‘Fading Frontier’ came out and I realised I fucking love it. Such a weird album but it has so many hooks on it. Still annoyed I didn’t get to see them on that tour.

Was talking about this with a mate the other day. As time goes on, there are loads of albums that were appreciated back then but for whatever reason don’t stand the test of time (i.e. don’t make the lists or have any traction with the next generation when they think of that genre etc.)

Not sure Halcyon Digest is one of those records though, think it’s probably the “biggest” and most loved Deerhunter album. Though I’d agree Microcastles edges it.

Yep - like I bunged on Royksopp’s Melody AM yesterday evening. Felt like it was everywhere for a while, but what kid with a developing interest in electronica is going to land there when they could be directed to yer Aphexes and Boards of Canadas?

I saw 5 Monomania shows plus all their ATP concerts in 2013. Luckily I did 2 shows in the Netherlands and then saw all 3 Primavera gigs because they cancelled the proper Euro tour that was planned for the October.

Microcastles for me, so many tracks on there verged on near perfection and the album as a whole flowed perfectly. I find it such a curious album in some ways because on one level I can interpret it just sublime pop music but with level a of intricacy that, to me, seems incredibly idiosyncratic.

Favorite solo album is probably a toss-up between “Let the Blind Lead Those Who Can See but Cannot Feel” and “Spooky Action At A Distance” although the latter is mostly because “Strangers” is probably one of my favourite DH related tracks and it also shows how important Lockett’s contributions were to the band.

I voted for Fading Frontier but it was completely arbitrary, they are all sublime.

Really been enjoying Rainwater Cassette Exchange recently. I went back to it to listen to Circulation because Moses wrote that one and I’ve been loving the Moon Diagrams album. My first DH show was at the Scala when that EP had just come out, I still have the cassette! Disappearing Ink is a beast, I remember ripping the audio of them performing it in the studio and having it on repeat in feverish anticipation of the EP coming out.

Could talk about this band for days, might attempt a top 5 songs (unordered) instead of doing any work this afternoon.

Love this tropical rendition of Living My Life on Colbert:

Their whole Field Day set was done with this sound and it was great. Really similar setlist to their London show the year before but felt completely fresh.

I agree - the initial Fading Frontier tour seemed a bit ramshackle and garage-y, like it was still stuck in the Monomania days, but then once they beefed it up with the two other members the following year it really sprang to life.

I have never seen this!

Brilliant! I’m certain they haven’t made a bad album - for a time I thought it was Monomania but it was just a grower hurler

The Scala was my first DH show too. I’ve now reached 37 DH shows. DH is the most important band this century for me.

Cryptograms for me. Although, apart from Fading Frontier, they are all very, very close to each other.

Favourite non DH LP is Spooky Action at a Distance by Lotus Plaza.

Saw them on the aforementioned Rainwater Cassette Exchange tour at Concorde 2 in Brighton, supported by Esben and the Witch and Sian Alice Group. That was a hell of a gig. Saw them a couple of years later (2010/11ish), Bradford was ill and the gig was terrible. Haven’t bothered with them live since.