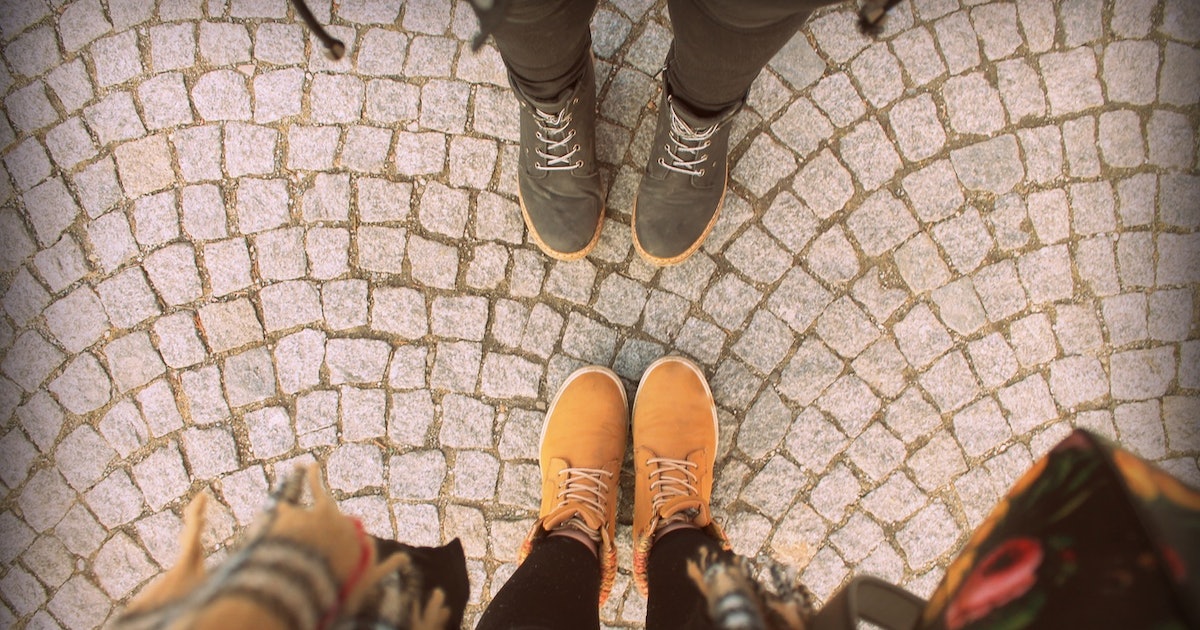 What It Means To Be Demisexual

In an age in which we are constantly one swipe away from our next relationship, the idea of romance is rushed and convenient in a way that it never has been before. Apparently, you should be able to follow your gut, or some mystical inner voice that…

This seems to be becoming a bit of a thing. I’m more aware of it than most because my no-sex-before-marriage friend claims to be demisexual (I’m suspicious given that she’s told me stuff in the past that doesn’t really work with being demisexual, especially as she now goes on about how she’s only ever been sexually attracted to her current boyfriend when in the past she very definitely implied feeling it for her ex who was going to propose to her before getting cold feet about her and Christianity in general).

Recently they had a big emotional convo about him spending time one on one with attractive women outside of a work context - he refused to in case it triggered her being jealous or paranoid because he’s an allosexual (capable of being sexually attracted to people he doesn’t know) and is therefore more likely in theory to stray from her than vice versa. It all seemed ridiculous to me on a subjective level (they are devout Christians and are utterly devoted to each other, can’t even imagine why he would think this might be an issue) but also from an objective one. You don’t have to be demisexual to be paranoid???

I’ve also been aware of debates on it since accidentally once joining a group of radical aces (asexual people) and they were constantly bashing the concept of demisexuality because to them, asexuality could not be a spectrum - you either were or were not capable of sexual attraction.

I guess while I can see how it would be annoying for someone ‘demi’ wanting to participate in the modern dating game, I wonder if it’s especially useful to micro-categorise sexuality? Everything is on a spectrum to some extent - is an identity needed for the varying degrees and quirks of how capable of being attracted to people you are?

Also aware that I’m probably just sceptical because it’s a new idea and I struggle with those sometimes. Sorry if this is overly unsympathetic to the idea. I’m open to learning more about it.

Seems comfortably within our evolutionary spectrum of emotions to only feel sexually attracted to partners you feel emotional stability with. While it’s certainly not typical I don’t even see that as an exceptional thing and not really as asexual at all?

If it works for someone, it works. I find it a bit unnecessary to micro-conceptualise myself but I find my sexuality fairly easy to live with compared to some people.
Sexuality is part of an identity but it’s nowhere near all of it, and most of it’s probably reflective and stuff yadayada it’s fine.

I have trouble separating or wanting to separate the idea of sex & emotional attachment, is that what this means?

I think that the term ‘demisexuality’ confuses the issue, somewhat. It implies something completely different to what it actually is, even if you take into account that it covers a large spectrum of behaviour.

I don’t think that your view is unusual, but it does usually come from those whom society considers to be the ‘default’.

me and marckee are demisexual

I really don’t think it’s a thing, I think it’s just a fancy way of saying you don’t want casual sex. The fact people act like this is the same as being LGBT is mind boggling to me.

that said this seems less made up than say, sapiosexuality

I’ve read a lot about this and even though I don’t like to pigeonhole myself it is really really accurate when it comes to my behaviour in dating etc. Like, (TMI) in the past I’ve tried to push myself into being physical with people before I’m comfortable because it’s not really normal to wait a few dates before having sex, and it’s always upset me so much.

@Songs_about_ducking I think it’s less about giving yourself a label than it is about finding other people who have the same experiences as you. It’s about knowing you’re not the only one going through something, which gives comfort.

Yeah I think asexuality is a legit thing but I do not think it should come under the LGBT umbrella. Its not actively discriminated against ffs

Are people really so lacking in imagination that they find it impossible to believe that someone would only be sexually attracted to someone once they have a strong emotional connection?

And regards the ‘boxing up’, it’s just a convenient word to describe how people see themselves, and to help them explain that to others, and share experiences with others who have similar feelings.

What’s the opposite of demisexual?