I received The Singing Detective DVD in the post today, I haven’t seen it since it aired on the BBC in the mid 80’s. I can recall, starkly, its impression, dreamlike, like a proto-Twin Peaks or something much more. I haven’t watched it yet but recall Potter being interviewed before his death and he seemed so focussed, almost angry, driven and true to his art.

Posting because looking at his works now, so many of them are not available or incredibly expensive, not sure why the BBC hold his material back from viewers? I’m pretty sure The Singing Detective is his major work but would be keen to see more or read what other DiS users think.

I’ve never seen The Singing Detective and yes I know it’s meant to be amazing. Add it to the pile of 70s and 80s classic drama I’ve not seen and likely never will, TBH.

I do recall Potter’s request that C4 and BBC work together on Karaoke and Cold Lazarus was big enough news that I watched both. I seem to recall that Karaoke was the better of the two. Weirdly I just checked and this was in 1996 so I was 21 whereas I’d have guessed it was while I was still in school, maybe doing A-levels.

Overall they didn’t make me want to check out more of his stuff though.

Genuine landmark TV, certainly in my top 5 although not watched it in many years. Gambon was at his peak and tearing up the stage at the time and his performance is superb.
It will be an interesting comparison with modern drama as I remember the story moving (rightly) very slowly at times which wouldn’t necessarily happen today.
imo Potter never achieved similar heights after The Singing Detective but I would definitely recommend watching Pennies From Heaven, Blue Remembered Hills, Brimstone And Treacle

Oh phew, thought this read was going to be about him dying. Maybe add a warning?

You’re taking the piss of course but yeah, he died nearly 30 years ago.

I do recall Potter’s request that C4 and BBC work together on Karaoke and Cold Lazarus was big enough news that I watched both. I seem to recall that Karaoke was the better of the two. Weirdly I just checked and this was in 1996 so I was 21 whereas I’d have guessed it was while I was still in school, maybe doing A-levels.

Same here, even to the extent that I would have sworn I watched them at school rather than when I was at university

Karaoke is indeed far the better of the two - remember thinking that Cold Lazarus was actually a bit rubbish and the only thing of his I’ve seen that I would actively not recommend.

I’ve only seen the film version of Brimstone & Treacle, but that is also worth checking out.

I also enjoyed Blackeyes, although apparently there was a massive backlash against it at the time

Singing Detective is his best though

I really thought this was about some kind of Harry Potter parody.

(Speaking of which, Chuck Tingle’s second Trans Wizard Harriet Porber book is now out and 20% of proceeds in the first three months go to the Transgender Law Center and Autistic Self Advocacy Network. Sadly I think it’s only available on Amazon? Idk if we have had a Chuck Tingle thread but there should be one.)

I have seen The Singing Detective, Lipstick On Your Collar, Brimstone & Treacle (the BBC one) when the beeb finally decided to show it, all in the 80’s, non since. I also have seen Blackeyes who it aired (1990?) and remember it getting a lot of criticism and press coverage at the time. Blackeyes is not available anywhere at all as far as I can see.

I have also seen Pennies From Heaven on a taped to VHS from television video, but again not since the 80’s. Never seen Karaoke or CL (or any others).

Would go as far as stating that The Singing Detective was the greatest TV drama of the 1980s. Staggering piece of work.

I am finally watching The Singing Detective DVD from my OP… and dear God, it is magnificent.

The casting, acting, dialogue, strange mergence of the fictional detective story with the reality. The way the reality mirrors Potter’s actual condition. The way it goes into song, that should never work - but this is high art. So good.

This is the best thing I have watched in an age.

Never knew of him before. Just watching his final interview. Absolutely amazing. To be that engaged, even with a body full of cancer and morphine, is really quite incredible. Gonna have a dig around for his stuff now. 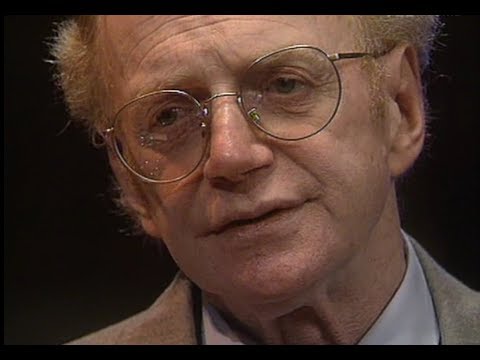 It is masterful (The Singing Detective). On Ep 5 now. The characters, direction, writing, casting, music, acting, depth, darkness, reality (or how you can relate to the themes it brings).