Hiya, this week’s submission is by @Icarus-Smicarus, on Bill Callahan.

Bill Callahan started out making home recorded tape experiments some 30 years ago under the name Smog, but nowadays embodies something of the ‘great American songwriter’ type under his birth name, like a sort cult Leonard Cohen type figure. Most of the real gold though lies somewhere in between, in the midst of this journey.

His early 90s material tends to be more lo-fi and shambling - the first couple of records sound a lot more throwaway from what I’ve heard but albums like Julius Caesar and Wild Love contain some great songwriting in among the experiments. In the late 90s his sound becomes more focused with the help of Jim O’Rourke, but his lyrics continue to function as wonderful short stories, often full of humour and delivered in a detached, unceremonious style.

Into the 00s and 10s is where he becomes, for want of a better term, a more ‘serious’ artist, moving to Texas and dropping the Smog moniker in the mid 00s, his voice sinking ever further into a deep baritone and a greater array of instruments like strings and woodwind finding their way into his work. His lyrics remain as wonderfully literate and full of humour as ever though. His most recent records can honestly feel a bit dull when you’re not in the mood for them, though can still be fairly rewarding when you are.

I would say he’s very much in the mould of Drag City labelmates Will Oldham or Silver Jews, all 3 began around the same time and followed a fairly similar trajectory.

This playlist is non-chronological, although the bulk of it is taken up with material from the mid to late 90s, with a few later tracks appearing towards the end. The material spans from 1994 single ‘A Hit’ - with lyrics that read like a mission statement for the whole lo-fi ethos - up until 2011’s Western mini-epic ‘Drover’, though with some 16 albums to his name there’s naturally a lot of omissions. I think it’s a decent introductory overview though.

1999’s Knock Knock captures Bill at his best, moving further into a more professional sound but without yet straying too far from his roots. Upbeat tracks sit alongside quieter, gloomier ones full of rich storytelling, and even a children’s choir occasionally shows up to provide a deliberately ironic contrast.

For his work under his real name meanwhile, 2009’s Sometimes I Wish We Were an Eagle is a clear winner, one of the most consistent and gorgeous albums in his whole catalogue, and his last truly great album (so far).

‘I Break Horses’ originally appears as a decent enough acoustic track on a mid 90s EP, but is given a new lease of life with a band in a 1997 Peel Session - this definitive version appears on the Accumulation: None compilation and is absolutely wonderful.

Primer: Bill Callahan/Smog, a playlist by Cathal McBride on Spotify

smog has been at the top of my last.fm artist recs for a while but a classic fear of diving in. looking forward to this, cheers ic-smic.

Was a big fan of Smog. Very much sat alongside Palace and Silver Jews for me as you said.

I fell out of love when the last Smog album came out but retrospectively I’ve realised it’s just one track on that album that annoys me and the rest of the album is actually wonderful. But as a consequence I never bothered following his releases post Smog (apart from his last album which didn’t really do it for me tbh). Will take this thread as a way into his BC releases.

one track on that album that annoys me

Kind of an epic track.

Long time Bill Callahan/Smog fan here.
Great write up @Icarus-Smicarus and a nice primer for anyone looking to do a deep dive.

I would say the 3 album run of Red Apple Falls, Knock Knock and Dongs of Sevotion is up there with the best I can think of. Some personal favourites below.

This version of I Was A Stranger is for me the perfect Smog song. Concise lyrically, so much said without him saying it. 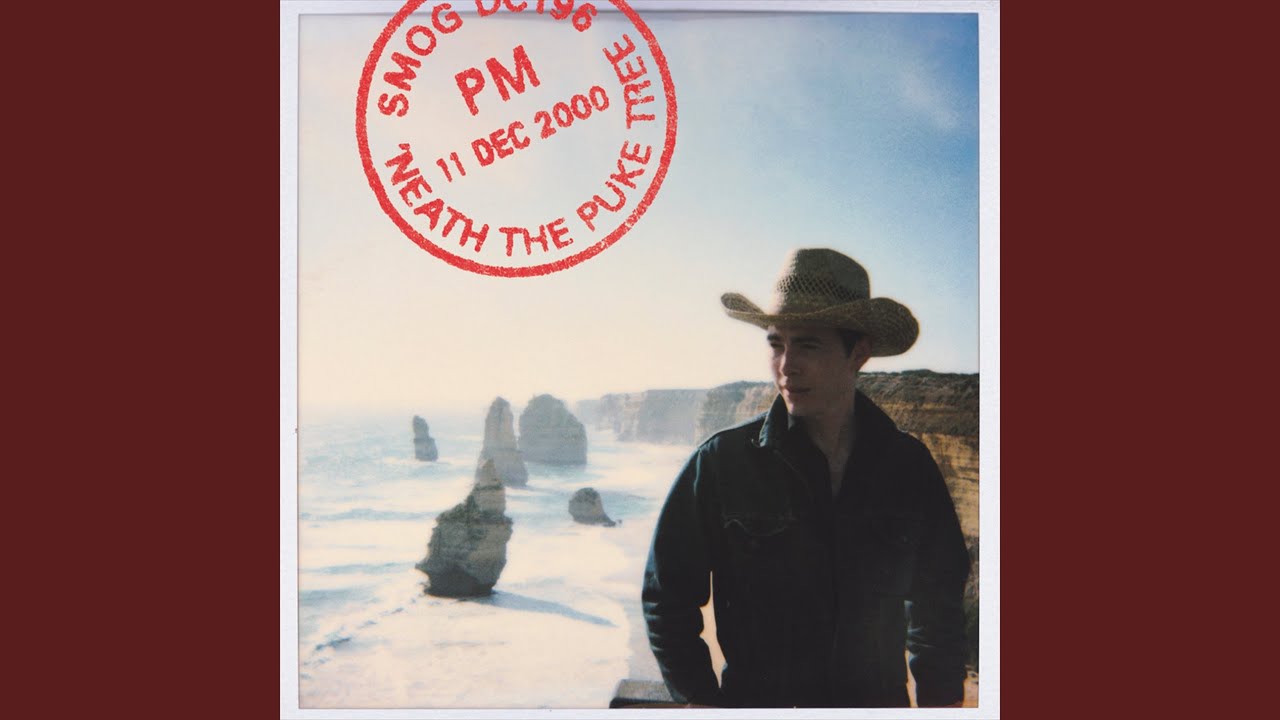 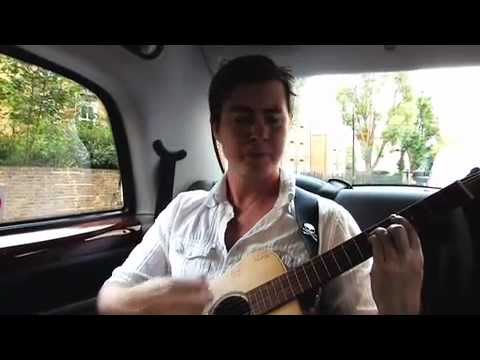 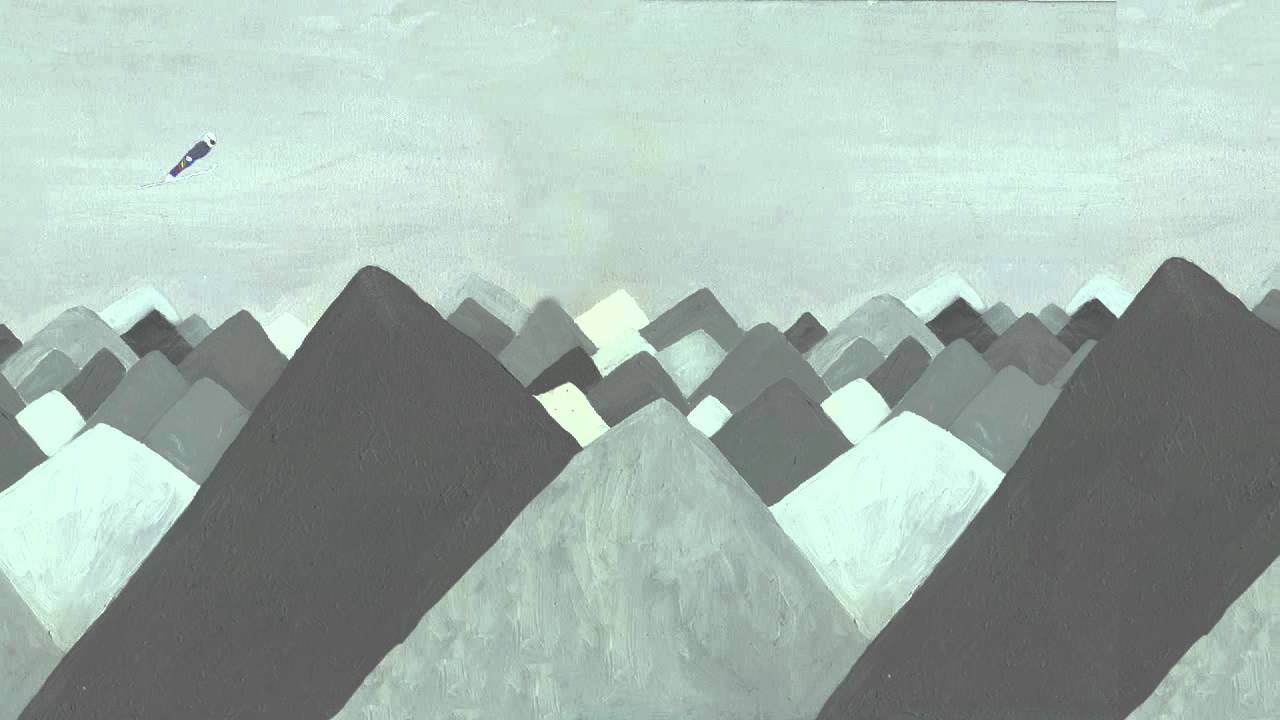 ahh ok. i’m not as smitten with that album as a lot of people but it’s a good sign of where he’d go with the BC albums

I’ve found some of his recent stuff a little pedestrian but the later Smog stuff and early stuff under his own name is brilliant. The first three songs on your playlist are among my favourites. I can see why you didn’t want all the tracks to be from Knock Knock but I miss River Guard which is a rich and strange and wonderful song.

I also love The Sing, if only for the killer line “Well, the only words I’ve said today are “beer” and “thank you”.

yeah i love River Guard, that and No Dancing would have made it on a longer playlist but decided to stick with one per album max

the killer line “Well, the only words I’ve said today are “beer” and “thank you

Something very Silver Jews about that line.

A truly wonderful artist, one of my very faves and that playlist is a pretty damn good primer. Like you say, a hell of a lot of great stuff has to be omitted, but theme the breaks.

Knock Knock was my introduction, but it’s A River Ain’t Too Much to love that is my ATD. I received it on the day my first daughter was born so it accompanied my journeys to and from the hospital. Because of that it holds a special place in my heart.

The only album I’m not too keen on is A Doctor Came At Dawn, which is just a little too lo-fi for me. A really difficult listen.

And just to throw in a wonderful deep-cut, it has to be this: 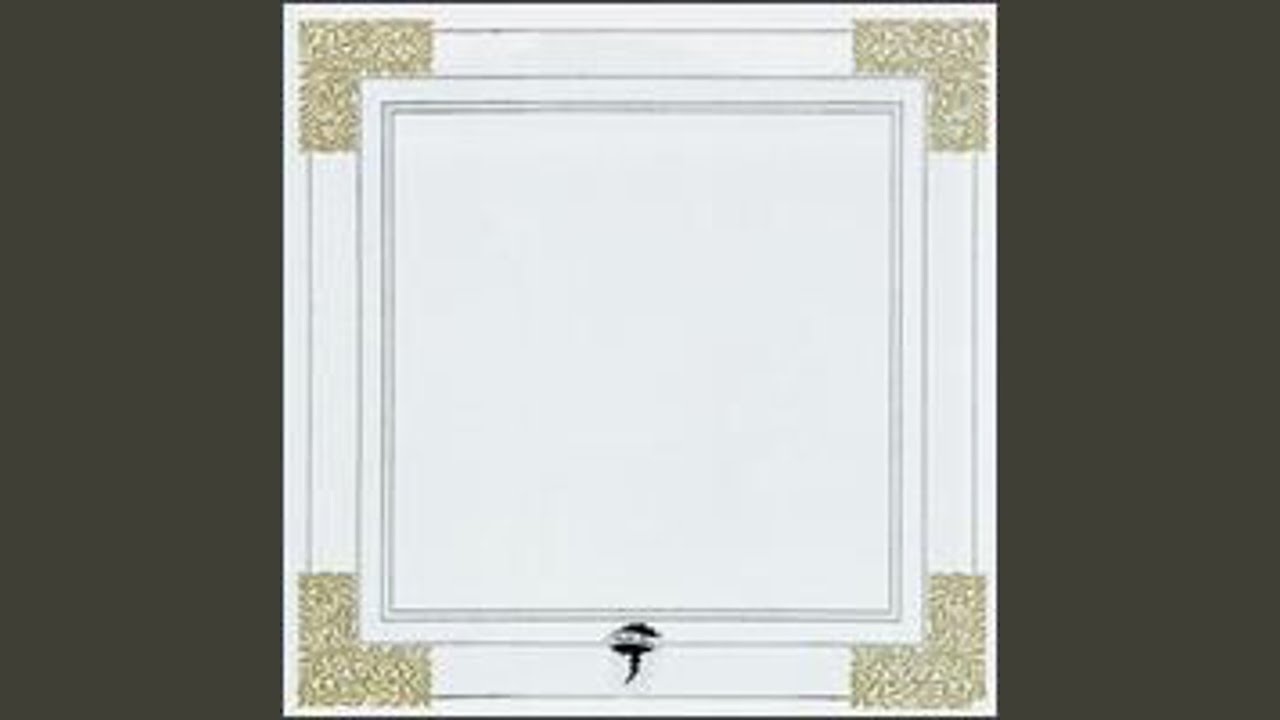 The only album I’m not too keen on is A Doctor Came At Dawn, which is just a little too lo-fi for me. A really difficult listen.

i really like this one! but it is miserable as fuck and tough going. Somewhere in the Night (in my playlist) and Whistling Teapot (Rag) are both really great

Tbf, I’ve kind of avoided for a long long time because of early impressions. Probably worth a revisit. But like you say, it is properly miserable

Rain on Lens is pretty hard going as well, as I remember.

Knock Knock is my favourite too. Held is an exceptional playlist opener!

Yes, a very similar aesthetic, but I’ve always enjoyed that one a bit more. It’s definitely hard going but feels “catchier”, which is definitely not the right choice of word to use

Love Bill / Smog. Really fallen for A River Ain’t Too Much to Love this year. This is a beaut! 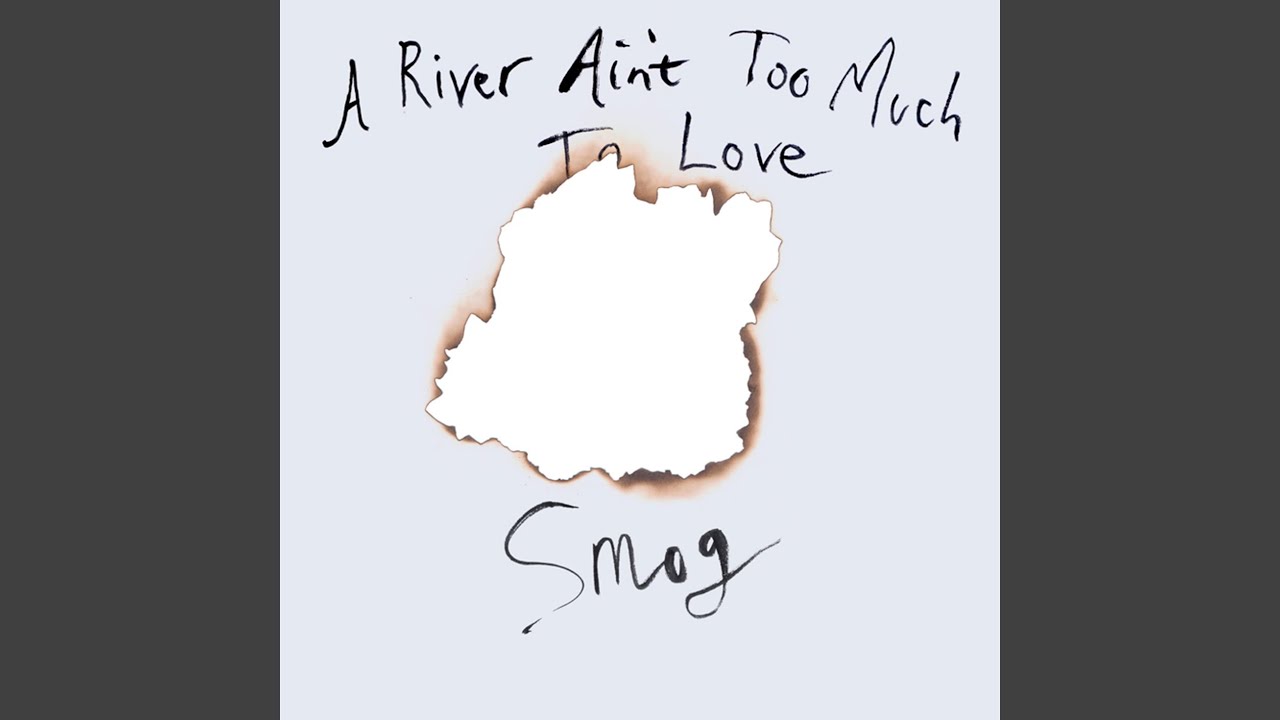 Think Apocalypse gets an unfair rep for supposedly being a bit dull, but I still think it’s up there with Eagle. 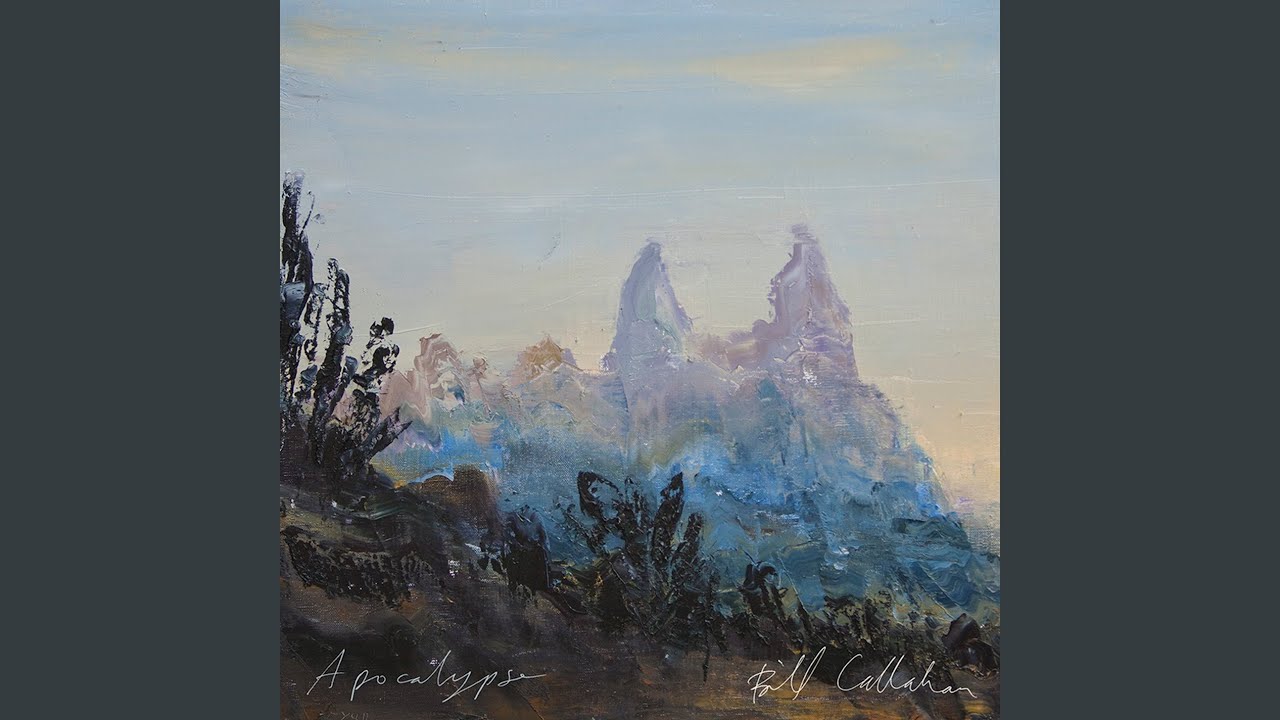 (I’m a sucker for a meditative epic album closer, clearly)

A River Ain’t Too Much to Love is my favourite album, but my all-time favourite song is also a Smog song: 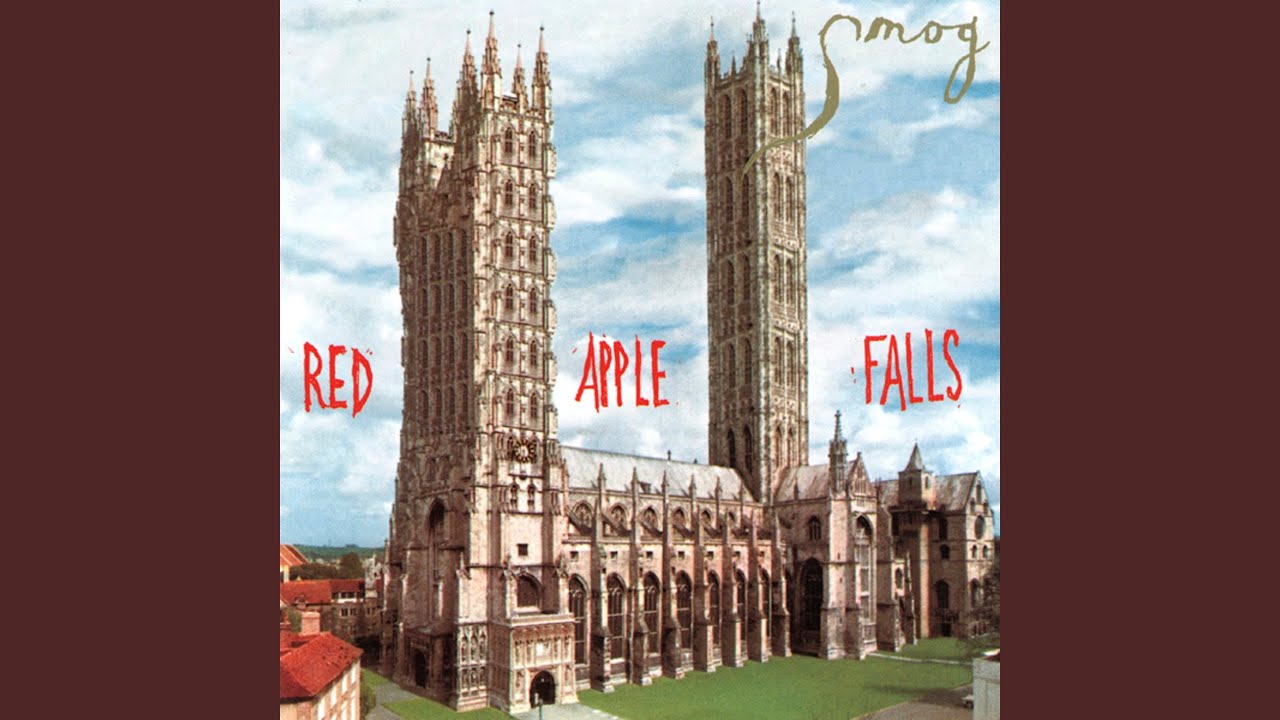 I’ll join you with I Break Horses as my favourite song But I’ll be joining in the River Ain’t Too Much love in and say that’s my favourite album. Haven’t really got on with the post-Smog albums, keep trying but they feel like they’ve lost some essential element that touched me on the golden run of Smog albums.

Would agree with the comparisons with Oldham and Jews; it’s very close but I’m not sure his highs quite reach the highs of those two for me.