we’re back and ready to go again.
Here’s @kram on Gorky’s Zygotic Minki.

If Gorky’s Zygotic Mynci sounds like the sort of band name a teenager still at school would come up with, it won’t come as a surprise that the members of Gorky’s were studying for their GCSEs when they started getting airplay on the radio. Formed in Pembrokeshire by the core group Euros Childs, John Lawrence and Richard James, and influenced by a diet of Kevin Ayers and Soft Machine, they started playing noisy sets in local rugby clubs as they worked on their melodic abilities. Their first release in 1992, the Welsh language Patio was a collection of radio sessions and other recordings, partially made before Euros’ voice had even broken. Once described by John Cale as his favourite album, the songs veer from a barrage of noise in Blessed are the Meek and Sally Webster (the end of which is interrupted by a telling off from Euros’s dad) to the pop delights of Diamonds o Monte Carlo.

Signed to the Ankst record label, they put out their first studio album Tatay in 1994, a wayward collection of psychedelic songs with an otherworldly feel. Although you could hear their influences (there’s even a Matching Mole/Robert Wyatt cover in here, as well as a song titled Kevin Ayers ), they sounded like no one else, with a remarkable sense of their own identity for such a young band. The line-up settled down into a more permanent setup of the three aforementioned friends, Euros Childs’ sister Megan on violin and Euros Rowlands on drums. This line-up went on to release (along with a number of EPs) their final album for Ankst, Bwyd Time (Food Time) in 1995. Continuing their explorations in psychedelic pop, English language songs started creeping in amongst the Welsh, with singles such as Miss Trudy (A-side on the excellent Llangfwrog EP) and The Game of Eyes earning them a greater amount of attention from the music press, leading to the album topping the indie charts. It also led to them gaining a reputation for being madcap oddballs, something that they struggled to shake over the years (to be fair, they didn’t help themselves by dressing up as wizards etc. for the Bwyd Time sleeve…).

The success of Bwyd Time and the rise in interest in both Britpop and other Welsh bands such as Super Furry Animals led to their signing a major label deal with Fontana Records, on which they released their 4th album (still just in their early 20s), 1997’s Barafundle , which got its name from Barafundle Bay in Pembrokeshire. Still exploring a thoroughly psychedelic landscape with songs like Pen Gwag Glas, Dark Night, and The Wizard and the Lizard, their pop sensibilities really started to shine with the bi-lingual (and their most famous) single Patio Song, and the bright light of Diamond Dew. They got a fair amount of national radio play around this time, leading them tantalisingly within reach of the top 40 (the aforementioned reached 41 and 42 in the charts respectively - by the time they split up, they had become the only group to have 8 top 75 singles in the UK charts without ever breaking the top 40). It could be argued that the more pastoral folkiness that crept into their later music really started at Barafundle , with the quieter and more gentle leanings of Different Rooms, Heywood Lane and Sometimes the Father is the Son.

The band released one further album for Fontana before being dropped. Gorky 5 is slightly more subdued than Barafundle , but contains some of their best singles - the rocking stomp and… sweetness… of Sweet Johnny and Let’s Get Together(In Our Minds), as well as the single that never was, Hush the Warmth (promo copies and B-sides exist, but Fontana dropped them before it was released). The band moved to Mantra for their next album Spanish Dance Troupe . Before the album was released, John Lawrence, one of the band’s driving forces and songwriters, decided to leave the band (I seem to remember reading that he thought they were getting too commercial[!]). The album continued to bring them a new audience, helped along by Adam & Joe directed videos (they directed those for Sweet Johnny and Poodle Rockin’), heading more into the folky parts alongside the pop. They released two further albums with Mantra, The Blue Trees (a largely acoustic mini-album) and How I Long to Feel that Summer in My Heart , before releasing final album Sleep/Holiday through Sanctuary in 2003, finally splitting up in 2006.

Their post Barafundle/Spanish Dance Troupe releases are still wonderful albums, but a little bit of their early magic left following John Lawrence’s departure. Euros Childs has been prolific in releasing solo material in the last 15 years, putting out albums on a variety of labels before starting his own National Elf imprint. All his self-released records can be downloaded for free, and vary from his skewed pop ( Son of Euro Child , Situation Comedy , House Arrest ), to the more experimental albums like Refresh! and Face Dripping . He also did an album with Norman Blake under the name Jonny, and has joined Teenage Fanclub on keyboards in the past year or so. John Lawrence made two albums under the name Infinity Chimps that are worth a listen (1st electronica, the 2nd more of a mix-up). He’s also released some stuff under his own name, which is pretty variable. Richard James has had a few folky albums out, and I think has been involved in some soundtrack work, as well is working with Accü (her Echo the Red album is well worth checking out).

On a personal note, Gorky’s and Euros’ music have been a huge part of my life. I discovered them aged 14 when they played Patio Song and Young Girls and Happy Endings on Jools Holland and something about their accessible awkwardness struck a chord with me. That Saturday I headed to Virgin Megastore in Croydon and bought Bwyd Time on CD and couldn’t stop listening to it. They were the first band I listened to that were completely mine, and not something that my brother could claim as being something he’d put me on to. They also made me realise there was were more interesting things on the fringes, outside of my then diet of Radiohead, Nirvana, Smashing Pumpkins and Blur etc, having a massive impact on my cultural tastes/encouraging me to look further afield. I actually would be quite a different person if I hadn’t discovered them. I’ve put my favourite album down as Barafundle below, although Bwyd Time probably has the edge for me, as it’s still easily available to stream/download. None of their Ankst stuff has been reissued and is only available second-hand/isn’t streamable (there’s only two Ankst era songs on Spotify), which is a real shame. Hopefully they’ll get the full reissue treatment at some point, as there are so many gems. Barafundle is an excellent starting point, and if anyone really enjoys their odder side, Bwyd Time and Tatay are two superb albums. 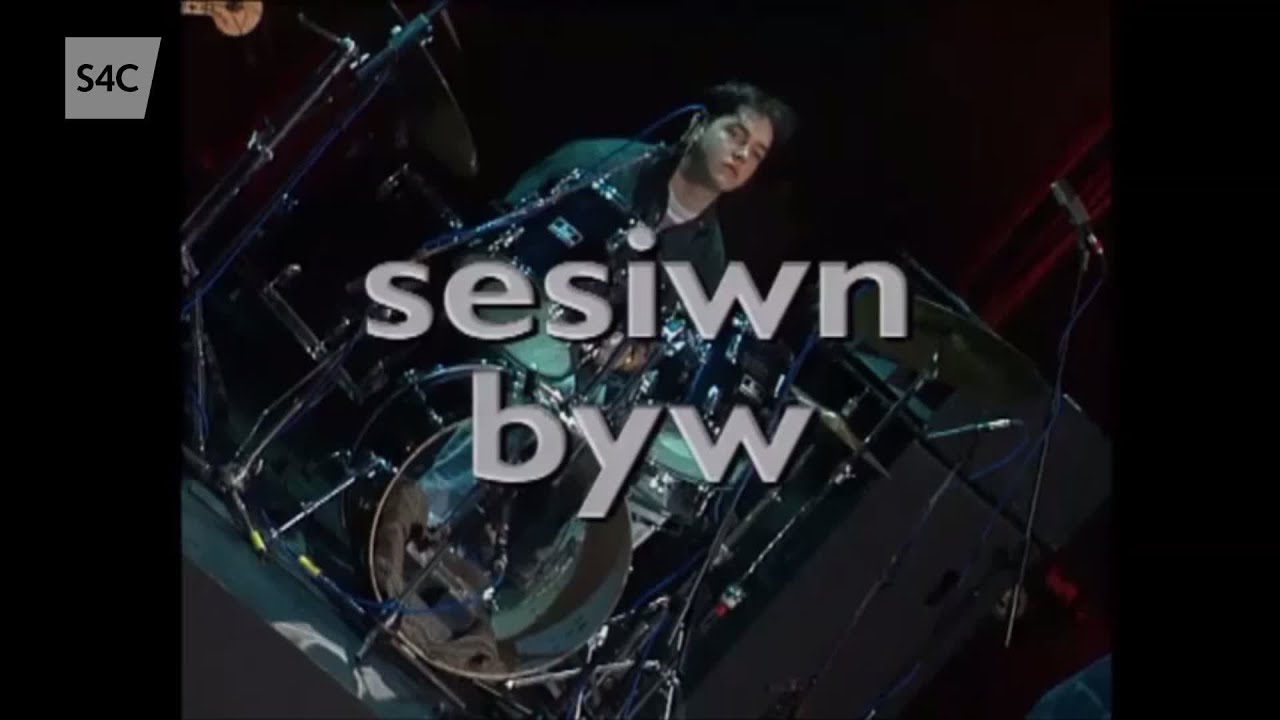 Gorky Prime, a playlist by Mark on Spotify

Thanks for doing these primers, @shrewbie. Really enjoying them.

There’s very little early Gorky’s on Spotify (which is a massive shame - most of their best stuff is missing), so here’s a bonus Ankst-era Youtube playlist:

cheers, never listened to Gorky’s at all really so was looking forward to this one. have enjoyed some of the Euros solo stuff I’ve heard

Love Gorkys. Like you, my first exposure to them was Young Girls and Happy Endings and Patio Song, them being played on the Evening Session. There was something so odd, yet instantly accessible about them. Thought I had Tatay floating around somewhere, but maybe it was just a case of knowing about it and never actually getting hold of it. Might have to have a sneaky Soulseek browse later today.

Saw them live a couple of times, the most memorable being at the Maidstone Union Bar with approximately 10 other people and Olivia Tremor Control supporting. What a gig that was! And they played Heart Of Kentucky, which quickly became one of my favourite songs. Took me a while to track it down, but this then became one of my favourite possessions. I really must get my turntable back in play:

really love this Euros solo song in spite of it’s length and simplicity, I think the lyrics, melody and delivery are really beautiful which is the hallmark of his best stuff really 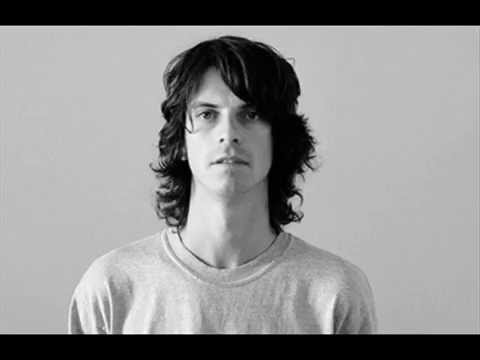 “summers that I thought were behind me, came rushing into shadows to find me” is a very simple but beautiful lyric that really evokes a lot I think

Saw them live a couple of times, the most memorable being at the Maidstone Union Bar with approximately 10 other people and Olivia Tremor Control supporting.

Really wanted to go to the London date on that tour, but was 15, had no one to go with and was a bit scared I wouldn’t get in (over 18s). Shame - I love OTC (did get to see them eventually - amazing live), and it was the last opportunity I had to see them with John Lawrence still in the band. Did see them a lot after that though. Last time was on my 21st birthday in Dublin. They played Heart of Kentucky that night - was ace. Got a signed setlist from that gig somewhere.

Love the Alan Holmes covers on the Ankst records.

Wish they would re-issue their early stuff. I’ve only really got into them in the past few years and have had to use Youtube to listen to the Ankst releases.

Bit annoyed that I ordered the Llanfair etc. (In Space) E.P. from the Super Furries off Ankst records back when they still existed. Saw all the Gorky’s records listed but just thought “they look weird” and ignored them!

He’s got a way with a melody. This is a really pretty one from his solo stuff: 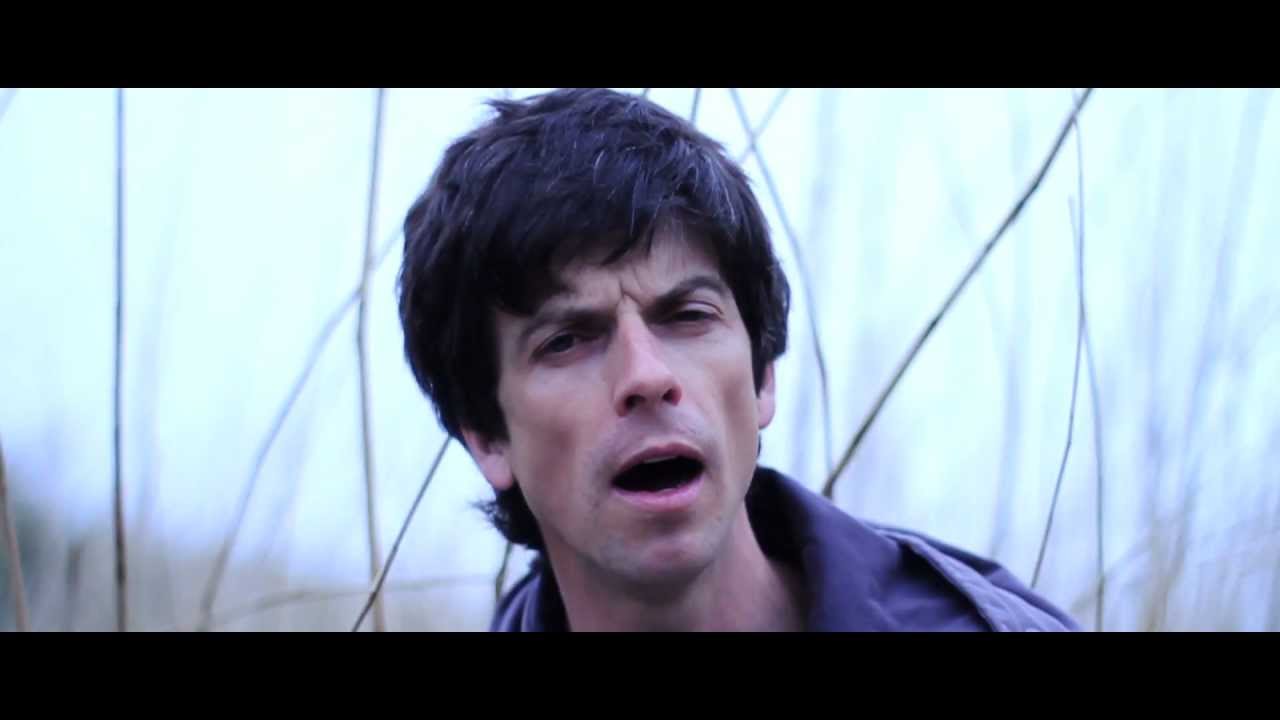 Love his more wonky lyrics too:

Only ever heard Patio Song from Shine 7, but despite it being 20-odd years since I’d have heard it I can recall it note for note and it sounds good. Looking forward to digging in!

A band I know nothing about but have always intended to check out. Cheers for this

Thanks @shrewbie for another great primer.

I adore Gorky’s - along with Electrelane probably my favourite British band.

Can’t remember when I first heard them, wasn’t really early as I didn’t manage to hear the early releases for ages.

Can’t really pick a favourite album, one of those rare artists where I like all the albums just depending on mood.

Never quite connected with Euros solo stuff and I guess I decided I’d leave Gorky’s in aspic as just a perfect friend of a band who are always a joy to listen to.

Not listened to them for a long long time, but used to love them

Will give a spin over the weekend

Love Gorky’s and Euros. I like a lot of the side project-stuff too: 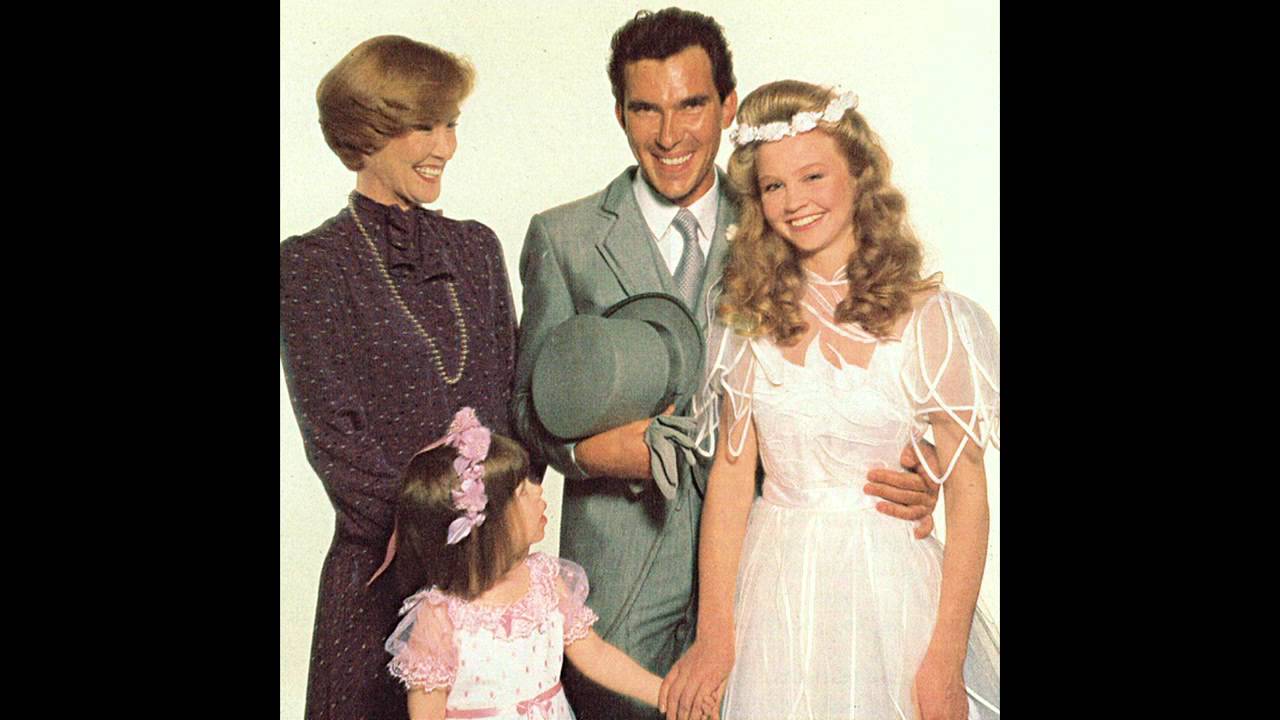 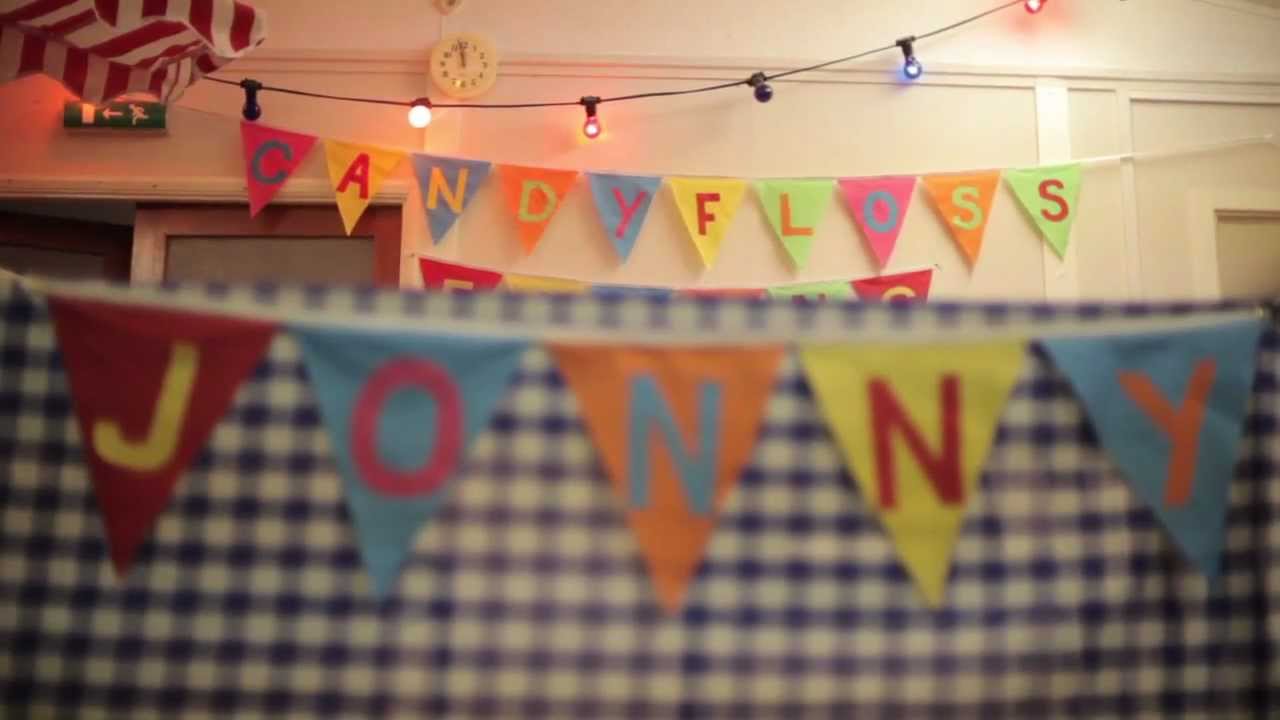 And I’m rather taken with this cover of a Jimmy Campbell song: 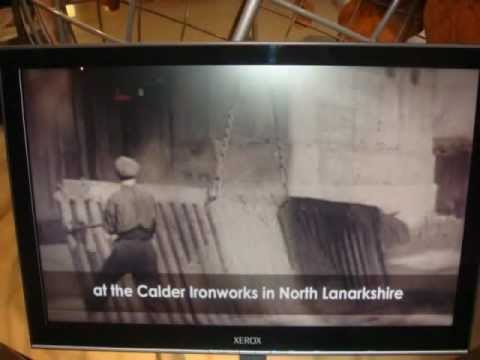 And if you’re new to Gorky’s then Barafundle is probably the best entry point. I like some the stuff that preceded this lots too. The If Fingers Were Xylophones/Moon Beats Yellow 7" is one of my favourite things. 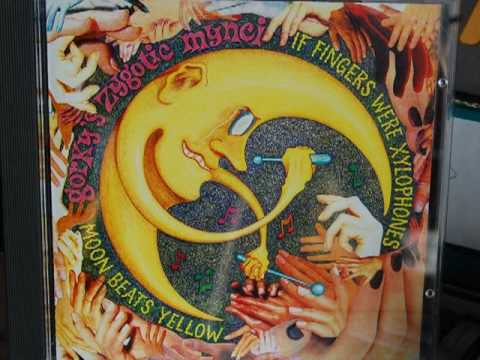 Might link Elis James to this, he loves em

Saw them only the once back in 2003 at Camden’s Lock 17 on the How I Long to Feel That Summer in My Heart tour. Wonderful show. My favourite album of theirs would probably be Spanish Dance Troupe but all their albums are lovely in their own unique way.