The one where people are married to and have sex with everyday objects. Forget the name but it was about 15 years ago and featured a woman madly in love with a fairground ride called ‘1001 nachts’. “I love you, 1001 nachts” she would say as she lay on the floor, caressing and kissing the rusted base of the ride. Top, top bantz

@AQOS are we lumping multiple docs in a series all under the same umbrella or do we vote for individual entries in the series?

Just lump em in I reckon.

does 30 for 30 count as a series or do I need to vote for specific ones?

Is it basically just Hoop Dreams and everything else? 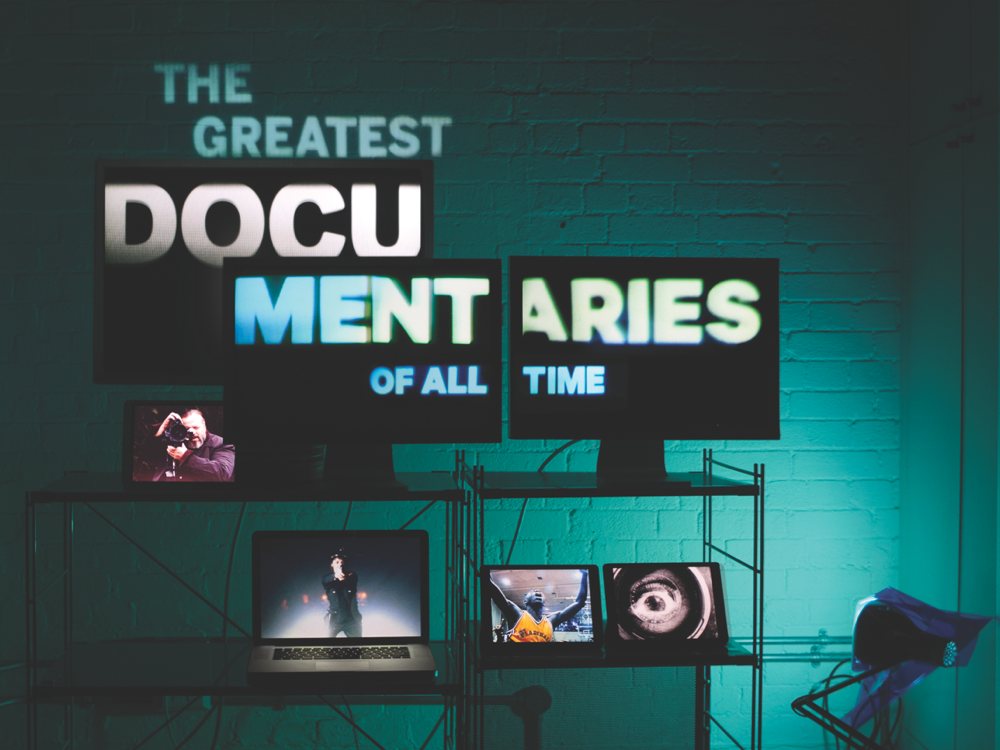 The Greatest Documentaries of All Time | Sight & Sound

This magazine has been conducting its famous once-a-decade poll of the greatest films in history for most of that history. The 100 Best Documentaries of All Time

As Oscar Wilde once said, "The truth is never pure and rarely simple." Fair enough: Here are our Top 100 Documentaries of All Time.

looking at wiki map, seems like I put in 6 or 7 global south ones, including top 2- ‘Sherpa’ and ‘nostalgia for the light’.
have you seen ‘life, animated’? I didn’t put it in, but is a doc I think you’d like.

Definitely gonna watch more documentaries after researching this. Probably just the ones about music and film though tbh

Again. Won’t vote but will follow. I hope Dark Days makes an appearance.

Yeah! I loved it. Coenwrhouse put it on for free for a homeless festival and it was great in the cinema. The soundtrack is really good (DJ Shadow, who I wouldn’t say I was into that much normally)

Here’s another decent list of Documentaries that’s worth a look, this time the current highest scoring on letterboxd: https://letterboxd.com/moulton/list/letterboxds-official-top-100-documentaries/

@AQOS - I sent my twenty, looking forward to seeing the results, and thanks again for doing this. Gutted I couldn’t make room for the likes of 'Of Time and the City’, 'Two Years at Sea’, 'Fire at Sea’, 'The Work’ and ‘Leviathan’. No space for 'Sans Soleil’, 'The Five Obstructions’, 'Grey Gardens’ or any Wiseman films either, and I’ve not seen all of ’Shoah’, or Herzog’s ‘Lessons of Darkness’ yet, so poor form there.

I’ve not listed these films here to try and remind others to vote for them though, honest

If we voted for F for Fake and Close Up, are they valid as documentaries? Not saying I’d vote for them or maybe I would?

March of the Penguins 1
Everything Else 0.

Followed by the One Show.

Paris is Burning should obviously be #1 thanks

Ain’t done anything on this so far.

Had about five votes I think, so not exactly great going, and I haven’t even thought about my list yet.

I’ve put 20 together, trying to think what I’ve forgotten tho

Six lots of votes have come in so far. I’ve counted them up, and it’s very varied.

Not sure how much interest there is for this, shall it continue? Please let me know below if you’re planning on voting.

The initial deadline for votes has passed but if folk are still interested we can leave it open until the end of the month.

sorry juke, I was intending to do this, but it’s so hard: series vs features etc. Over 100+ years. So much out there.