DiS Users' April 2021 Album Of The Month - THE RESULTS

4. Dinosaur Jr. - Sweep It Into Space

The Reds, Pinks and Purples is as twee indie as a band name can be. It’s a solo project (I think) from a bloke called Glenn Donaldson and the sound matches what you’d expect from his moniker; melodically woozy and melancholy slacker pop. A lot of the songs sound similar but it’s a strength here as the voice and music go for sunny afternoon listening whilst walking around semi-aimlessly as I’ve been doing. It probably won’t make anyone else’s top five but I’ve enjoyed it a lot over the last couple of weeks.

Seen Du Blonde quite a few times live as well as when the artist went under the name Beth Jeans Houghton. Always was a big fan. This one is probably their best album. Just big fun guitars and excellent pop songs and there’s a brilliant ballad too. A few guest vocalists like Shirley Manson and Ezra Furman here too.

The Francis Of Delirium EP is great. For fans of Sleater Kinney, Tsunami (Jenny Toomey) and Camp Cope to name a few. Worth a listen.

I liked Dinosaur Jr. too. Nothing amazing but definitely a good album.

I thought I’d start the ball rolling before tomorrow’s releases. Not sure what’s out tomorrow but Girl In Red will be my first download and will see what you guys recommend too.

Please forgive any shameless bumps of this thread during the week. I’ll keep this thread open until Sunday 9th May so you’ll have over a week to listen to tomorrow’s releases before choosing.

Quite rare that I manage to get through enough new music in a month to do these threads justice, but have heard quite a lot I’ve enjoyed from April so will give it a go as it may never happen again. I think I’ve had a bit of a post-rock relapse this month.

BRUIT - Probably alone with this one but I love it. Post-rock with orchestral and ambient moments from Toulouse. Really like the off-kilter beats and drum-work, haunting cello and accompanying horns at times. When it goes big it goes very big. Actually got chills reminiscent of early listens to GYBE from this.

Have since gone back to investigate their debut EP ‘Monolith’, which is also really nice, and may appeal more to anyone on here that might want to investigate the band (it’s a bit more upbeat with almost jazzy rhythms?).

KAUAN - Sort of doomy post-rock/post-metal I think from Russia, with being-aboard-a-ship-trapped-in-Arctic-sea-ice type chills. Very beautiful in a dark, cold sort of way.

GODSPEED YOU! BLACK EMPEROR - Not quite the same level of chills as early GYBE but still very good. Song titles that defy comprehension by mp3 players.

THE ARMED - Don’t think I’ve fully got my head round this yet. Intense but enjoyable and fun. Described as punk rock/hardcore but defies any straightforward classification.

BEACHY HEAD - Only listened once so far but it sounded very nice.

Here’s video of a live recording of the climactic final track from the new Bruit album from inside a big church. It didn’t get much love in the Rolling Heavy thread but will give it a final go here: 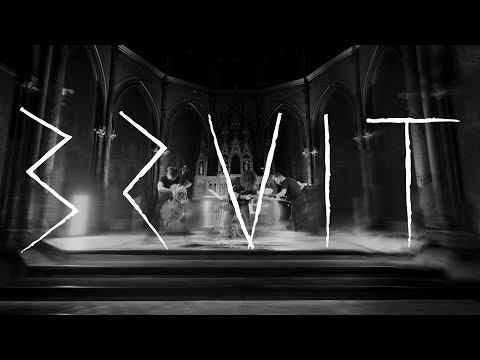 It’ll make mine if I do one. Absolutely love this LP. And the Francis of Delirium ep is alright too

Bloody hell this month is even more difficult than usual

Kauan - Ice Fleet
Beautiful Russian/Estonian post-rock that veers into heavier post-black/metal at times and back out again to wonderful effect.

Wydraddear - The Castle Above The Mist
Talking of beautiful, this brief but beguiling little album of synth drone and haunting, almost medieval sounding melodies has totally captured me. At only 23 minutes it’s almost over too soon meaning it’s become a daily requirement at the moment!

Spectral Wound - A Diabolic Thirst
At the other end of the genre scale, ferocious, rip your face off black metal from Canada!

Mesarthim - Vacuum Solution EP
Another wild swerve in black metal sub-genres with a new EP of utterly banging, blackened rave from the one man Australian outfit.

Excellent month, quite a few others I’ve enjoyed giving a few listens to as well.

Turned out to be a decent month after a slow start. Would not have discovered my top 2 were it not for the new releases threads on this forum, so thanks to the recommenders as ever.

I was late to Sasha and the Valentines, but I found myself coming back to this excellent slice of lovestruck dream pop over and over.

So You Think You Found Love?

Clariloops is basically clarinet with effects pedals. It feels really simple and maybe a bit samey, but again, I found myself getting lulled back to it again and again. It’s really rather lovely.

Sarah Louise’s Earth Bow, sort of folky drone electronica. Presented as two long suites, but also with single versions of the tracks because they are really quite accessible.

Then the Beachy Head one was Slowdivey enough to pique my interest and Du Blonde’s latest is just loads of fun. Honourable mentions too for Big|Brave and Field Music.

The new blog post. Four in a row! I’m very proud of myself.

April was an odd month, not just because it was so fucking cold but it seemed like it was going to be a bit of a musical wasteland, but the music gods shined down after all and here is some amazing…