DiS Users' January 2022 Album Of The Month - THE RESULTS

This thread is now into its 9th year. Clearly I’ve nothing better to do.

Hadn’t heard of Grace Cummings until this release. Thought it’s a brilliant album. Brilliant vocals and tunes and not a weak track on the album. Not too many reviews of this album overall although Pitchfork and The NME did and gave her 6.8/10 and 3/5. It’s far far stronger than those scores.

I liked the new Blood Red Shoes album but much preferred their previous. The other three on my list are albums I heard and didn’t mind too much rather than a thumbs-up as such. From the new tracks I’ve heard I’m not a Yard Act fan and won’t spend too much time listening to that.

Please forgive any shameless bumps of this thread during the week. I’ll keep this thread open until Sunday 6th February so you’ll have over a week to listen to tomorrow’s releases before choosing. 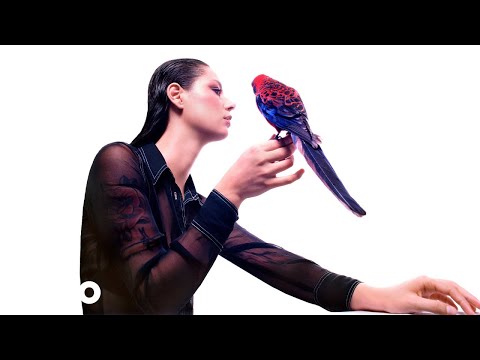 I’ve only heard 4 new albums and two new EPs so far this year, but fortunately they were rather good so;

Burial will be up there at the end of the year for me I imagine. Earl album isn’t actually as good as I’d hoped, certainly not compared to Some Rap Songs. I don’t really remember any of it when I listen again. Hopefully it will get it’s hooks in to me with time.

This thread is now into its 9th year.

Will redo after tomorrow’s releases I’m sure, but just to have something on record

Pitchfork and The NME did and gave her 6.8/10 and 3/5. It’s far far stronger than those scores

By this point that’s a good sign, surely? It’s an awesome album

Yard Act are slightly inflated due to having fond memories of seeing them live and being in Leeds for their ascendency over the last year. Although it’s still a fun album, with hints on songs like Tall Poppies and 100% Endurance of a bit more depth and a more interesting route they might take in the future.

Wasn’t expecting to be liking a Blood Red Shoes album this much in 2022, I’ve really been enjoying it though, I like the slightly beefed up electric sound they’ve got going on (since I last heard them probably a decade ago, anyway) Was disappointed their tour got pushed back.

Cat Power is a bit hit and miss, like all her cover albums tbh. When it hits it really hits though, and I’ve enjoyed letting it wash over me in a nice way a few times.

Thanks for running this as ever @BMS1 - gonna try and keep on top of new releases more this year and these threads are a huge help!

Long time lurker, is this thread just for albums or do people post EPs too?

fair game I’d say, along with mixtapes, mini albums, whatever those crazy musicians think of next

Turned out to be a surprisingly great month

On the reissue front, the compilation of Andrew Weatherall’s remixes for Heavenly is an absolute blast.

Any release more substantial than a single track is pretty much fair game.

Still need to spend proper time with lots of other recent releases. Amazing to hear BRS on such fine form.

EPs are fine and count.

There’s no real rules as such. I’ll count physical and digital releases on differing release dates. Sometimes the same album will feature on two different months for that reason.

Single releases don’t count and prefer users don’t post re-releases from “big” bands. But then being hypocritical somewhat, re-releases from a small unknown band would sort of be acceptable as it would highlight a possible unknown gem. E.g. I’d prefer a re-release of Nirvana’s well known debut album The Nevermind not to be voted for whereas if Black Tambourine re-released their album then it would be nice for them to get some retrospective recognition. But yeah, no singles but other stuff fair enough.

Good to know, thanks.

The weekly release threads are great as a things like Metacritic quite rightly just give you a list of releases that week. The weekly threads have posts where you get a small description of the music style etc. Very helpful.

Not blowing my trumpet but this thread accidentally has become a pretty useful for me in mopping stuff up at the end of the month and beyond. Mentioned it elsewhere but never heard of Nation Of Language before these threads and thanks to those voters I’ve realised that their last album to be an absolute gem.

Time for some rash decisions

Molly Nilsson best enjoyed at full headphone volume, JXF with his 4th flawless LP on a row, great brain tickling rap from AJ Suede, gorgeous guitar jazz from Oli and afro electro fun to round us out! Diverse wonderful month bodes well for the year

Slow month, but boy, last week was an explosion of excellent music. Pedro The Lion takes it by a considerable distance