DiS Users' November 2022 Album Of The Month - THE RESULTS

A quiet month for me.

Didn’t like the new First Aid Kit album on first listens but revisited it after a brilliant gig at Village Underground. A very good album it turns out; not a patch on The Lion’s Roar but that’s a hugely special album for me.

The new Big Joanie is great. Seen them live twice after their album launch at Rough Trade East. Seem like a lovely bunch and there’s some great tracks on it.

Liked Sarathy Korwar’s new one but only only heard it once and that’s another I’ll definitely go back to.

Nothing else really grabbed me much. Gave the new Weyes Blood album as I’ve a ticket for her gig next year. Her Front Row Seat To Earth album was stunning and the follow up was good but not great for me. The new one just bored me. Sounded like outro music to a slushy or cheesy Netflix film but nothing good like The Princess Switch series but something rubbish. Inevitably I’ll revisit before the gig.

Always a lot of great recommendations from you guys about albums that I’ve missed or overlooked. Not sure what else is out tomorrow except so I’ll see what you guys come up with.

Please forgive any shameless bumps of this thread during the week. I’ll keep this thread open until Sunday 4th December and so you’ll have over a week to listen to tomorrow’s releases before choosing.

lots of relistens to come plus tomorrow’s releases, but for now

Just jumping in prematurely to say that while it was initially confusing, repeated listens have revealed the new Pumpkins “1/3rd of an album” to be great. 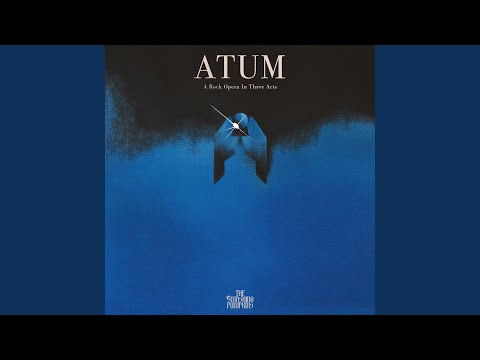 How many listens did it take? Unfortunately it still sounds like a piece of shit to me after 3 listens. They are my favourite band and so I’m not a pumpkins hater, but I just fail to see how ANY of this album can be called great.

Any of the 100s of B-sides that Billy was spewing out for fun in the 90s would beat this. Perhaps he should have done what some authors have done in the past, and hoarded material to release at a later date once the creative juices dried up. He had enough 5 star material written in the early days to keep them in decent albums for years.

I listened one time a day 4 days in a row and then gave it a several day break. Think on listen 4 it was pretty good but inconsistent, listen 5 it was mostly good, listen 6 it was great and now I can’t get anything out of my head. Not going to pretend I love it in the same way or at the same level that I do the original run of course, but as a standalone album I think it’s very good and enjoyable.

Agree about the quality of everything in the 90s of course. It probably would have been better for his longterm reputation to have done what you’re suggesting but I don’t think he’s built that way - despite his (completely justified) fixation on legacy, I get the sense he always needs to be creating and pushing himself in an uncomfortable direction. I personally love that he’s done things the way he has though because it means we got both a) the completely unparalleled massive and otherworldly A+++ release cycle of the original run and b) the still great post-reformation output which I also love and honestly am listening to constantly.

Also recommend Slaney Bay - A Life Worth Living, an EP, for any Wolf Alice fans.

These are pretty much the only albums I liked this month, but fortunately they’re all terrific.

Mount Kimbie shades it thanks to the Dom Maker half of the record, but nowt really between the 2-5 spots.

Yeah not the greatest of months:

This is very good - cheers

not seeing much to grab me from Friday’s releases, so i’ll just do some juggling of the order. Nothing to love this month, but a strong bunch of very good albums

Richard Dawson will be great I’m sure, but not had the energy to get to it yet!

Bubbling - First Aid Kit, Actress, Arovane/Taylor Deupree, all them Sault albums (or was that last month? ) Also…Bruce Springsteen wasn’t as bad as I was expecting. Need to give Richard Dawson a listen

November finally slowed down with the new releases, but there was still some great stuff.

November Music Round Up 2022

Thankfully things have slowed down this month. I’m still finding albums from October that I’d missed (and have included some of them here) This month post rock got its claws back into me. I was alm…