You’re one of my faves too!! I would love to drink some sours with you sometime.

OOO, I knew this question would come up! Lemme go take a photo… It twitches and moves

and it’s getting longer… and longer… I like to imagine that I’ll wake up one day in bed to find that it’s lightly caressing my face with its fronds.

It twitches and moves

and it’s getting longer… and longer

I would love to drink some sours with you sometime.

Plant is an absolute beaut, love the pattern on the leaves, ruddy good choice

Hi Witches! Who is your favourite fictional witch and why?

I would like to steal one of your questions and ask what colour crayon you would be?

Also, you have great taste, if you have time could you show me your favourite item with any kind of pattern on it please?

Thank you for your time and consideration

anything to add on Scottish politics?

Haha!!! I find this all a wee bit amusing, I have never considered myself particularly positive until people started mentioning it on here… I always thought I could be moderately negative

It’s nice to hear though, thanks :D. It’s definitely not a conscious thing… I do worry, is it an annoying trait? I did have a conversation not that long ago where someone got incredibly pissed off with me for attempting to shine some positivity on what they were talking about. I think they were just wanting a rant and I was ruining it for them HEYHO! What can you do? Haha. Was just trying to help.

Hey witches, if you were approached by an actual witch who said she could make you a potion that could do literally anything to you or anyone you gave it to, what would you ask for? Actually - only kidding. You have loads of questions to answer. Don’t answer this one. Keep going!

also my response in advance to whatever you reply with: 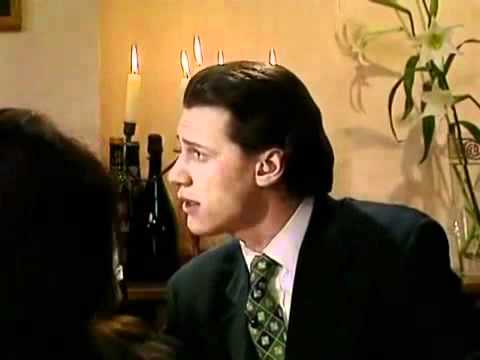 Hey witches, how good are you at using chopsticks?

Was looking forward to this question! It’s this dude - Love me some giant sloth action!! Megatherium is it’s name… and now that I’ve read into it I’m not entirely sure it’s classed as a Dinosaur. Can I still have it though? I really enjoy hanging out with it at the Natural History Museum.

Hmm… Bunny name… Aw man, I was thinking about Greebo today, you know, Nanny Oggs Cat in Wyrd Sisters? That? If not that, becuase I realise Greebo is a cat, theeeen I’d probably go for something that would annoy the bf, like Muffin, or Pudding, some kind of stupid name. Actually, what about Bigfoot!? Rabbits have big feet… and bigfoot is fucking cool. So many options. I’d probably do what I did when I was little and give my rabbit two names and stick a “von” in the middle. Like my rabbit was called Speedy Von Floppy. Because well, yeah, couldn’t decide, could I? This was stolen from Super Mario World. I was particularly fond of the Castle with Ludwig Von Koopa. It was well easy yo. Christ, I do talk a load of shite, don’t I?

What is your favourite kind/flavour of doughnut?

OH! Interesting… hum… biggest as in the most amount of food I’ve had in one sitting? Or like managing to eat a whole turkey to myself? That is not my answer! I just need to clarify before answering.

I think it’s an incredibly positive thing, and something I’m consciously trying to work on myself (having been raised to be cynical about EVERYTHING and learning that it’s mostly a self-defence mechanism).

I genuinely think it’s a better way to be and I’m envious of how naturally it seems to come to you. I’d go as far as saying that it’s a major factor in what’s made newDiS a better place as, unless I’m mistaken, you joined with new DiS and weren’t sullied with the social hangups of the old board.

Megatherium is not technically a dinosaur, but it’s within the spirit of the question as I’ve allowed a couple of Pterodactyls and a Woolly Mammoth so far.

This is an amazing name.

Hi Witches. All your posts make me smile. Thank you.

What are your to-go Chinese and Indian dishes when you can’t be bothered to sample from the menu?